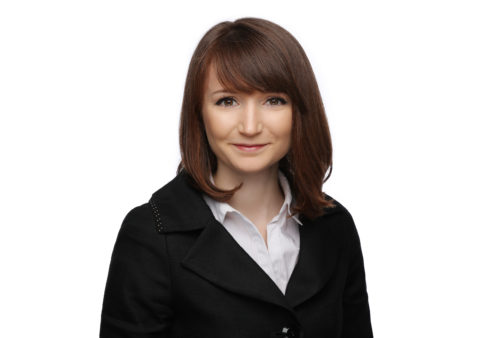 Amelia’s practice encompasses the full range of Chambers’ specialisms together with an ever-increasing public law practice. She has developed extensive trial experience, appearing in court on an almost daily basis in trials, application hearings, CCMCs and disposal hearings. Her practice combines advisory work, drafting and advocacy.

Amelia joined Chambers from the Government Legal Department where she worked in immigration litigation, the Department for Exiting the European Union and the Department for Transport. In addition to the core Chambers’ practice areas, she regularly accepts public law instructions as a JJ for the Government Legal Department and has represented the Home Office as sole counsel by way of off-panel nomination in the High Court, before the Upper Tribunal (Immigration and Asylum Chamber) and in family proceedings. She has SC Clearance (recently renewed in 2020) for the purposes of sensitive disclosure exercises and is familiar with the risk assessment guidance for the GLD.

Amelia is currently a Masters Student at the Geneva Academy where she is studying International Humanitarian Law in Armed Conflict on a part-time remote basis.

Amelia is regularly instructed in personal injury cases, including RTA claims, together with matters involving occupiers’ liability, employers’ liability and the Highways Act. Amelia prides herself on practical and to the point advice both on paper and at hearings. Having previously worked as an employed barrister in a litigation department, she is empathetic to the issues faced by solicitor firms and understands their needs and concerns.

Amelia is willing to consider instructions on a CFA basis.

Amelia developed her interest in public law whilst working in Jordan on a posting with the United Nations Refugee and Relief Works Agency (UNRWA) before then completing an internship with the International Bar Association. She is currently a Masters Student at the Geneva Academy where she is studying International Humanitarian Law in Armed Conflict on a part-time remote basis.

Amelia is a member of the Government’s Junior Junior Scheme and has been instructed to represent the government by way of off panel nomination on a number of occasions since joining Chambers in the following matters:

a) Amelia represented the Secretary of State for the Home Department in an interim relief hearing in the High Court. The Claimant challenged his ongoing detention after bail had been granted in principle by the First Tier Tribunal;

b) Amelia represented the Secretary of State for the Home Department in an urgent Oral Permission Hearing before the Upper Tribunal. She successfully resisted the grant of permission in a matter where the Claimant challenged his deportation from the UK on the basis of “very compelling circumstances”;

In her role as a Junior Junior she has also been instructed in a number of high-profile Judicial Reviews on behalf of the Government. These include:

a) Interim Relief and Judicial Review sought in a case in August/September 2021 concerning the application of the ARAP scheme in light of the collapse of the Afghan government to the Taliban and family members of the Claimant who remained in Afghanistan. Amelia was led by Gordon Nardell QC and Amelia Walker;

b) Class interim relief sought on behalf of all failed asylum seekers concerning whether failed asylum seekers should be entitled to the provision of support and accommodation pursuant to section 4 of the Immigration and Asylum Act 1999, in light of the national restrictions imposed as a result of the current coronavirus pandemic;

c) Challenge to the adequacy of investigation into deaths of Afghans in the course of a raid by a UK Army unit in Afghanistan.

Amelia is building a clinical negligence practice having completed her second six at 39 Essex Chambers where she worked with more senior members on multi-million claims against healthcare trusts and observed court of protection matters. She has a particular interest in delayed diagnosis matters and breaches of informed consent and is well-placed to give early advice on prospects in relation to liability and/or quantum, together with drafting Letters before Claim and Particulars of Claim and giving pragmatic advice on early Part 36 offers.

Amelia began her employment law practice by representing clients on a pro bono basis with FRU in the Employment Tribunals. Since then she has been involved in increasingly complex cases and has recently been instructed in a number of cases by the Government Legal Department as a junior to more senior employment law practitioners across a wide range of Chambers. She is particularly sought after for her meticulous work with witnesses to assist with drafting their statements and advice in conference.

Recent cases Amelia has been involved in include:

a) A case involving a claim of disability discrimination and failure to make reasonable adjustments arising from a number of medical conditions which was pleaded at over £1 million;

b) A matter which pleaded perceived disability discrimination where the Tribunal found that although there was a perception that the Claimant was a disabled person by reason of autism, there were reasonable non-discriminatory reasons for the dismissal;

c) An individual who was dismissed whilst abroad and on furlough during the Covid-19 pandemic which has given rise to a claim for unfair dismissal, race discrimination and victimisation.

Amelia has experience in representing and advising clients in employment disputes raising the following issues:

b) Unlawful Deduction of Wages

Amelia has experience of representing insurers in disputes involving the Motor Insurance Bureau and RTA insurers’ liability. She has also appeared for insurers in property damage claims, recently representing an insurer client in a neighbourhood dispute about damage to a septic tank.

Amelia appears in Fast Track hearings defending exaggerated, dishonest and fraudulent claim, an area which she finds particularly interesting. She welcomes instructions in this area.

Amelia has also had success with findings of fraudulent misrepresentation in credit hire cases, having recently being praised on record by a Judge for her delicate cross examination on the matter which lead to him finding the credit hire contract was void.

Amelia is instructed on a frequent basis by both Claimants and Defendants in credit hire matters. She is well versed in the full range of arguments surrounding enforceability, need, period, impecuniosity and rate. She particularly enjoys credit hire matters where enforceability is in dispute, having successfully had a number of credit hire contracts rendered unenforceable on this basis.

Amelia has appeared in general common law cases and welcomes instructions in interim and final hearings in this area.

Amelia welcomes instructions in this area.

If you would like to instruct Amelia Highnam or would like help or advice in doing so, please call and talk to our excellent clerking team, led by Chief Executive/Director of Clerking, Paul Cray. Our phone number is +44 (0)20 7583 9241. Alternatively, please email us at chambers@farrarsbuilding.co.uk

Amelia went to music school and sings in a young professional choir in London. She enjoys sports, especially boxing after a hard day at the office, and when she has the time enjoys baking, cooking for friends and family and occasionally dusting off her sewing machine for a new project.