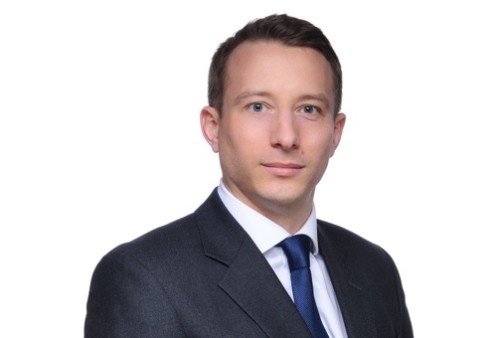 Excellent results without fail, leaving me to continue instructing James, no matter where in the country.

James started his career solely practising at the criminal Bar and he dealt with cases involving : possession of firearms; offences against the person; sexual offences; and Class A possession with intent to supply.

James retains a criminal practice specifically limited to defending in:

Serious driving matters involving serious injury and /or death; and

The case related to a road traffic collision which occurred on 10th August 2016. The Defendant was the driver of an articulated lorry which had collided with a row of stationary vehicles on the A34 near East Ilsley, Berkshire. The deceased were four of six family members who had been returning from a holiday in Devon when the collision occurred. A further victim, unrelated to the deceased, had suffered life changing injuries.

The case centred on the Defendant’s use of a mobile phone prior to the impact. His use of the device had been recorded on his lorry’s on board CCTV system. Further, tachograph data showed that the Defendant’s vehicle had been travelling at around 50mph and that any attempts to brake had only been made an instant before impact.

Sentencing in the case considered the application of the Sentencing Council’s guideline ‘Causing Death By Driving’ in cases which involve multiple fatalities. A sentence of 10 years was handed down.

A prosecution as a consequence of the defendant driver hitting a pedestrian on a bridge, as a result of which the pedestrian was thrown over a handrail and, thereafter, fell into the path of oncoming traffic below resulting in serious life changing injuries including amputation. Sentence passed – careless driving, 6 points and £250 fine.

A prosecution relating to a workplace accident involving the use of an all-terrain vehicle which resulted in life-changing head injuries. The case involved breaches Regulation 5(1), 9 (1) of the Provision and Use of Work Equipment Regulations 1998, Regulation 3(1)(c) of the Reporting of Injuries, Diseases and Dangerous Occurrences Regulations 1995 and Section 3 and 2(1) of the Health and Safety at Work Act 1974.

Turkmen v 1 Davies 2 Another (2021)
For Defendant, instructed by BLM – claim for personal injury including credit hire in the sum of £120,000 – use of motor insurance databases and motor trade search data – defence drafted alleging fundamental dishonesty on the basis of a staged collision – claim discontinued – savings of £175,000 for insurer.

Goncalves v George (2020)
For Defendant, instructed by BLM - claim for personal injury - credit hire in the sum of £85,000 – defence drafted alleging fundamental dishonesty on the basis of a staged collision – claim discontinued – savings of £163,000 for insurer.

1 Morina 2 Quduss v 1 Other (2020)
For Defendant, instructed by BLM – claim for personal injury and credit hire in the sum of £257,000 - legal argument in respect of specific disclosure – claim discontinued – advising in respect of costs - savings of £340,000 for insurer.

H v B (2019)
For Defendant - claim for personal injury with a pleaded value in excess of £1,000,000 - neuropsychological and orthopaedic evidence - advising in respect of quantum - settlement.

If you would like to instruct James Rozier or would like help or advice in doing so, please call and talk to our excellent clerking team, led by Chief Executive/Director of Clerking, Paul Cray. Our phone number is +44 (0)20 7583 9241. Alternatively, please email us at chambers@farrarsbuilding.co.uk

“James has a no nonsense and professional approach, he is always well prepared, taking instructions from his solicitors early on so as to avoid any last minute preparations, leaving you to feel calm and confident in his ability. James has a personal yet professional and confident approach, triumphing in excellent results without fail, leaving me to continue instructing James, no matter where in the country.”
Louisa Bolleurs – Solicitor

“I have instructed James in the Employment Tribunals, Employment Appeals Tribunal and County Courts in employment related matters. I also instruct James to undertake a significant amount of drafting such as merits assessments, pleadings and applications. James has covered the entire range of Employment Tribunal hearings and has always dealt with my cases excellently. I will hence doubtless continue to instruct him into the future.”
Zahir Mohammed – Herefords Solicitors

“James is an invaluable resource who is regularly retained in fast and multi-track matters including credit hire, personal injury claims and appeals. He is an astute Barrister who is able to quickly identify key issues and is meticulous in his case preparation. He has a robust advocacy style which is cogent and compelling, and clients are consistently reassured by the quality of his work. Any Solicitor instructing James can do so safe in the knowledge that he will ensure the best possible outcome in a given case.”
Matthew Griffiths – AXA Insurance UK Plc

“Very knowledgeable and approachable, with a keen eye for detail.  I always have full confidence that James will deal with cases efficiently and effectively.”
Rebecca Watt – Keoghs LLP

James has eclectic interests, ranging from surfing to what seems to be the perpetual restoration of a 1978 Triumph Spitfire 1500 which, we hear, now even starts.