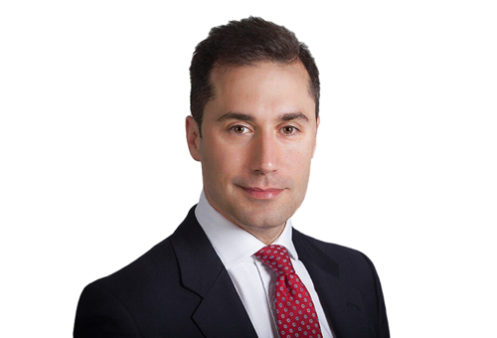 "His preparation is first-class and his advocacy is excellent - it is a pleasure to watch him in court."

NCA v EAI & Another (Operation Redroot)
Privately instructed to lead the defence of a defendant accused of corruption and perverting the course of justice by bribing Nigerian State Officials and police officers within the background of an international human trafficking network from Nigeria into Germany. The case involved substantial and complex legal argument, including the cross examination of the Chief Legal Officer for NAPTIP and the Head of the Joint Border Task Force as part of a voir dire via live link to the British Consulate in Lagos. Whilst the offences were alleged to have been committed overseas, the prosecution was commenced by the UK authorities pursuant to s2 (6) of the Modern Slavery Act 2015.

HMRC v KRO & Others (Operation Harpseal)
Instructed to represent a main conspirator in a multi-million pound VAT conspiracy to cheat HMRC. A successful outcome was achieved following an abuse of process argument.

HMRC v DH, AM, DS & Ors (Operation Incubus 2016 - present)
Criminal investigation concerning the evasion of duty on the importation of goods from Luxembourg to the UK. The alleged loss to the Revenue is estimated at £50m.

Lawson Developments v DL (2017)
Instructed to advise the defendant quantity surveyor relation to issues of illegality, concerning a claim for damages arising out of negligent advice over a building project.

NHS v JF & Ors (2016/2017)
Instructed to advise the director of an NHS consultancy firm and former partner of a global accountancy firm concerning allegations of fraud and misuse of confidential information.

R v AD & Ors (2015)
Acting on behalf of a company director for offences brought under the Companies Act and Insolvency Act.

NTS v B & Ors (2015)
Instructed to represent one of the main defendant companies in one of the UK's largest trading standards investigations so far undertaken by the National Trading Standards team. Allegations included trade mark fraud, money laundering and unfair commercial practices.

If you would like to instruct Neil Baki or would like help or advice in doing so, please call and talk to our excellent clerking team, led by Chief Executive, Alan Kilbey MBE. Our phone number is +44 (0)20 7583 9241. Alternatively, please email us at chambers@farrarsbuilding.co.uk

“A fearsome advocate and leaves no stone unturned in the defence of his clients” Legal 500, 2018. Fraud: Crime, Leading Junior

“His preparation is first class and his advocacy is excellent. It is a pleasure to watch him in Court”. Legal 500, 2017. Fraud: Crime, Leading Junior