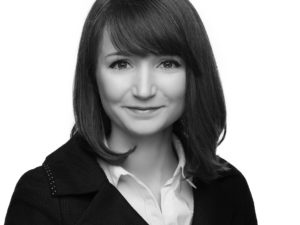 Uber drivers are now classed as workers following the Supreme Court judgment on Friday, in what is undoubtedly a land-mark ruling. The unanimous ruling from the six justices, delivered by Lord Leggatt, dismisses Uber’s appeal against the decisions of the employment tribunal, the employment appeal tribunal and the Court of Appeal.

The lengthy appeal has been in and out of the press over the years but the question that came before the Supreme Court was whether, for the purposes of the limb (b) definition of a “worker”, Uber drivers work under contracts where they undertake to perform services for Uber. It was not in dispute that the drivers undertook to perform work for Uber personally, and there was no suggestion that Uber was a client or customer of the Uber drivers, but Uber contended that the drivers were performing services solely for and under contracts made with passengers, with Uber acting as an agency.

In so arguing, Uber relied on the written agreement between Uber and the drivers which states that, when a request to book a private hire vehicle made through the Uber app is accepted, a contract is thereby created between passenger and driver, to which no Uber entity is a party and under which the driver is solely responsible for providing transportation services to the passenger.

The Supreme Court, however, was not persuaded by this submission. They identified a “difficulty” with this argument which was that the written agreement was between Uber BV and the Uber drivers. Uber BV is a Dutch company which owns the rights in the Uber app and Uber London is a subsidiary of Uber BV. There was no written agreement between Uber London and the Uber drivers. Whilst Lord Leggatt accepts that an agency relationship need not be contractual, he noted that there would at least need to be some prior communication between the parties which could be construed as the prospective driver appointing Uber London to act as a booking agent or any correspondence from the driver authorising Uber London to contract with the passengers as an agent. There was no finding of any such communication before the employment tribunal.

The Supreme Court then turned to look Autoclenz v Belcher [2011] UKSC 41. Uber had argued that the effect of the decision in Autoclenz is that a court or tribunal may disregard terms of a written agreement if it is shown that the terms in question do not represent the “true agreement” or what was “actually agreed” between the parties, as ascertained by considering all the circumstances of the case including how the parties conducted themselves in practice. If, however, there is no inconsistency between the terms of the written agreement and how the relationship operated in reality, there is no basis for departing from the written agreement. Their argument was that given there was no inconsistency in the present case, the court could not depart from the written contractual documentation to look at the relationship between the parties.

Again, the Supreme Court disagreed. Lord Leggatt states in paragraph 68 “the judgment of this court in the Autoclenz case made it clear that whether a contract is a “worker’s contract” within the meaning of the legislation designed to protect employees and other “workers” is not to be determined by applying ordinary principles of contract law such as the parol evidence rule, the signature rule and the principles that govern the rectification of contractual documents on grounds of mistake.” He noted that critical to understanding the Autoclenz case is that rights asserted by the Claimants were not contractual rights but were rights created by legislation. Therefore, the primary question is one of statutory interpretation rather than contractual interpretation.

Looking at the statute itself, the general purpose of the employment legislation relied upon by the Uber drivers was to protect vulnerable workers. It was therefore inconsistent with the legislation to treat the terms of a written contract as the starting point in determining whether an individual is a “worker”. The Supreme Court held that given that the written agreement is not the appropriate starting point in applying the statutory definition of a “worker”, the court should look to the circumstances as a whole and the nature of the relationship. This involves looking at all the factors which employment practitioners will be familiar with, with a particular emphasis on the extent of control the alleged employer has over the individuals.

Turning to the particular facts of this case, the Supreme Court noted that:

Looking at these factors, the Supreme Court found that the drivers were rightly found to be “workers”. Amelia Highnam believes this ruling will have a huge impact on the gig economy and will be heralded as a win for those vulnerable workers previously thought to fall outside the definition of “worker”.