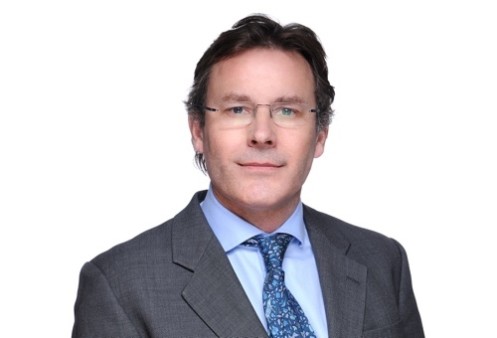 Excellent on his feet

Andrew has experience of appearing on behalf of professional bodies. In the course of Solicitors’ disciplinary work Andrew has appeared for the Law Society on a number of occasions and represented the Architects Registration Board.

Andrew has an established practice in personal injuries cases, acting for both claimants and defendants, including fatal accidents and catastrophic injury. Andrew has been instructed in cases including a diverse range of medical issues from brain injury, through chronic pain to more esoteric complaints (LHON, genetic ophthalmology), and the usual orthopaedic injuries.

Andrew has experience with pleading and advising on s.57 allegations, and strike out for fraud, and the connected subject  of surveillance   evidence. So far, where the surveillance has been strong enough to threaten strike out, the cases in which he represented insurers have settled or been discontinued. For example, in a severe brain injury claim with 24 hour care needs, where C was seen on surveillance doing construction work.

He has also dealt with attempting to reopen litigation on the basis of fraud.

He has been engaged in non-personal injury claims involving allegations of fraudulent misrepresentation.

Andrew has experience of acting in a range of general commercial claims. Examples are:

Pye v Coca Cola (2016)
The facts involved an accident in a bottling plant involving a robot run by an on-board computer. The robot suffered a glitch and the computer engineer went into the safe enclosure to repair it, which should have triggered the shut-down of the robot but when the engineer pressed the relevant button a large piece of the robot fell on him. It was found that the Italian manufacturer had written software that interrupted the safety software. A claim was issued against Coca Cola who owned the bottling plant who sued the manufacturer who had brought in the software who in turn sued the safety auditors.

Junior Bennett v (1) London & Regent Construction LTD (2) Clinton Yard (t/a CY Builders) (3) Hayden Chittell (2016)
The first and third defendants, represented by Andrew, applied to strike out a claim for damages for personal injury. It was held that it was appropriate to strike out a claim where proceedings had not been issued until the last minute and no proper attempt had been made to advance the case or to prosecute it properly in accordance with the CPR. The application was granted.

Jose de Vasconcelos v William Cooper (2014) [2014] EWHC 2290 (QB)
Andrew was acting on behalf of the Respondent, An application to vacate a trial date of a personal injury claim brought by an airline pilot while his application for a European aviation medical certificate remained outstanding was refused as the trial judge would be able to assess the likelihood of the certificate being granted based on expert medical evidence. The respondent's application granted.

Vranicki v Architects Registration Board (2007) [2007] EWHC 506 (Admin)
Andrew was acting for the Architects Registration Board in an appeal against the board’s decision to find an architect who had not provided her clients with adequate contractual protection with building contractors and who did not administer a building project properly was guilty of serious professional misconduct. The appeal was dismissed.

Rose v Dodd ICR 1776 (2005)
Court of Appeal: Intervention in a firm of solicitors does not effect not automatic termination of contracts of employment of the employees of the firm.

Hatton v Hopkins (2005)
High Court: Appeal against costs decision refusing a late application under s.11 of the Access to Justice Act 1999 for determination of costs against a protected party. A beneficiary was not entitled to wait until all possible costs orders in proceedings between him and the protected party had been made before applying.

Magus v Rush (2004)
Interim injunctive relief granted against employees setting up in competition, protecting client connection but not in the form of a straight non-competition injunction.

Fytche v Wincanton (2003)
First instance appeal against judgment holding employer liable for frost bite to driver due to hole in boot after clearing snow away from truck under the Manual Handling Regulations. Appeal succeeded. Cross Appeal under the PUWER dismissed (the case went to House of Lords).

If you would like to instruct Andrew Peebles or would like help or advice in doing so, please call and talk to our excellent clerking team, led by Chief Executive, Alan Kilbey MBE. Our phone number is +44 (0)20 7583 9241. Alternatively, please email us at chambers@farrarsbuilding.co.uk

Andrew Peebles is listed as a leading personal injury junior in Chambers & Partners.

Regularly instructed to act on behalf of defendants, as well as several claimants, in a range of personal injury matters. He is particularly experienced in the handling of claims arising from sports-related accidents and RTAs.

‘Puts the case forward in a straightforward and firm manner.’ Legal 500 2020

“Charming and approachable.” “He gives very thorough advice, is able to deal with complex matters in a very straightforward manner and takes a firm approach when needed.”
Chambers UK 2019

A favourite of defendant solicitors and insurers who brings a wealth of knowledge to a variety of personal injury claims. He is frequently instructed to deal with sports injuries, highways claims, and accidents where the client has been injured abroad or is a foreign national.

Strengths: “He does not hold back in putting his client’s case forward.”

Recent work: Instructed in Whitehead v Bruce & Others, where three drivers had a part to play in a serious RTA.
Chambers UK

In his spare time Andrew likes to travel and go fishing.