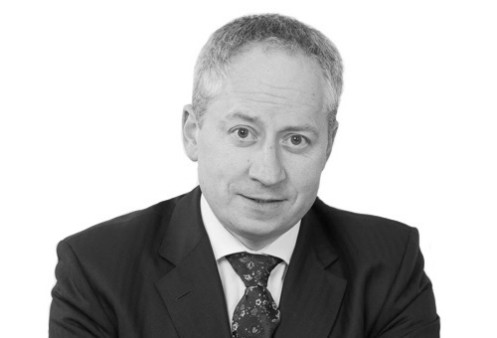 Is highly recommended for his infectious enthusiasm, availability and ability to provide outstanding advice.

Christopher Quinlan QC is a criminal and regulatory law barrister who took silk in 2011. He is a Recorder and highly-experienced chairman of numerous sport disciplinary bodies and member of disciplinary panels.

Christopher has been shortlisted for the 2015 Legal 500 awards.

Christopher is an experienced trial advocate specialising in serious crime, who took silk in 2011. He prosecutes and defends cases of the utmost gravity, including murder, manslaughter, and serious sexual allegations. By way of example, recently he prosecuted a man charged with murdering his 4-month pregnant teenage girlfriend and this year has defended a women charged with murdering her new born daughter and prosecuted a high-profile murder trial in Winchester. He is retained in murders to be tried in the autumn in South Wales and Bristol. In a recent appeal case the Lord Chief Justice (who presided over the Court of Appeal) complemented Christopher in his judgment for his “eloquent..careful and reserved submissions…”.

Christopher’s regulatory practice in Silk has included prosecuting two environmental law cases for the Natural Resources Wales. In one Christopher prosecuted a farmer charged with offences concerning the deposit of over 82,000 tonnes of waste illegally at his farm in South Wales. He allowed many local companies to dump controlled waste on his premises. In consequence, poisonous leachate escaped from the farm and polluted surrounding land. The defendant was convicted and following PoCA proceedings, his criminal benefit was assessed in excess of £3m; all of his known assets were confiscated. This (2015) summer he represented a civil engineer charged with gross negligence manslaughter in a joint HSE and CPS Headquarters’ prosecution.

Christopher advises, appears before, and chairs disciplinary tribunals in a wide variety of sports, including association football, athletics, sailing, swimming, rugby union, rugby league, horseracing and equestrian, motorsport, lawn tennis, boxing and golf. He chaired selection appeals for the 2012 London Olympics and the 2014 Glasgow Commonwealth Games. He regularly chairs disciplinary and anti-doping hearings for the World Rugby, EPCR, 6Nations, RFU and the FA. That work includes on-field disciplinary issues, as well as regulatory and competition appeals. He was a Judicial Officer at the 2007 and 2011 Rugby World Cups and will act in that capacity during the 2015 Tournament in England. He has an international reputation as an expert in anti-doping regulations. In 2014 he accepted an invitation to became a member of World Rugby’s Anti-Doping Advisory Committee and he advises World Rugby on all anti-doping matters.

As an advocate Christopher has represented athletes and others before disciplinary tribunals. That work includes representing a professional golfer, a professional racing driver (before the Motor Sport Council National Court), the Mitsubishi Motors (UK) British Rally Team, as well as horse trainers charged in proceedings before the Disciplinary Panel of the British Horseracing Authority. He recently advised the International Sailing Federation in relation to a hearing before CAS arising out of the 2013 America’s Cup.

‘The Quinlan Review’ was published in September 2016. Christopher was appointed to lead a review of the structure, composition and operation of the British Horseracing Authority (BHA) Disciplinary Panel, Appeal Board and Licensing Committee following the Jim Best case. The resulting Quinlan Review made far-reaching recommendations in order to bring the process in line with current best practice. The Review received universal support in the industry. The BHA accepted all 24 recommendations. Click here to read the review in full.

Christopher recently chaired an Expert Review Panel to undertake a wide-ranging independent review into the events at Wrexham Tennis Club and produced an Independent report published on 25 January 2019 by The Lawn Tennis Association (LTA). The LTA expressed their gratitude to Christopher and the Expert Panel for producing their comprehensive report and recommendations. Click here to read the media statement released by the LTA.

Read further articles by The Guardian, The Independent, and BBC News

If you would like to instruct Christopher Quinlan QC or would like help or advice in doing so, please call and talk to our excellent clerking team, led by Chief Executive, Alan Kilbey MBE. Our phone number is +44 (0)20 7583 9241. Alternatively, please email us at chambers@farrarsbuilding.co.uk

“Is highly recommended for his infectious enthusiasm, availability and ability to provide outstanding advice.”
Chambers & Partners 2014