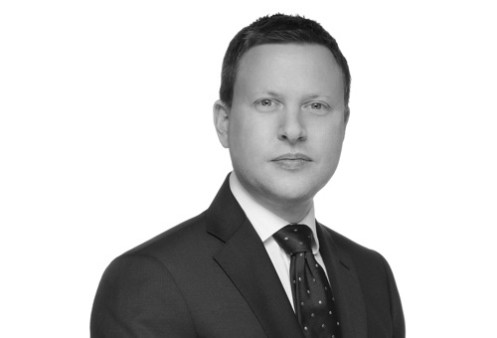 One of David's greatest strengths is his ability to communicate with clients. He is also technically excellent, helpful, approachable and turns work around quickly.

David has considerable experience of pleading and pursuing submissions in cases concerning fundamental dishonesty in the context of s.57 and QOCS. He has secured multiple findings of fundamental dishonesty and the consequent disapplication of QOCS. Recent successes include a finding of FD and removal of QOCS protection at trial, even after the Defendant driver did not attend to give evidence.

He has experience of successfully defending in cases of induced accidents, staged accidents, phantom passengers, and fabricated or exaggerated injury.

PH v Transport for London. March 2021.
Acting for the successful defendant in a two day employers’ liability trial, in a post s.69 ERRA 2013 claim alleging negligence predicated on a breach of reg. 5 PUWER 1998, and under the EL(DE)A 1969, following the collapse of a piece of work equipment. Claim dismissed, with HHJ Baucher preferring, in the context of reg. 5 PUWER 1998, the obiter dicta remarks in Cockerill v CXK & Artwise over those in Tonkins v Tapp.

LDC v Acromas Insurance Co Ltd. February 2021.
HHJ Bloom. Acting for the claimant in intensely fought quantum only proceedings. The claimant successfully achieved future loss of earnings on the basis of both a loss of a chance of future promotion, and for a substantial disadvantage on the open labour market.

A v X. June 2020.
Acting for the claimant in a subtle brain injury claim. Significant interplay between physical, psychological and neurological deficits which resulted in a personality disorder affecting his work capacity. Gross settlement at JSM over £700,000.

K v T. (November 2019).
Acting for the Defendant in a long-running chronic pain case. The claimant developed a somatoform pain disorder which magnified very minor residual orthopaedic pain sufficient to prevent him working. The claim was defended on the basis of the Claimant’s pre-existing conditions already making him vulnerable to unemployment. A high six-figure claim, but settled at JSM on terms favourable to the insurer.

B v British Airways. (November 2019).
Acting for the Defendant in a complex multi-track liability trial before HHJ Saggerson. The claim was brought by a cabin crew member who alleged that a plane violently jolted while being pushed back from the gate. Complicated flight data analysis was in issue, together with the account of an independent witness supporting the occurrence of the jolt. After cross-examination, the factual evidence from the Claimant and from the independent witness was rejected and the claim dismissed.

If you would like to instruct David Roderick or would like help or advice in doing so, please call and talk to our excellent clerking team, led by Chief Executive/Director of Clerking, Paul Cray. Our phone number is +44 (0)20 7583 9241. Alternatively, please email us at chambers@farrarsbuilding.co.uk

“One of David’s greatest strengths is his ability to communicate with clients. He is also technically excellent, helpful, and approachable and turns work around quickly.”
Hazel Madden, Thorneycroft Solicitors

“I have instructed David Roderick on a number of occasions for both personal injury and employment law matters over a number of years and have always found his advocacy, written advices and pleadings to be first rate. I would not have the slightest hesitation in recommending him to others. David is excellent with lay clients, being very friendly, approachable and able to explain complex issues so that clients understand. He is very swift in returning advices and calls.”
Andrew Murrell, Partner, Drysdales Solicitors LLP

“David’s written work is faultless. He is meticulous in his preparation and his arguments well thought out, structured and persuasive.”
Louise Bland, Partner

David previously worked in the live arts industries as a director and producer. After being called to the Bar in 2005, David read for an LLM and worked for the Financial Services Authority (now FCA), and at the DTI (now BEIS), before joining Farrar’s Building as a pupil in 2007.

On completion of pupillage David was instructed as support counsel to the Inquiry Team on the Baha Mousa Public Inquiry 2008 to 2011, and as the judicial assistant to the Chairman of the Inquiry, former Lord Justice of Appeal, Sir William Gage.