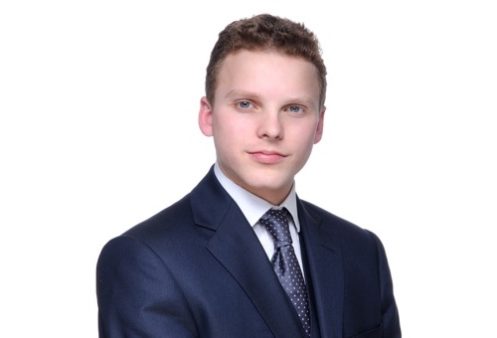 Frederick appears in court on a daily basis representing clients in trials, applications and interim hearings on the fast and multi-tracks. Due to his experience in inquests and criminal prosecutions for health and safety breaches Frederick is often able to represent parties at every stage of serious personal injury and fatal accidents cases providing a continuity of counsel throughout.

Frederick has a busy paperwork practice and is instructed to provide advice on liability, tactics, evidence and quantum. He also regularly drafts statements of case, including schedules and counter-schedules. He is able to turn around documents quickly when required.

Frederick is often instructed on behalf of claimants in clinical negligence cases and has particular expertise in the field of dental practitioners’ negligence.

Recent cases have included an action against an uninsured dentist who had been struck off the register. The case required consideration of issues surrounding disclosure of records where the engagement of the medical practitioner is limited and the obtaining of a freezing injunction to avoid assets within the UK being disposed of before the claim could be met. The matter concluded at trial in the Claimant’s favour with a six figure sum awarded to Frederick’s client.

Frederick has also recently been involved in cases arising out of the negligence of optometrists, physiotherapists and orthopaedic surgeons.

Frederick is regularly instructed to deal with commercial contractual disputes between companies, insurers and in matters relating to the sale of goods to consumers.

Frederick is regularly instructed both for Claimants and Defendants to deal with road traffic accidents with elements of credit hire. He is often instructed to advise on evidence and tactics or conduct trials in such cases. He is familiar with all arguments commonly raised in credit hire cases including enforceability, need, period and rate. He has been instructed to draft training manuals for solicitors and other advocates in respect of these issues. Frederick is regularly involved on the multi-track in large claims involving the hire of prestige vehicles or taxi claims where hire has exceeded £50,000.

Although Frederick’s work is divided approximately evenly between Claimant and Defendant he has been instructed by  credit hire companies to draft generic documents and provide advice on tactics with ‘books’ of hire claims often exceeding several million pounds. Frederick’s work has resulted in bulk settlements being achieved in respect of the vast majority of these cases.

He is particularly sought after where complex matters of alleged fraud, enforceability or the hire of prestige vehicles are in issue.

Frederick has particular experience advising and acting in respect of criminal health and safety matters.

Frederick is often also instructed to represent defendants in road traffic offences. He has acted in a full range of hearings from first appearances and mentions through to trials.

Frederick is instructed across the field of general common law. He has recently been instructed on a number of multi-track cases dealing with various aspects of property law including dilapidations claims, nuisance and landlord & tenant issues.

Frederick has gained considerable experience of Health & Safety matters. He has previously been instructed to advise businesses both on liability and as to the likely extent of any sentence that they face. Frederick has experience acting in trials concerning the application and interpretation of the most recent sentencing guidelines.

Recent cases which have gone to court have included:

Frederick is regularly instructed to appear on behalf of families and other interested parties at coroner’s inquests. He has developed a familiarity with the rules and procedure of coroner’s courts.

Frederick recently appeared on behalf of the family at a multi-day inquest in front of a jury. Written submissions were made to the coroner on the subject of recommendations which caused other interested parties to disclose the fact that risk assessments and procedures had been changed following the death. The subsequent civil case settled favourably.

Frederick regularly acts for individuals and insurers in cases involving contracts of insurance and credit hire.

He has gained particular experience dealing with road traffic accidents where one or more of the parties was uninsured at the time of the collision. As such he has developed a familiarity with cases involving the MIB and the uninsured and untraced drivers’ agreements. He is regularly instructed to advise both insurers and prospective claimant’s in respect of these issues.

Frederick has experience dealing with various types of insurance contracts including life, property and credit. He has been recently instructed by insurers dealing with their subrogated rights to recovery significant outlay resulting from disruption caused by the Covid-19 pandemic.

Personal injury forms the majority of Frederick’s practice. His work is approximately divided equally between Claimants and Defendants. Frederick is instructed at all stages of proceedings, from interim applications and CCMC’s through to trials. He appears in court on a near daily basis.

Frederick provides advice on quantum, liability and tactics either following pre-trial conferences or on the papers. He is particularly sought after by Defendants in cases where fraud or fundamental dishonesty is alleged.

Frederick has a familiarity with cases in the Travel Law sphere and is regularly instructed to appear in court or draft pleadings on behalf of Claimants and Defendants in cases brought under the Package Travel Regulations, Montreal or Athens conventions.

As a result of his previous career as an outdoor instructor Frederick maintains a particular interest in accidents arising out of participation in supervised high risk or ‘extreme’ sports. He has recently advised on cases involving rock climbing, scuba diving, skiing and horse riding. He is often instructed to advise on jurisdictional issues where such accidents have occurred abroad. Frederick has recently been regularly instructed to advise and provide precedent documents following the UK’s departure from the European Union.

Frederick has regular experience in cases proceeding on the fast and multi tracks where fraud or fundamental dishonesty is alleged. He acts in such cases, particularly on behalf of defendants, at least weekly.

He has successfully obtained numerous findings of fundamental dishonesty on behalf of defendants both in trials and in stand-alone applications (including two in a single week). He has also had multiple claims dismissed in full on the basis of dishonesty in part of the claim under s.57.

While he predominantly appears for defendants Frederick’s in-depth knowledge of claims, where dishonesty is alleged, make him a useful asset to claimant firms with clients facing such allegations. Frederick was recently successful in the High Court on behalf of a claimant in defending contempt of court proceedings following a finding of fundamental dishonesty in an earlier civil claim undertaken by different counsel.

Frederick has broad experience of credit hire claims in which allegations of fraudulent misrepresentation are made against agents of the credit hire organisation in order to establish that a contract is unenforceable.

Frederick has an interest in accidents occurring in the course of both competitive and non-competitive sports. Following his previous work as an outdoor instructor and expedition leader he has a particular focus on injuries sustained in ‘extreme’ sports, both at home and abroad. Frederick has recently been instructed to advise on accidents occurring in the course of football, rugby, rock climbing, skiing, scuba diving and horse riding.

Frederick maintains an interest in disciplinary tribunals arising out of competitive sports and is keen to further develop this aspect of his practice.

Frederick has a flourishing practice in claims arising from accidents which have occurred overseas. Recently he has acted for both claimants and defendants in matters where the index accidents have occurred in Spain, Cuba, The Dominican Republic, France, Germany, Cape Verde and Egypt. He has worked with a network of expert witnesses from across these jurisdictions and is happy to assist with sourcing an appropriate expert if necessary.

Frederick has experience in cases brought under the Athens and Montreal conventions. He has a particular expertise in cases in which fraud or fundamental dishonesty is alleged.

He is a member of the Pan European Organisation of Personal Injury Lawyers (PEOPIL).

If you would like to instruct Frederick Lyon or would like help or advice in doing so, please call and talk to our excellent clerking team, led by Chief Executive, Alan Kilbey MBE. Our phone number is +44 (0)20 7583 9241. Alternatively, please email us at chambers@farrarsbuilding.co.uk

Risky Business: Challenges and Changes in the Assessment of the Standard of Care Owed to Participants in Supervised ‘Extreme’ Sports, Gray’s Inn Student Law Journal, 2012.