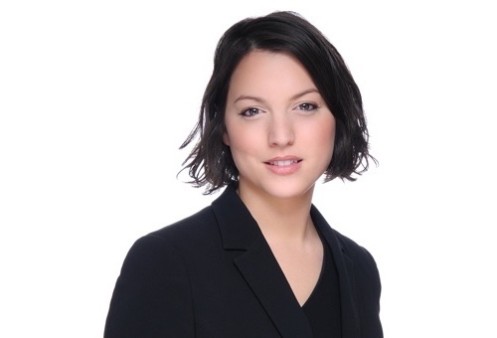 She is very thorough, well prepared and provides sound advice." "Hannah approaches matters in a manner that fills you with complete confidence.

Her fraud experience includes cases involving fraud rings, fabricated accidents and induced collisions. She has experience of cases involving exaggerated or fabricated injuries using surveillance and social media evidence. She has drafted pleadings in tort of deceit cases and advised on contempt proceedings.

She has also successfully appealed a decision on the applicability of s57 to strike out credit hire charges where the claimant lied about being injured after a road traffic accident.

H v Farrant-Parker & Antinox Ltd (2020)
Hannah was junior counsel for the claimant, led by Rhiannon Jones QC, in this claim where the claimant was 7 years old when he suffered a spinal cord injury in a road traffic accident rendering him tetraplegic. Future care, therapies and accommodation were all in issue. The case settled after JSM after the claimant turned 18 and had relocated to the United States of America for a sum in excess of $10million.

Basir v Larizadeh (2019)
Hannah represented the defendant in a successful appeal where s57 of the Criminal Justice and Courts Act 2015 was clarified and the whole of the claimant’s claim, including repairs and credit hire charges, was struck out and the defendant was awarded their indemnity costs.

JMX v C & Sabre Insurance Company Limited (2019)
Hannah represented the defendant in a case pleaded in excess of £10million. The claim settled after a counter schedule was filed for £4.93million, which was approved on 7th February 2019 by Mrs Justice Lambert.

Chalfoun & Chalfoun v Metroline Travel Ltd (2018)
Hannah represented the defendant bus company who alleged that the first claimant’s claim was fraudulent. HHJ Roberts found that the first claimant had deliberately slammed on his brakes to induce a collision with the bus and that every part of his claim was dishonest. Both claims were dismissed and QOCS was disapplied under CPR r44.16(1).

SQN v EQN (2018)
Historical sexual abuse claim arising out of alleged abuse by a step brother on his step sibling in the 1980s. The claimant contended that she could no longer work in her chosen career as a result of the psychological damage caused. Hannah represented the defendant and settled the matter at JSM.

L v TFL (2018)
Hannah represented the claimant in this fatal accident claim arising out of the Croydon tram crash on 9th November 2016. The deceased had been a self employed bricklayer and the defendant disputed the level of his earnings which the claimant was dependent on. Settlement was reached at JSM.

Howes v Harford Attachments Limited (2018)
Fatal accident claim pleaded at £200,000 arising out of a fire at the defendant’s premises. Upon receipt of the counter schedule the parties were able to negotiate a sensible settlement that the court was happy to approve. Hannah represented the defendant.

Bartley v Francis (2017)
Hannah drafted the counter schedule for the defendant in this spinal injury claim where the claimant sustained complete tetraplegia following a cycling accident. The main issues between the parties were future care, accommodation and life expectancy. Matter settled at JSM by Alan Jeffreys QC.

Killeen v Jones (2017)
In a claim brought by an Olympic cyclist Hannah represented the defendant. The claimant had been knocked off his bike by the defendant reversing out of his drive. He was claiming substantial figures for loss of earnings and sponsorship money despite having fractured his ankle at the London Olympics the previous year. The counter schedule denied causation of the losses. The parties managed to settle the claim prior to trial.

Wilkinson v Kharytonau (October 2017)
Successfully defended a claim brought by a young pedestrian who was hit by D’s motorbike as crossing the New Kent Road with stationary traffic in one lane. Although it was found D should have slowed down on approaching the pedestrian crossing the claim failed on the basis of causation as C moved out from behind the stationary bus so quickly the accident could not have been avoided even if D going 20mph.

Eugene v Ladenika (August 2017)
Obtained a finding of fundamental dishonesty as well as a referral to the Attorney General in a case where liability was admitted but D successfully challenged causation of C’s injuries. In depth cross examination on the various accounts C had given of her injuries and the medical records caused the judge to comment that there was no doubt that C was lying.

Bostock v East Midlands Trains Ltd (August 2016)
C slipped over on a frozen puddle in the car park at a train station hitting his back and head. Whilst the claim was not high value the claim itself was of significance to East Midlands as it would determine the adequacy of their entire winter maintenance plan. Successfully defended the case at trial on the basis that it was reasonable to prioritise gritting certain areas first and could not eliminate all risks.

H v Luton and Dunstable Hospital NHS Foundation Trust (QBD, 7th March 2016)
Settled fatal accident clinical negligence claim on behalf of the estate and dependants. EH attended Luton and Dunstable hospital for a laparoscopic nephrectomy in 2012 during which one of her main arteries was severed but this was not noticed. EH required a further emergency operation and she passed away two days after the initial operation. The main head of loss was for loss of services that EH provided her four children and partner. A settlement of £200,000 was reached. The settlement and appointment were approved in the QBD.

Bourne v Poznyak (2015)
Reduced a successful party’s costs by 50% for failure to engage in mediation.

Khoroshani v QBE Insurance Ltd (2015)
Reduced a credit hire claim of over £30,000 to under £17,000 by successfully arguing that as the vehicle was driveable there was no need for hire to start until the claimant's car was actually ready to be repaired.

If you would like to instruct Hannah Saxena or would like help or advice in doing so, please call and talk to our excellent clerking team, led by Chief Executive/Director of Clerking, Paul Cray. Our phone number is +44 (0)20 7583 9241. Alternatively, please email us at chambers@farrarsbuilding.co.uk

Hannah Saxena is regularly instructed by both defendant and claimant firms in high-value multi-track claims. She is experienced in the handling of cases involving catastrophic injury, fatal accidents and chronic pain.

“A very diligent barrister who goes the extra mile. The quality of her work is great and her preparation is really thorough and detailed.” “She is exceptionally dedicated, clear, timely and personable.”
Chambers UK 2022

‘Hannah is excellent with medical experts in conference and breaks down the issues quickly and deals with any matters in a very concise way.’

“She is very thorough, well prepared and provides sound advice.” “Hannah approaches matters in a manner that fills you with complete confidence and she’s very personable and approachable. She makes her clients and instructing solicitors feel very comfortable.”

Up-and-coming barrister with a versatile practice. She is regularly instructed by both defendant and claimant firms in high-value multi-track claims. She is experienced in the handling of cases involving catastrophic injury, fatal accidents and chronic pain.
Strengths: “The service that she provides is completely excellent in every respect, as is the standard and detail of her advice.” “She’s very smart, to the point and has a very smooth style.”
Chambers UK 2020