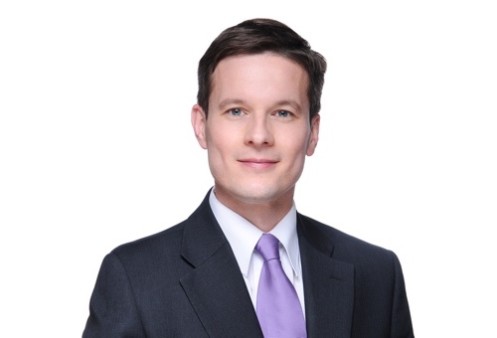 Huw is still my preferred Barrister, his passion for the job has not subsided in any way, in fact to this day he treats every case whether it be a straightforward public liability claim or one worth a million pounds with the same dedication and determination.

Huw Davies is a very effective and skilled advocate, with over 20 years’ experience, having completed pupillage at Farrar’s Building in 1999.

He has established a successful predominantly civil practice and is regularly instructed on behalf of both claimants and defendants.

His current work has a particular emphasis on high value personal injury claims, employment disputes and health and safety matters, though with his very broad range of experience he is willing and able to undertake work within the broad range of Chamber’s practice.

Huw regularly provides seminar talks on a variety of topics, is registered pupil master and advocacy teacher for Gray’s Inn and is willing to accept instructions on a licensed or public access basis.

Huw is regularly instructed in relation to costs issues (including costs budgeting) and has experience in arguing both general and technical cost points in both the County and High Courts. He has provided several seminars in relation to the Jackson Reforms and Qualified One Way Costs Shifting.

Carter v The Governing Body of Magdalen College Oxford –  a preliminary issue was successfully brought on the part of the College seeking a declaration that a discrimination claim that included a claim for injury to feelings did not benefit from QOCS protection.

Simonjana v Amey PLC – a successful application made on behalf of the defendant to recover significant costs incurred in a claim which was issued on the cusp of limitation but where no particulars of claim or claim form were served before discontinuance.

Huw practices in all areas of employment work and is a member of Chamber’s Employment group. He acts for both claimants and respondents, and regularly appears in tribunals across the country, the High Court and the Employment Appeals Tribunal. He has particular experience of discrimination claims, unfair dismissal, breach of contract and jurisdictional issues and restraint of trade.

Marsden v Bucher Municipal Ltd – successfully represented the respondent company in a preliminary hearing on the issue of jurisdiction. A former employee, working predominantly in Germany and Lativa, but spending some time in the UK, brought claims relating to his employment following his dismissal. The Tribunal held that it did not have jurisdiction to hear the claims, specifically considering and rejecting arguments as to the applicability of Bleuse principles.

Sean Hannah Limited v Webb & Co –  interim injunctions to enforce restrictive covenants were successfully obtained against a former employee who had departed from his employment as a hairdresser with the claimant client.

Huw has significant experience acting on behalf of insurer clients in advising in relation to claims in which there is suspicion of fraud, usually in a road traffic context, but also in relation to exaggerated quantum claims.

In addition to the civil aspect of such fraud, Huw has experience of criminal fraud proceedings, having been led by Douglas Day QC in an 8 month fraud trial at Southwark Crown Court.

Page v Khalid & Zenith – A successful defence to an alleged road traffic collision with a finding of fundamental dishonesty made and recovery of costs on behalf of the insurer client.

Huw is regularly instructed on a very wide range of general common law disputes particularly those with an insurance dimension, including contractual disputes, sale and carriage of goods, consumer credit, building disputes, boundary disputes, estate agency disputes, subsidence claims, tortious interference with goods and property. He has also experience of Data Protection and Freedom of Information issues and has appeared before the Information Tribunal in the leading case on disclosure of medical records to third parties under the FOIA.

Huw is regularly instructed to represent companies who find themselves prosecuted under Health and Safety legislation. He provides advisory services in relation to evidential and sentencing matters. He appears in the Magistrates, Crown and Coroner’s Courts for interlocutory, trial and sentencing stages.

Huw is regularly instructed on behalf of both bereaved families and insurers to provide representation at Coroner’s Inquests, particularly in relation to fatal accidents occurring at work.

Recent inquests of interest include:

Re Powell – Acted on behalf of a driver involved in a fatal collision with a pedestrian. Issues arose as to delay in arrival of the ambulance services and subsequent medical treatment.

Re D– Acted on behalf of the family in relation to a death as a result of altitude sickness whilst hiking in the Hindu Kush.

Huw acts for insurance interests in a variety of insurance related claims, including:

Recent cases of interest include

A significant proportion of his work involves instructions on behalf of local councils and companies involved in public authority works.

Recent claims of interest include:

Healy v Collins – successful compromise of a claim on behalf of defendant client. The claim involved a claim by the family of the deceased who committed suicide a year following a road traffic collision. Complicated issues of causation arose as to the effect of the index accident to the subsequent suicide, as well as issues as to quantification of losses flowing from the suicide.

Harvey v Amey – compromise of a claim following amputation of a number of fingers following work on the railway lines. The claim raised difficult issues as to the application of the Ogden Tables where the claimant remained in employment with little risk to his employment but would be considered to be disabled.

Mills v Amey Ltd – Successful quantum trial on behalf of Defendant where C fell over £1 million short of a historic part 36 offer made on behalf of the Defendant.

Davies v James – Led by Aland Jeffreys QC on behalf of the Defendant in a catastrophic injury claim.

Styche v Bausek – Successful claim on behalf of a Claimant following significant injuries arising from a horse riding accident, with both liability and quantum in dispute.

Huw has considerable experience dealing with all aspects of fraud. He has had previous experience of criminal fraud
(being involved in a nine month commercial fraud trial at Southwark Crown Court) but now deals predominantly in motor fraud and personal injury claims with elements of fraud and fundamental dishonesty.

He is regularly instructed on behalf of insurers to advise in relation to potential fraudulent claims and to conduct trials where fraud and dishonesty are in issue.

Huw has given regular talks and training in relation to dishonest claims.

From 2001 – 2004 and 2010, Huw was a member of the Aitken Team on the Bloody Sunday Inquiry, representing some 30 former military personnel and civil servants. He had primary responsibility for the co-ordination and organisation of the Aitken Team Closing Submissions.

This long term involvement has provided a unique experience in the handling and analysis of vast quantities of evidence and exposure to many diverse areas of the law, including Human Rights, Judicial Review and Public Interest Immunity.

If you would like to instruct Huw Davies or would like help or advice in doing so, please call and talk to our excellent clerking team, led by Chief Executive/Director of Clerking, Paul Cray. Our phone number is +44 (0)20 7583 9241. Alternatively, please email us at chambers@farrarsbuilding.co.uk

“Huw is still my preferred Barrister, his passion for the job has not subsided in any way, in fact to this day he treats every case whether it be a straightforward public liability claim or one worth a million pounds with the same dedication and determination.”

“I have worked with Huw on a number of different cases over the last 10 years. His expert knowledge, attention to detail and great advocacy skills never cease to impress me.”

Huw sadly realised at a very young age that he would never make a professional sportsman, having two left feet and no co-ordination. He is however a fanatical Welsh rugby fan and will happily talk about rugby at length with anyone who would care to listen.

Having been brought up in Hong Kong he has retained a keen interest in travel, and will gladly take instructions from anyone willing to send him to an exotic location, though will be more than happy to attend the District Registry at Hull County Court if needs must.