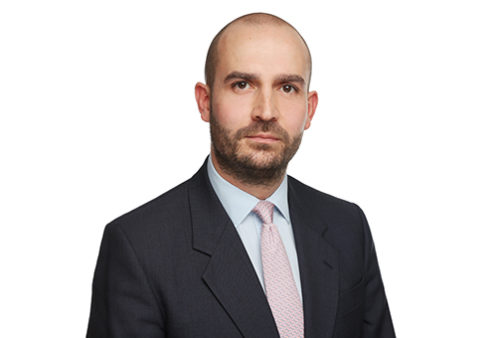 John has considerable trial experience and is well regarded by Instructing Solicitors as a tenacious and extremely effective courtroom advocate. As well as regularly appearing at trial his practice involves providing written advice on issues of liability, quantum, evidence and tactics as well as all drafting including complex pleadings and schedules of loss.

John also has experience of industrial disease work, principally Nosie Induced Hearing Loss, and occupational stress claims. He has detailed knowledge of the issues that commonly arise in such litigation.

John has particular experience and expertise in cases involving allegations of fraud and/or fundamental dishonesty. Acting primarily for Defendants in this area, he has secured a number of findings of fundamental dishonesty for insurer clients both after trial and following stand-alone applications. He has experience of cases involving the use of surveillance footage, telematics and other intelligence evidence as well as cases involving fabricated or induced accidents, often requiring detailed consideration of expert engineering evidence.

John has significant experience in the field of regulatory and professional discipline, with a particular focus on the healthcare sector. He has regularly appeared before disciplinary tribunals and in particular the Nursing and Midwifery Council’s Conduct and Competence Committee in Fitness to Practice hearings. He has experience in dealing with substantial and complex cases often involving serious allegations of misconduct and lack of competence.

John also practises in the field of sports law. He has been appointed as a Judicial Panel Member for the Rugby Football Union hearing disciplinary hearings involving both on and off-field conduct at Levels 1-5 of the game.

John also has wider experience of other regulatory proceedings, including claims management services regulation, having represented the first ever company to be prosecuted for offences under the Compensation Act 2006.

John’s practice also covers the regulatory aspects of sports law. He has been appointed as a Judicial Panel Member for the Rugby Football Union hearing disciplinary hearings involving both on and off-field conduct at Levels 1-5 of the game.

John is experienced in advising in respect of issues concerning disputed and/or multiple RTA insurance cover, the provisions of the Road Traffic Act 1988, Article 75 and the application and operation of the MIB Untraced and Uninsured Drivers agreements. He also has experience of broader insurance litigation including property damage claims.

John has a broad experience of general civil and commercial litigation. His work has included actions involving breach of contract, negligence (including professional), misrepresentation and undue influence. He has experience in areas such as the sale of goods, supply of goods and services and personal guarantees. His experience also extends to the related areas of both corporate and individual insolvency.

John also has experience of property matters including both residential and commercial property. He has experience of landlord and tenant actions, possession claims (including trespassers), suspension of warrants, forfeiture of leases, orders for sale, charging orders and service charge disputes.

If you would like to instruct John Brown or would like help or advice in doing so, please call and talk to our excellent clerking team, led by Chief Executive/Director of Clerking, Paul Cray. Our phone number is +44 (0)20 7583 9241. Alternatively, please email us at chambers@farrarsbuilding.co.uk

“A solid, reliable and dependable barrister. Technically adept, well researched and thorough in his approach. Plain speaking and pragmatic in his advice… a pleasure to instruct and provides a quality of work and expertise that you can have every confidence in.”

Having been a keen rugby player in his younger days, John’s sporting interests now principally involve attempting to travel long distances very slowly by means of swimming, cycling and running. He recently completed Ironman Italy in 2019. When time allows he also enjoys playing golf and skiing.