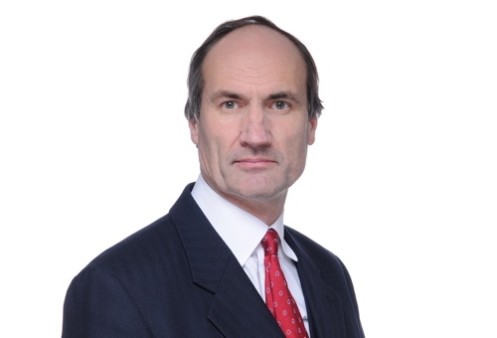 He is very responsive, thorough and a good tactician." "He is hugely reliable, very consistent with his advice and truly exceptional in his attention to detail.

The breadth of John’s experience across a range of subject areas is of particular assistance to professional and lay clients due to the nature of civil litigation that frequently includes both, for example, insurance coverage and liability issues, personal injury and costs, etc.

John acts for both claimants and defendants and receives instructions from solicitors, insurers and via public access. John is an accredited mediator and is a ‘Leading Individual’ in the Legal 500 and ranked in Chambers UK. 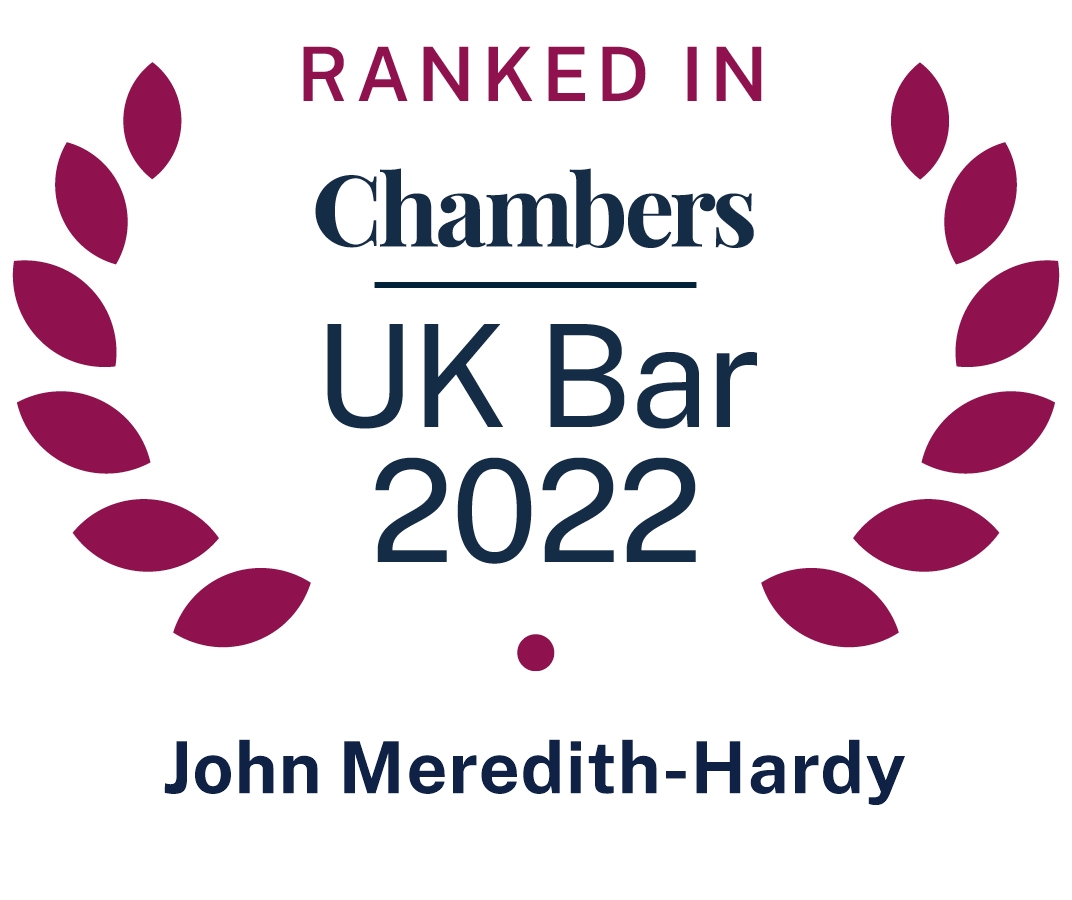 John is regularly instructed on coverage, indemnity & related disputes (including the duty of fair presentation) by insurers, the insured and insurance brokers in relation to non-consumer and consumer insurance.

John provides seminars on commercial and consumer insurance, and road traffic insurance relating to accidents in the UK, with a foreign element and abroad.

W v Royal Sun Alliance Insurance PLC – acting in a claim for an indemnity following the theft and conversion of (about) 25,000 metric tonnes of iron skimmings from a steel mill in South America

Hussain v New India Assurance Company Ltd – acting for insurers in a claim for an indemnity following destruction by fire of a care home; claim discontinued following service of the insurer’s defence

Keogh v Shakier & others – acting for the MIB by its alleged Article 75 insurer & in circumstances where the claim was defended on the basis of another insurer being responsible for coverage, the Consumer Rights Act 2015 s.49 & 50, Consumer Insurance (Disclosure and Representations) Act 2012 & ICOBS

NIG v Hussain & others – acting for insurers in a recovery claim pursuant to Monk v Warbey with Article 75, the Road Traffic Act 1988, s.151 and the MIB Uninsured Drivers Agreement being relevant to the claim

Corder v Boyd, D & MIB – RTA coverage and liability of car owners to those not permitted to drive

• advising road traffic insurers on RTA 1988, s.151(8) recoveries against the uninsured negligent driver and the insured passenger who permitted the driver to drive the vehicle

Complex issues of causation of loss and quantification of damages arise in the work undertaken by John.

Butler Farms v Vickery Ltd – acting for the successful defendant in a contractual dispute concerning the provision of dairy & farming services; following a trial the claim was dismissed

Also see under ‘Insurance’ for other claims concerning commercial law

John receives instructions in Property & related disputes such as nuisance for collapse of land, falling trees, tree roots & escape of water; Boundary disputes; Fraud and dishonesty in the commercial & employment contexts; Recovery of the proceeds of crime in the civil courts and Employment disputes & contracts.

London Borough of Redbridge v Theori Investments Ltd – acting for the defendant in a recovery claim; claim discontinued following service of Defence & application to strike out

H v a local education authority – ET hearing – sex, disability and unfair dismissal (all successful in the ET)  and pursued to a final conclusion almost to the door of the EAT (6 figure settlement)

John has significant experience acting for claimants and defendants across the full range of personal injury claims.

Smith v Mason – acting for a claimant in a serious personal injury accident in Gibraltar resulting in working-life inability to pursue pre-accident occupation; claim settled at a JSM

Edmunds v W.L. Vallance Ltd – acting for a defendant in a High Court trial on liability and quantum with regard to an accident at work allegedly resulting in brain injury; Enterprise and Regulatory Reform Act 2013 s.69 of relevance; claim dismissed

D v Gibraltar Health Authority – acting in a claim by a medical professional for work related illness in the Supreme Court of Gibraltar and in the Court of Appeal of Gibraltar; claim settled at a JSM

AAA represented by her litigation friend BBB v MIB & another – approval of a settlement of £4 million plus interim payments of £357,725 for a brain injury sustained in an RTA when age 2 & age 21 on date of settlement

John has experience of pleading and making submissions in cases concerning fundamental dishonesty in the context of s.57 and QOCS. Fraudulent misrepresentation, deceit and Fairclough v Summers strike out have been a feature of John’s practice for many years, and remain so in non-PI cases where fundamental dishonesty does not apply. John has considerable experience of fraud relating to insurance claims, coverage disputes and the provision of financial services.

John is instructed in claims against medical professionals including consultants, doctors, GPs and nurses for clinical negligence and acts for both claimants and defendants.

John has undertaken a range of professional negligence actions against solicitors for breach of duty in the conduct of personal injury, clinical negligence and commercial claims.

Instructions have included claims against mortgage brokers, architects, surveyors, accountants and IFAs for failing to discharge their duties towards their client.

John receives instructions by public access across the range of areas of work that he undertakes. Anyone can now go directly to a barrister without having to involve anyone else (e.g. a solicitor) and this presents a cost effective and efficient approach to obtaining legal advice.

John provides advice on legal status or rights, drafts documents and can provide representation in court and at mediations. John can also negotiate on your behalf by telephone, at face-to-face joint settlement meetings, mediations and at court.

Assistance in pursuing claims via the Financial Ombudsman, the Parliamentary & Health Service Ombudsman & Local Government Ombudsman can also be provided.

Recent advisory work by way of public access has included:-

• advising on the recovery of professional fees of loss adjusters following settlement of claims by reason of the Water Industry Act 1991, s.209 against a utility company

Keogh v Shakier & others
Acting for the MIB by its alleged Article 75 insurer where another insurer was stated to be on cover and Consumer Rights Act 2015 s.49 & 50, CIDRA 2012 & ICOBS were in issue

Edmunds v W.L. Vallance Ltd
High Court trial on liability and quantum with regard to an accident at work allegedly resulting in brain injury; acting for the defendant & the claim was dismissed

AAA by her litigation friend BBB v MIB & another
Settlement of £4 million plus interim payments of £357,725 for a brain injury sustained in an RTA when age 2 & age 21 on date of settlement.

SWT Ltd v Hind & Steel
Issues concerning liability for trees by an occupier and the duty of care owed by a tree surgeon to third parties.

If you would like to instruct John Meredith-Hardy or would like help or advice in doing so, please call and talk to our excellent clerking team, led by Chief Executive/Director of Clerking, Paul Cray. Our phone number is +44 (0)20 7583 9241. Alternatively, please email us at chambers@farrarsbuilding.co.uk

“His attention to detail is fantastic and his advice on high-value claims is always sound.” Chambers UK

“Once instructed he immerses himself completely in the case, considering all aspects so as to best advise.” Legal 500

“He is very responsive, thorough and a good tactician.” “He is hugely reliable, very consistent with his advice and truly exceptional in his attention to detail.”

“Very good technical counsel in relation to both specific laws and regulations and also figures, but marries that to very strong practical and pragmatic advice.”

“He is very thorough, hard-working and possesses an incisive intellect”

“He shows meticulous attention to detail”

“He has an excellent legal mind, and a charming and natural rapport with clients”

“He is great on drilling down into the details, has a robust but sympathetic approach with clients and prepares excellent schedules of loss”