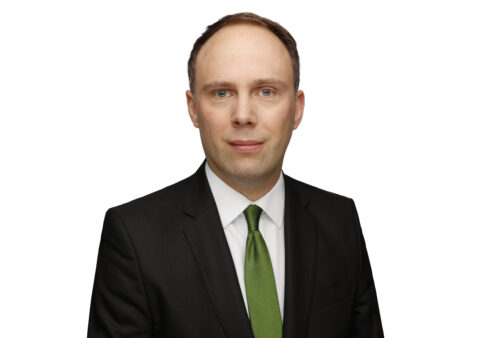 Leonard has been a practising lawyer for nearly 10 years and has a busy and diverse practice.

He appears in court daily, acting for both Claimants and Defendants in a variety of claims, including road traffic accidents, credit hire and personal injury.

Leonard is also regularly instructed through the Attorney General’s Junior-Junior scheme to draft statements of case, witness statements and to help with disclosure exercises for a range of government departments, including in national security and counter-terrorism matters.

Prior to Chambers, Leonard worked for the Government Legal Department where he specialised in judicial review claims, particularly unlawful detention, human trafficking, and asylum. Leonard also worked on the Grenfell public inquiry and was an in-house advocate representing the government in the Upper Tribunal and High Court.

In addition to personal injury and public law work, Leonard is keen to develop a regulatory practice.

Leonard is developing a busy personal injury practice. He acts for both Claimants and Defendants and has experience in a wide variety of different types of injury. He can provide written advice, draft statements of case and schedules.
Leonard is particularly interested in personal injury claims relating to prisons and the military.

Leonard is frequently instructed in credit hire matters by both Claimants and Defendants. He is familiar with all arguments including enforceability, need, impecuniosity, period and rate.

Leonard is experienced in working in public inquiries having worked on the Grenfell Public Inquiry before joining Chambers. He has significant experience in assisting in large disclosure exercises and drafting witness statements.

Leonard welcomes instructions in this area.
Before joining chambers, Leonard defended a number of private prosecutions in Regulatory matters.

Leonard welcomes instructions in this area.
Before joining Chambers, Leonard defended numerous criminal prosecutions and is keen to build on this experience in context of health and safety matters.

If you would like to instruct Leonard Wigg or would like help or advice in doing so, please call and talk to our excellent clerking team, led by Chief Executive, Alan Kilbey MBE. Our phone number is +44 (0)20 7583 9241. Alternatively, please email us at chambers@farrarsbuilding.co.uk

Leonard is an avid guitarist and spends much of his spare time writing music. He also likes painting and recently had one of his designs published. When time permits, Leonard enjoys travelling and particularly loves going to Zimbabwe.