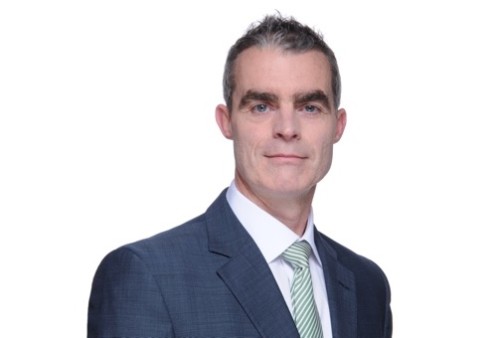 Nick has a broad civil practice, which is predominantly personal injury based, with a particular focus on high value and complex claims. His practice also includes professional and clinical negligence work, and he is regularly instructed in trusts and probate disputes.

Nick’s personal injury work consists of a busy paperwork and court based practice covering virtually every aspect of PI. He has particular interest and expertise in employer’s liability claims, including industrial disease work.  He is instructed by Claimant and Defendant solicitors and is content to take on multi-track work of any value. He has vast experience of the entire litigation cycle and is involved in all aspects, from pre-issue advice through to settlement at JSM or trial.

He is listed in the Legal 500 as a leading personal injury junior.

He also advises and appears in court on a broad range of probate matters, including challenges to the validity of wills, and to the disposition of the deceased’s estate by claims under the Inheritance (Provision for Family and Dependants) Act 1975. He regularly acts on contentious and non-contentious matters relating to the administration of estates.

Nick is regularly instructed to appear at Costs and Case Management hearings. He has represented clients at Detailed Assessments hearing and is familiar with the issues commonly raised.

Nick has experience in consent cases, failure to diagnose and/or treat cases and cases of failure to provide appropriate medical care.

Nick is experienced in advising upon and/or pursuing on a direct access basis, complaints to the Financial Ombudsman Service in respect of unsuitable advice or unfair treatment by financial advisers or pension providers, particularly in relation to investments in high risk or unregulated investments.

Mr F succeeded in his complaint that THP gave him unsuitable advice to invest in the certain unregulated collective investment schemes (UCIS), which the Ombudsman agreed were unsuitable for him. The Ombudsman found that THP shouldn’t have promoted the these non-mainstream, specialist investments to Mr F, and that risk warnings signed by Mr F were not effective in that they were superficial and “generic” failing to disclose most of the main risks of each fund, other than their unregulated nature and resulting lack of FSCS protection. Mr F was compensated in a six figure sum.

Ongoing complaint against a SIPP provider arising out of its acceptance of Ms R’s application for a SIPP to hold Store First Ltd store pods. Ms R claims that MW acted unfairly in accepting her request knowing that she was an unsophisticated investor, and when they had failed to carry out any due diligence on Stores First Ltd. The Estate is arguing that MW should compensate it in full and take ownership of the failed investments.

Nick has been appointed to and regularly sits on the Amateur Swimming Association’s Disciplinary and Dispute Resolution, and Appeals panels. He is an active member of the Professional Disciplinary and Regulatory Group within Chambers.

Nick has experience of:

Nick has been instructed by bereaved families and insurers in Inquests arising out of deaths in the workplace, in hospital and care homes, on the railways and on the roads.

Nick has a busy paperwork and Court based practice covering virtually every aspect of PI work. He has particular expertise in employer’s liability cases including industrial disease.  He is instructed by Claimant and Defendant solicitors and is content to take on multi-track work of any value. He has vast experience of the entire litigation cycle and is involved in all aspects, from pre-issue advice through to settlement at JSM or trial.

He is listed in the Legal 500 as a leading personal injury junior.

Some recent cases include:

Acting for the Claimant in a seven figure EL claim arising out of an accident at work on a construction site, resulting in multiple life changing injuries and involving experts in 9 disciplines.

Acted for the Claimant in a PL claim arising out of an accident caused by malfunctioning gymnasium equipment. Neuropsychological evidence suggested that the Claimant suffered a traumatic brain injury, leading to early retirement and a significant loss of earnings claim. Liability and quantum in issue. Settled at JSM.

Acting in an EL claim for the Claimant who suffered a serious back injury in an accident while working at height resulting in permanent disability. Liability and quantum in issue.

Acted for the Claimant widow in a fatal accident case brought on behalf of herself and her infant children and arising out of a cyclist versus bus RTA. The case involved difficult issues on liability and quantum. Settled at JSM.

Acted for the Defendant in a claim arising out of an RTA in which the Claimant bus driver suffered significant physical and psychiatric injures, leaving him with significant permanent disability, when his vehicle was in collision with machinery which fell from the Defendant’s HGV. Settled at JSM

Represented the Defendant in a claim pleaded at seven figures following an RTA as a result of which the Claimant alleged that he was suffering disabling physical, cognitive and psychological symptoms. Settled for a fraction of the pleaded value after exchange of medical evidence in 5 disciplines and disclosure of surveillance footage.

He has argued QOCS and s.57 fundamental dishonesty points from both the Claimant and Defendant standpoint and is experienced in advising on and drafting allegations of fraud and/or fundamental dishonesty in PI matters and in responding to the same, as well as dealing with surveillance evidence. Nick is also experienced in dealing with allegations of fraud in relation to wills and probate matters and in cases involving fraudulent misrepresentation and deceit.

Nick has been appointed to and regularly sits on the Amateur Swimming Association’s Disciplinary and Dispute Resolution, and Appeals panels. He has experience of advising individuals and clubs on a range of sports law matters, including disputes with governing bodies.

Nick has particular expertise in sports related injury, and has acted in claims between participants, by participants against sporting bodies and operators of sporting venues, and on behalf of injured spectators.

Nick is regularly instructed on a broad range of probate disputes, including challenges to the validity of wills, and to the disposition of the deceased’s estate by claims under the Inheritance (Provision for Family and Dependants) Act 1975.

He regularly acts on contentious and non-contentious matters relating to the administration of estates.

Advised and represented the Claimant co-habitant of the deceased at the 3 day trial of his claim for reasonable financial provision, pursuant to s.1 of the Inheritance (Provision for Family and Dependents) Act 1975 following the death of the deceased intestate.

Drafted Part 8 proceedings under s.50 Administration of Justice Act 1985, for removal and replacement of beneficiary PR’s and will trustees, who were acting in a conflict of interest, and appeared at Court in those proceedings on behalf of the Claimant beneficiary.

Advised and represented the Defendant PR and beneficiary at a 5 day trial of a claim brought against her by her siblings, all adult children of the deceased, alleging failure of the will to make reasonable financial provision for them pursuant to s.1 of the Inheritance (Provision for Family and Dependents) Act 1975 .

Represented the adult children of the deceased, who died intestate whilst living abroad, at the trial of claims for reasonable financial provision, pursuant to s.1 of the Inheritance (Provision for Family and Dependents) Act 1975 brought by an alleged cohabitee and the deceased’s infant son. Issues included domicile and jurisdiction.

If you would like to instruct Nick Blake or would like help or advice in doing so, please call and talk to our excellent clerking team, led by Chief Executive/Director of Clerking, Paul Cray. Our phone number is +44 (0)20 7583 9241. Alternatively, please email us at chambers@farrarsbuilding.co.uk

‘He is a fountain of knowledge and a credit to your Chambers.’ – Helen Townsend at HC Solicitors

‘His superb eye for detail is often case-turning’ and he is praised for his ‘great support for solicitors.’

Nick is listed as a personal injury leading junior in the Legal 500.

‘Nick has tremendous attention to detail. He prepares thoroughly and shows dogged persistence in pressing correct arguments. A counsel you can rely on when the going gets tough.’ Legal 500 2022

‘Experienced in acting for claimants and defendants across a range of personal injury matters.’
Legal 500

Nick enjoys virtually any sport, playing himself or vicariously through his children. In particular football, rugby, triathlon, sailing & skiing.