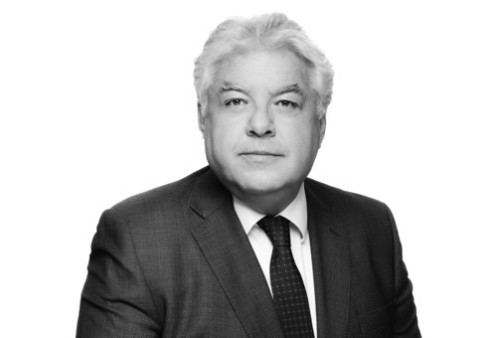 He is experienced, talented, assiduous in his preparation and much sought-after in his field.

Paul has now appeared in over 200 homicide cases, and in many major frauds. His practice also includes terrorist cases, serious sexual offences, sports law, and regulatory and Health and Safety work. He has a particular expertise in homicide cases involving children and babies, and has prosecuted and defended in many such high-profile cases across England and Wales.

R v Beckford and others (Birmingham Crown Court)
Led the successful defence of the principal defendant charged with three counts of murder arising from events during the Birmingham riots.

R v Odukoro & Others (Southwark Crown Court)
Led the successful defence of a school finance officer charged with conspiring to defraud the public purse of large sums of school funds.

R v Duvall & Others (Lewes Crown Court)
Acted for the prosecution in the multi-handed trial of a gang who attacked and killed a man on his own doorstep.

R v Osbourne & Others (Central Criminal Court)
Acted for the first defendant in a 5-month trial of a drugs-related contract murder.

R v Rogers and John (Swansea Crown Court) 2018
Successfully prosecuted a mother and son for the murder of an elderly relative in her own home.

Ongoing cases include the representation of a 17-year old defendant charged (with others) with the robbery and murder of a drugs dealer (Wolverhampton Crown Court.)

If you would like to instruct Paul Lewis QC or would like help or advice in doing so, please call and talk to our excellent clerking team, led by Chief Executive/Director of Clerking, Paul Cray. Our phone number is +44 (0)20 7583 9241. Alternatively, please email us at chambers@farrarsbuilding.co.uk

Paul Lewis Q.C. is listed as a leading silk for crime in both Chambers and Partners and the Legal 5OO.

Paul Lewis QC is noted as an expert in child murder cases, and he has appeared on either side of the docket in over 200 homicides across the whole of England and Wales. He is hugely respected by both clients and fellow professionals.

He is very good for heavy violence cases. He has great gravitas and he is an excellent cross-examiner.

“He is experienced, talented, assiduous in his preparation and much sought-after in his field.”

“He is hugely respected both by clients and fellow professionals.”

“He is a very, very good prosecutor.”

“He has a strong, robust courtroom presence.”

“He impressively cuts through the details of a case to focus on what was important.”
Recent work: Prosecuted Matthew Scully-Hicks for the murder of his recently adopted daughter.
Chambers UK 2019.

“He has a national reputation as a top criminal silk.”
“One of the best criminal defence silks.”

‘One of the most able silks at the criminal Bar.’

“Noted as an expert in child murder cases, he has appeared on either side of the docket in almost 200 homicides across the whole of England and Wales. He is hugely respected by both clients and fellow professionals.”

“He’s very, very good, he stands out over other barristers.”