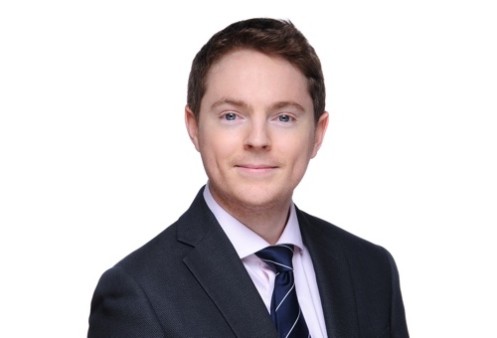 Robert has acted, predominantly on behalf of the Defendant,  in numerous cases in which fundamental dishonesty and/or fraud has been raised.

In addition to dealing with medical  and engineering evidence, his cases have involved:

(a) recordings of post-accident telephone conversations with insurers;

(d) previous statements given under caution to police officers.

Where Claimants have sought to discontinue late in the proceedings (on some occasions at the doors of Court), Robert has had success in terms of negotiating favourable costs agreements for Defendants.

He also has experience and success when acting for Claimants in cases where fraud or fundamental dishonesty has been alleged. In such circumstances, Robert has advised Claimants in conference and/or has represented them at trial.

Re Mr U (2022)
Successful for the Claimant in a case involving an ankle dislocation injury. Settled for a sum in excess of £100,000. Main issues included: (1) need for orthotics; (2) risk of degenerative arthritis; (3) future surgery; and (4) future loss of earnings.

Re Mr P (2021)
Successful for the Claimant in a case involving amputation injuries to the fingertips of the right hand. Defendant abandoned allegations of contributory negligence. Claim settled for £100,000 following receipt of expert prosthetics evidence.

Re Mr Reeves (2020)
Successful for the Claimant passenger in a claim against the insurer of the deceased driver. Main issues included: (1) contributory negligence, as the driver's toxicology test revealed the presence of cocaine and 3x the legal alcohol limit; and (2) future loss stemming from a moderate traumatic brain injury. Settled for a sum in excess of £1m gross of contributory negligence.

Samuel v SCF (2019)
Acted for the Respondent (SCF) in a 6-day Employment Tribunal hearing. Resisted claims of victimisation and discrimination because of race. Compensation for unfair dismissal reduced by 25% because of contributory fault.

Re Newman (2019)
Successful for the Claimant in a claim under the Fatal Accidents Act 1976. The Claimant's husband died when his car span off the motorway in bad weather and following a collision with another car. Proceedings issued against multiple drivers and the Highways Agency as insufficient drainage had led to hazardous levels of standing water on the motorway.

Turner v (1) Alno UK Ltd (2) SJM Kitchens (2016)
Acted for the Claimant (“C”) in ET and EAT proceedings (UKEAT/0349/15/DA). The case concerned whether or not C’s employment had TUPE-transferred from R2 to R1. R1 appealed the judge’s decision at a preliminary hearing that there had been a TUPE transfer from to R1. In the EAT, HHJ Richardson praised the “excellent, focussed oral submissions…” of Counsel.

If you would like to instruct Robert Golin or would like help or advice in doing so, please call and talk to our excellent clerking team, led by Chief Executive/Director of Clerking, Paul Cray. Our phone number is +44 (0)20 7583 9241. Alternatively, please email us at chambers@farrarsbuilding.co.uk