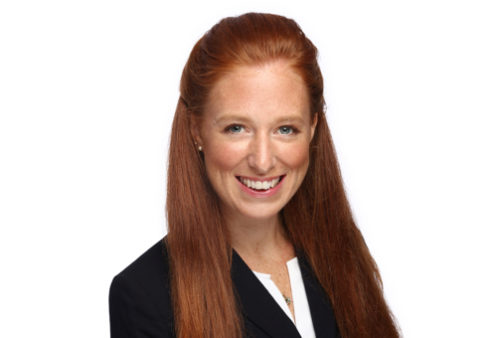 Rosalind joined Chambers as a tenant in October 2018 and is happy to consider instructions in all areas of Chambers’ expertise.

Rosalind also has a busy paperwork practice and is regularly instructed to advise on liability and quantum, and to draft pleadings.

Rosalind is also qualified to accept instructions directly from members of the public under the Public Access scheme.

Rosalind also has experience in claims arising from accidents and injuries abroad which are brought under the Package Travel Regulations. She is often instructed to deal with issues of jurisdiction, expert evidence, and local standards.

Rosalind also has experience in disease cases and has been regularly instructed to settle pleadings in claims arising out of injuries caused by bed bugs.

She has successfully defended a number of claims on the basis of causation and the principle of foreseeability. Her recent successes have included: defending a hotel whose car park wall collapsed and caused damage; defending a roofing tile contractor who was sued after a tile fell from a roof and caused damage to a vehicle; and defending in a neighbour dispute over the cause of ingress of water.

Rosalind maintains a busy paperwork practice in matters arising out of clinical negligence.

She has advised in a number of dental cases where her advices on quantum and tactics have ensured the fair and swift settlement of proceedings.

Rosalind also has experience in settling pleadings and schedules of loss in clinical negligence cases.

During her pupillage she attended a number of conferences with experts and joint settlement meetings arising from clinical negligence claims.

Rosalind is regularly instructed by both Claimants and Defendants in credit hire cases.

She is familiar with all arguments commonly raised in these cases including enforceability, need, period, intervention, illegality, inpecuniosity and rate.

Rosalind acts for both Claimants and Defendants in cases where fundamental dishonesty is alleged in respect of the circumstances of the accident, the independence of witnesses, and the nature of the injuries sustained. She is well versed in dealing with LVI cases.

She has had equal success in representing Claimants who face allegations and dishonesty at trial, and in acting for Defendants in cases involving exaggerated injuries. Rosalind has experience of securing the disapplication of QOCS in such cases.

Rosalind is willing to consider instructions in all areas of Chambers’ expertise and beyond.
She was recently instructed in a case relating to a boundary dispute which involved the principles of prescription and easements.

During pupillage she also gained insight into contentious probate cases. She is eager to develop further experience in this area.

Rosalind has experience in drafting ET pleadings for claims arising out of unfair dismissal, discrimination, harassment and victimisation.

Rosalind is keen to develop her employment practice further.

During pupillage Rosalind experienced a variety of employment work and has attended the Employment Tribunal on numerous occasions.

Rosalind is currently instructed on the Grenfell Inquiry.

If you would like to instruct Rosalind Young or would like help or advice in doing so, please call and talk to our excellent clerking team, led by Chief Executive/Director of Clerking, Paul Cray. Our phone number is +44 (0)20 7583 9241. Alternatively, please email us at chambers@farrarsbuilding.co.uk

Rosalind is a native Welsh speaker and is happy to accept instructions for Welsh medium hearings and trials.

She is also highly proficient in French and Italian.

Rosalind enjoys spending her free time roaming the British countryside, camping in the rain, experimenting with vegan cuisine and practising inversions on her yoga mat. She also runs with Chambers’ running club and sings with the Bar Choral Society.