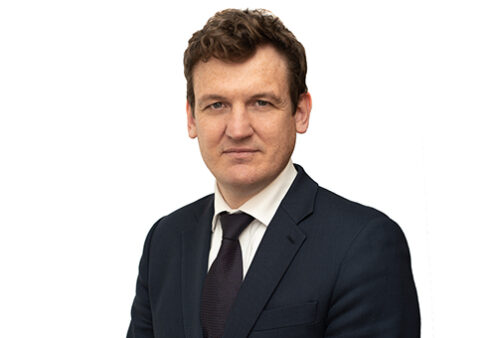 Stuart is a civil practitioner who prides himself on his approachable, clear and decisive approach in court, in conference and on paper.

Stuart has enjoyed a significant paperwork practice alongside his advocacy at trials on the fast-track and multitrack, on appeal, at inquests, and at multiday professional discipline and employment hearings.

Stuart has a particular interest in industrial disease, particularly in the deafness domain where he has considerable experience.

Stuart has extensive experience of acting in personal injury claims for claimants and defendants.

Stuart has extensive drafting and advisory experience across such claims and has a very robust and practical approach in running and defending such matters.

Stuart is very happy appearing at CCMC hearings and joint settlement meetings, and in dealing with expert evidence.

Stuart has been instructed in a very significant number of industrial disease cases.  In particular, Stuart has a specialism in industrial noise claims.

In addition, Stuart has acted in or advised in relation to a range of disease claims, including asbestos and hand arm vibration syndrome claims.

Stuart is very comfortable dealing with expert evidence and limitation matters both on paper and at trial.

Stuart prides himself on his robust cross-examination and pragmatic advice provided in conference.

Stuart has advised or appeared in the employment tribunal on discrimination, unfair dismissal, harassment and employment status claims.  Stuart has also drafted statements of case across these areas.

Whilst the majority of Stuart’s employment work has been for claimants, he has acted for respondents and is very happy to do so.

Stuart is happy to accept employment instructions on a public access basis taking instructions directly from members of the public where appropriate.

Stuart has had excellent results in his professional disciplinary practice.  The bulk of Stuart’s experience has come from acting for teachers at their disciplinary tribunal – now the Teaching Regulation Agency.

Stuart has run an appeal in the High Court arising from a professional disciplinary matter.

As a former professional rugby player, Stuart would be happy to accept instructions in relation to sporting disciplinary matters.

Stuart is happy to advise and consider acting in professional disciplinary matters on a public access basis taking instructions directly from members of the public, where appropriate.

Stuart has appeared at a broad range of coroner’s inquests for families, insurers and professional parties.

Stuart is happy to advise and consider acting in inquests on a public access basis taking instructions directly from members of the public, where appropriate.

Stuart’s practice has seen him act on broad range of what may be considered “civil common law” matters.  This has included sale of goods claims, construction disputes and various other contractual matters.

He has enjoyed many successes and repeat instructions from the some of the biggest claimant and defendant firms in the credit hire market.

Stuart is very happy running arguments on enforceability, impecuniosity, rates, and period.  He had a notable recent success in relation to an argument on period, which led to a strike out and third party and wasted costs orders.  This was possible because Stuart has a thorough knowledge of the CPR and knows when and how to push procedural arguments alongside substantive arguments.

Stuart has a very practical approach, is detailed but succinct and therefore effective in cross examination, and prides himself on persuading judges to take a common-sense approach in the face of tangential points often taken by opposing credit hire advocates.

If you would like to instruct Stuart Brady or would like help or advice in doing so, please call and talk to our excellent clerking team, led by Chief Executive/Director of Clerking, Paul Cray. Our phone number is +44 (0)20 7583 9241. Alternatively, please email us at chambers@farrarsbuilding.co.uk

Stuart was once a professional rugby player, he is now a recreational cricketer and cyclist.  Stuart stood for parliament at the 2019 general election and is a founder and Trustee of a charity providing support to young people in The Gambia, West Africa.