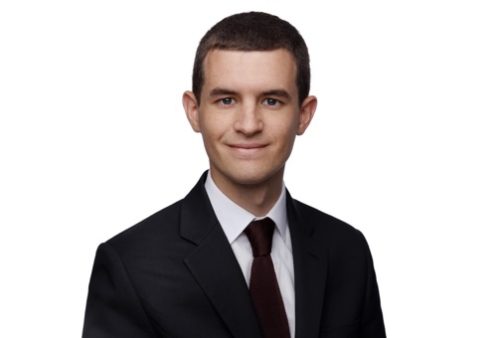 Tom Emslie-Smith has a busy practice spanning all of Chambers’ core areas, including personal injury, employment, commercial and insurance, and general common law.

Tom has experience across the spectrum of civil law issues and writes advice, statements of case, schedules and counter-schedules for proceedings in the County Court and Employment Tribunal.

Personal injury is a core area of Tom’s practice. He is regularly instructed on the Multi-track and Fast Track in trials, interlocutory hearings and disposals. Tom also provides advice on liability and quantum and drafts statements of case, schedules and counter-schedules.

Examples of Tom’s recent cases include:

Tom frequently handles matters in Court and on paper across the range of personal injury issues, including:

Tom is happy to consider accepting instructions on a CFA basis.

Tom takes regular instructions in clinical negligence matters. He has recent experience in claims involving the fields of ophthalmology, neonatal care, plastics and paediatric orthopaedics. He is thorough in his analysis of expert medical evidence and able to give cogent, practical advice on risks and strategy from an early stage onwards.

Recent cases have included a claim for total loss of vision in one eye due to an alleged failure to diagnose a retinal detachment and a claim in respect of a baby who had a respiratory arrest and seizure shortly after birth.

Tom accepts instructions for claimants and defendants and is always willing to consider cases on a CFA.

Tom has a keen interest in employment law. With a core focus on unfair dismissal and discrimination, he has advised and appeared before the Employment Tribunal in disputes involving:

Examples of Tom’s recent cases include:

Tom is willing to take instructions for both claimants and respondents in interim and final hearings.

Tom has a thorough knowledge of insurance law, frequently advising on claims involving insolvent companies, insolvent insurers and indemnity issues. Tom has appeared before Court in a number of cases centering on the interpretation of the European motor insurance framework.

Tom has built up an extensive knowledge in credit hire matters through regular instructions. He undertakes work on both claimant and defendant sides and has dealt with cases covering a broad range of credit hire issues.

Tom has Court experience in a range of common law cases including the following areas:

Tom is happy to be instructed in interim and final hearings across Chambers’ broad spectrum of common law work.

Tom regularly represents parties in fundamental dishonesty trials, particularly those involving LVI and medical causation issues. He is well versed in arguments as to section 57, QOCS, and costs consequences upon findings of FD.

Tom also has experience of suspected fraud in the running of credit hire matters. He is regularly instructed in matters where enforceability of credit hire agreements is in issue and has appeared in several cases, with some success, in which illegality is raised as a defence.

If you would like to instruct Tom Emslie-Smith or would like help or advice in doing so, please call and talk to our excellent clerking team, led by Chief Executive/Director of Clerking, Paul Cray. Our phone number is +44 (0)20 7583 9241. Alternatively, please email us at chambers@farrarsbuilding.co.uk

Tom enjoys playing the guitar and has performed in a band in live music venues across London. He also enjoys playing and watching football, rugby, running and just about any other sport going.