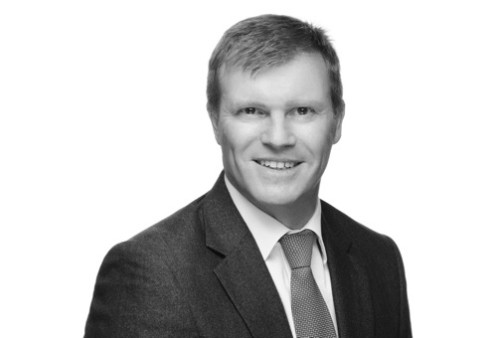 He is smart and academically very vigorous, but brings a fierce practicality to his practice.

Andrew has extensive experience of representing Defendant’s in cases where fraud and dishonesty are alleged at trial. More recently these have included the
successful application of Section 57 and the exceptions to the QOCS regime. He has given a number of lectures and presentations on the full legislative package now available to address fraudulent and exaggerated claims.

L v Nottingham University Hospital NHS Trust (Settlement at JSM 25th February 2020).
Counsel for the Claimant in a dependency claim where his deceased wife had been admitted to hospital with a pulmonary embolism which was not diagnosed or treated in time. She died in consequence. Limited breaches of duty were admitted and the deceased should have been prescribed enoxaparin but causation was disputed and the evidence of the precise effect of anti-coagulation was controversial. The value of the claim was agreed in the sum of £535,000 and the claim settled for a sum based upon the assessment of the relative risks to both parties.

JPC (A protected Party through his Litigation Friend LCM) v Paul Watts. 23rd January 2020 High Court of Justice QBD Cardiff District Registry.
Approval before HHJ Harrison sitting as a Deputy High Court Judge. Counsel for the Claimant in an approved settlement. The Claimant sustained catastrophic brain injuries when he was knocked off his bicycle into the path of an oncoming car. The claim resolved for the capital sum of £13.5 million in addition to the Defendant transferring legal title of a bungalow which they had purchased for the Claimant into his name.

W v B (Settlement at JSM on 17th September 2019).
Counsel for the Claimant in a claim by a young male passenger who sustained serious spinal injuries in a road traffic accident. The Claimant suffered incomplete tetraplegia and was left with restricted mobility and limited motor power. The claim resolved at a JSM for the gross sum of £4.9 million.

Jones v Betsi Cadwaladr UHB (Settlement at JSM September 2019).
Counsel for the Claimant where the Defendant had failed to diagnose cancer of the ileal pouch. The Claimant had undergone radical surgery to create the ileal pouch in 1998. The pouch then required regular monitoring but in 2006 the Claimant was allowed to fall out of the Defendant’s surveillance programme. Breach of duty for the same was admitted. As a result there was a delay in diagnosing and then treating the Claimant’s ileal pouch cancer. Had the cancer been identified at an early stage then the pouch could have been surgically removed and treatment would have led to a cure. In consequence of the delay the Claimant had developed secondary lung metastates and his cancer was terminal. The prognosis was that only months remained. The claim included losses to date and losses for the “lost years”. It settled for a sum of £300,000.

Grant v Dawn Meats [2018] EWCA Civ 2212
Counsel for the Defendant in the Court of Appeal in the hugely significant procedural case involving the effect of a general stay on the requirement to serve a Part 8 Claim Form.

Bates v Staples, High Court of Justice
Cardiff District Registry 7th March 2018. Counsel for the Claimant in the substantial dependency claim following the tragic death of a high achieving young father and his infant son in a road traffic accident. The claim was approved in excess of £1m.

P v The Welsh Ambulance NHS trust. High Court of Justice. Cardiff District Registry 6th December 2018
Counsel for the Defendant in a claim brought by a motorcyclist for catastrophic injuries suffered when in collision with an ambulance. The claim was approved at a little under 4 million.

Jake Hollinshead v Darren Jones. Cardiff CC. 14th January 2019
Counsel for the Claimant who sustained a significant brain injury whilst struck crossing the road. The claim was approved in excess of £500k.

Ridell v South Humberside NHS Trust. (2018)
Counsel for the Claimant. A 40 year old nurse who developed Cauda Equina which was not diagnosed and treated with the requisite speed causing the Claimant to suffer disabling neurological symptoms. The claim settled for £850k.

Ian Scott & Others v BT
Counsel for BT Engineers suffering hearing loss after exposure to tonal noise when testing telephone connections. The primary issue is the application of the Coles Lutman Guidelines on medical causation to cases of exposure to tonal rather than broadband noise.

Various v Depuy International Limited (Ongoing)
Counsel for a number of Claimants in claims for injury arising from the provision of metal on metal hip prostheses.

Green & Milsom v Kravag Logistics (2017)
Counsel for 2 motorcyclists each of whom suffered serious injury in a single road traffic accident. The claim settled at a JSM for an aggregate sum £1.3 million.

Donovan v Dwr Cymru (2015)
Counsel for the Defendant in a claim brought by the Claimant for personal injury with a schedule of loss pleaded at circa £1mllion. The claim compromised after service of detailed schedules and counter-schedules at a joint settlement meeting shortly before the trial date.

John Nicholl v Cardiff & Vale University Health Board (2015)
Counsel for the Defendant health board throughout in a claim brought by the Claimant with an allegation of injury following negligent surgery. The claim was pleaded in excess of £1 million. The claim compromised at a joint settlement meeting shortly before the trial date.

Green & Milsom v Kravag Logistics (2014)
Counsel for 2 motorcyclists each of whom suffered serious injury in a single road traffic accident. The claim settled at a JSM for an aggregate sum £1.3 million.

If you would like to instruct Andrew Arentsen or would like help or advice in doing so, please call and talk to our excellent clerking team, led by Chief Executive/Director of Clerking, Paul Cray. Our phone number is +44 (0)20 7583 9241. Alternatively, please email us at chambers@farrarsbuilding.co.uk

Andrew Arentsen is known for his impressive representation of claimants and defendants in spinal, catastrophic and closed head injury litigation. He specialises in claims involving highly complex medical issues, such as neurological, orthopaedic or psychiatric disputes.

“He is eminently sensible and pragmatic in his approach. He has a good personable manner with clients in conference and carries appropriate gravitas in court.” “Absolutely excellent, he produces very high-quality work. He is very thorough and good on his feet in trial.” Chambers UK 2022

“Andrew is a very smart advocate, who is very calm and pragmatic in dealing with complex personal injury claims.” Legal 500 2022

“He gets to the heart of the matter with the minimum of fuss and provides straightforward, no-nonsense advice. He is excellent with clients. I would have no hesitation in recommending him.” Legal 500 2020

“He is efficient and alive to the key points in his cases.” “He has a very approachable and caring manner with clients and offers pragmatic and sensible advice.”

‘He is smart and academically very vigorous, but brings a fierce practicality to his practice.’

He is further recognised for his ability to handle cases involving complex medical evidence. He is also experienced acting for and advising clients in contentious industrial disease claims.

“A very reliable and creative barrister who is an expert in all aspects in the field. His paperwork is timely and thorough, and his advocacy skills are pointed, direct and well considered.” “He’s impressive in court and excellent in cross-examination. He has an eye for detail and is easy to work with.”

Recent work: Acted for a claimant in a high-value claim against a construction company. The claimant had fallen from scaffolding and suffered catastrophic brain injuries as a result.
Chambers UK 2019, Personal Injury (Wales & Chester)

Continues to act in Wales-focused cases from London. He represents claimants and defendants in a range of catastrophic injury cases, and is noted for his dedication and client-oriented approach.

Strengths: “He clearly has a great intellect, is very good with clients, is very approachable, and is very good at explaining things in lay language.” “He’s a very hard-working junior, who puts a lot of time into his practice.”
Chambers UK 2017

Has a wealth of experience in noise-induced hearing loss and medical causation. Interviewees have also commented on his expertise in highways trips and slips.

Strengths: “He is very down to earth and has a great manner with clients.”
Chambers UK 2016

‘Refreshingly straight-talking and a formidable presence in the courtroom.’
The Legal 500 2016

“He is a great tactician and is very practical. He will really roll up his sleeves to look at the legal issues.”
Chambers UK 2015

“A specialist in claims where there is complex and often conflicting evidence.”
The Legal 500 2015

Andrew Arentsen is “a sensible, pragmatic, and highly efficient” barrister whose personal injury practice is predominantly focused on catastrophic brain and spinal injury cases. He recently appeared in Andrew Jones v Ribbons Ltd, a catastrophic injury claim concerning an individual rendered disfigured when he caught his arm in an unguarded machine.
Legal 500 2014

The “fluent, persuasive and personable” Andrew Arentsen heads the group at Civitas Law, which has a national reputation for industrial disease claim.
Chambers UK 2013

The “brilliant” Andrew Arentsen’s honesty is recognised and appreciated by clients, who also value his “effective arguments and performances in court”. He is recommended.
The Legal 500 2013

Solicitors appreciate the “reliable and decisive” Andrew Arentsen who has recently been acting in a case which involved a nuisance and negligence claim against Welsh Water. He is also well known for representing clients in a number of RTAs.
Chambers UK 2012

Sources commend “the sound and practical” Andrew Arentsen for being “extremely approachable but also straight with you – he will tell you if you are going down the wrong route”.
The Legal 500 2011

Andrew is a keen skier and father of 3 young children.

Completed the 2009 Etape du Tour, a 120 mile stage of the Tour de France including an ascent of Mont Ventoux.