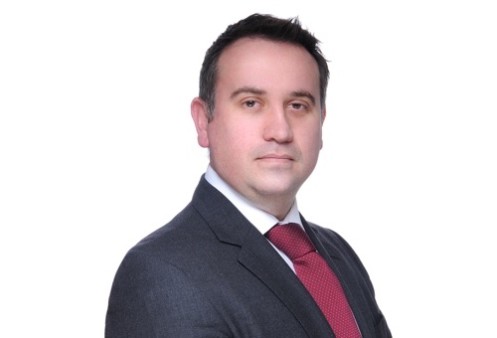 I have instructed Carwyn on defendant personal injury cases for various clients for over ten years and I have found him to be an extremely thorough and very approachable barrister whom my clients like working with.

Carwyn is qualified to receive instructions by public access across the range of areas.

Omer v Century Park Trading Ltd (Ongoing)
Carwyn acts for the Defendant in this multi-track matter arising from an accident at work. Liability is disputed. The Claimant was run over by a forklift truck being driven by a colleague. They were not authorised to use the forklift truck. The matter is due to be listed for a trial on the issue of liability only where the main issue is the extent to which the doctrine of vicarious liability should apply.

Thomas v London Borough of Hackney [2019]
Carwyn acted for the Defendant in this multi-track matter arising from a tripping incident on the highway. The Claimant was bringing a significant claim for damages for personal injury. At the trial on the issue of liability only the Claimant failed to establish a breach of section 41 Highways Act 1980 and the claim was dismissed.

HP [2018]
Carwyn acted for the Claimant in this multi-track matter proceeding in the High Court. He was led by Rhiannon Jones QC. The Claimant was knocked over by a car suffering serious injuries, including a significant brain injury. Liability was disputed. In addition, complex arguments existed in respect of quantum and around the issue of capacity. The claim was compromised at a JSM and the settlement approved by the Court.

P v AB [2018]
Carwyn acted for the Defendant in this matter on behalf of a local authority. The Claimant developed CRPS Type 1 following an accident that took place. Liability was not disputed, but causation and the extent of any ongoing symptoms are concerned was. The claim was settled at a JSM.

Abellio London Limited v Ahuja and Ahuja [2018]
Carwyn represented Abellio in this matter arising from a road traffic accident. Whilst liability for the accident itself was not disputed the Defendant’s case was that it was so minor that the Claimants could not possibly have suffered any injury at all. At the trial in the County Court the claims brought by Mr and Mrs Ahuja were dismissed and they were found to be fundamentally dishonest. Abellio then commenced committal proceedings. The contempt was admitted.

Pop [2018]
A fatal accident at work where the deceased was crushed by the load that he was delivering. Carwyn represented an interested party in this inquest. There are several interested parties in this matter with the inquest considering the complex delivery network and opportunities to check the suitability of the load prior to the accident. Carwyn has attended several pre-inquest reviews in this matter with the full inquest scheduled to take place towards the end of the year.

Re Gemmill [2017]
A fatal road traffic accident. The Deceased was a cyclist killed by a lorry on a roundabout at the western end of Lambeth Bridge. Carwyn represented a local authority. The inquest considered the design of the roundabout and its suitability for cyclists and traffic to move around it safely. The verdict was returned as one of accidental death.

Barrie v TFL [2015]
Carwyn represented the Defendant in this case arising from a tripping accident. The Claimant suffered significant injuries to her wrist as a result of the accident and there was a high value care claim. Liability was disputed and Carwyn successfully defended the claim.

Hatt v Hertfordshire County Council [2014]
Carwyn acted for the Defendant in this matter that arose as a result of an assault at school. The Claimant was claiming a substantial amount as a result of the psychological impact of the assault and other alleged incidents of bullying suffered. The claim was dismissed as the Claimant failed to establish that the school had breached their duty of care to the Claimant.

Ventura v Ceva Logistics [2014]
Carwyn represented the Defendant in a Manual Handling claim where the Claimant was seeking a substantial sum to reflect the injuries suffered. Carwyn successfully defended the claim.

Oliveira [2011]
Carwyn attended this inquest representing the employer of the Deceased who passed away as a result of a fatal accident that occurred on the Construction Site of another. This was a multiple day inquest before a Jury. Following on from this Carwyn acted for the same company in the civil claim.

McClean-Brian [2010]
Carwyn acted for the family of a young mother that was killed in a road traffic accident. This was a particularly harrowing case given the ages of the Deceased and her children, and the fact that a good friend of the Deceased was driving the car in which she had the accident. Carwyn went on to represent the family in the Civil Claim, which was a complicated fatal accident case that resulted in a substantial settlement for the family.

If you would like to instruct Carwyn Cox or would like help or advice in doing so, please call and talk to our excellent clerking team, led by Chief Executive/Director of Clerking, Paul Cray. Our phone number is +44 (0)20 7583 9241. Alternatively, please email us at chambers@farrarsbuilding.co.uk

“I have instructed Carwyn on defendant personal injury cases for various clients for over ten years and I have found him to be an extremely thorough and very approachable barrister whom my clients like working with.”
Wendy Mayes, Plexus Law

“He demonstrates an excellent knowledge of law within his stated practice areas. He delivers an exceptional high quality of service both on paper and is a strong advocate in Court. He is very personable, user friendly, much liked by clients and has strong backup within Chambers.”
Andrew Pieri, Partner, Keoghs

“Carwyn has real expertise in his field and pays great attention to detail whilst at the same time focusing on the core issues. He can relate to clients and is always willing to make himself available for his Instructing Solicitors to discuss particular cases and issues. A very skilful advocate and a real team player. Someone you are always glad to have on your side.”
Roger O’Donnell, Partner, Ward Hadaway

“Having instructed Carwyn over many years I find his advice invaluable. He is clear and detailed in his Advice and approach to the issues at hand. His attention to detail and pragmatic approach gives me confidence in his opinion and ability. Personable to both my clients and me and thoroughly professional.”
Karen-Marie Archbold, True Solicitors LLP

Carwyn is an avid sports fan, enjoying almost all sports. Being a keen follower of the Welsh Rugby team and a Liverpool fan means he oscillates between ecstasy and agony on a regular basis. Carwyn enjoys cycling when he can and also skiing.