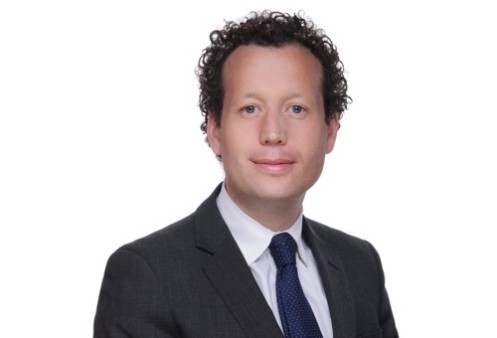 Joel has a busy and successful general common law practice. His particular focus is on personal injury and employment, but his interests are wide ranging and he has considerable experience in contractual disputes, property, credit hire, insurance, and travel law.

Joel is in court or tribunal on a daily basis, appearing in trials, appeals, CCMCs, interim applications and disposal hearings. He acts for claimants and defendants/respondents in more or less equal measure. He prides himself on thorough preparation, effective advocacy and tenaciously advancing his clients’ interests.

Joel also has a thriving paperwork practice. He routinely advises on liability, quantum and tactics; and drafts pleadings across a wide range of practice areas.  He is pleased to have been told by his clients that his written work is comprehensive, easily understood and commercially aware.

Joel is qualified to take instructions directly from members of the public under the Public  Access Scheme.

Joel has a particular interest in employment law and it forms an increasingly significant part of his practice. He acts for both claimants and respondents, regularly appearing in trials, preliminary hearings, applications and appeals. In addition, he routinely drafts pleadings and advises on all aspects of claims.

Joel has extensive experience of credit hire, including several Multi-Track claims pleaded in excess of £100,000. He represents both claimants and defendants, and he is well versed in the full range of arguments surrounding enforceability, need, period, impecuniosity and rate.

He prides himself on keeping up to date with the latest case law in this ever evolving area of law and he has a particular interest in taxi cases.

Joel has also successfully represented clients of credit hire companies who have been pursued directly for unpaid charges.

Joel has considerable experience of road traffic cases involving uninsured and untraced drivers, and is fully conversant with all of the issues that arise. For example, he recently advised on the potential liability of the various insurers when an uninsured employee of a car wash crashed a customer’s car.

Joel also has experience of cases involving misrepresentation / non-disclosure within the context of insurance contracts. For example, he recently appeared in a Multi-Track trial in a case involving a driver’s non-disclosure of her previous fixed-point penalties and her insurer’s attempt to void the insurance policy under the terms of the Consumer Insurance (Disclosure and Representations) Act 2012.

Joel has represented businesses and individuals on a wide range of commercial matters including contractual disputes, landlord & tenant, mortgage possession, orders for sale, bankruptcy, and consumer credit. He enjoys these areas of law and intends to continue to develop his practice in them.

Joel has acted in a number of Package Travel Regulations and holiday sickness claims. He also acts for airlines in flight delay claims

Given his previous employment leading and managing tours of Western Europe, it is an area in which he has a particular interest.

If you would like to instruct Joel McMillan or would like help or advice in doing so, please call and talk to our excellent clerking team, led by Chief Executive/Director of Clerking, Paul Cray. Our phone number is +44 (0)20 7583 9241. Alternatively, please email us at chambers@farrarsbuilding.co.uk