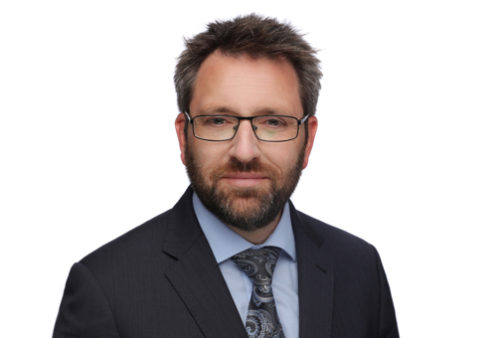 Michael accepts instructions in all Chambers’ core areas, with particular focus on personal injury, commercial and employment / education. He has a busy court and paperwork practice.

Michael’s paperwork practice includes drafting opinions, statements of case, and schedules / counter-schedules. He also drafts and advises on contractual documents and litigation. Michael is qualified to, and regularly accepts instructions directly from members of the public under the Public Access scheme.

He also acts for the Government Legal Department as part of the Attorney General’s Junior Juniors scheme, and is currently instructed by the London Fire Brigade as part of the Public Inquiry into the Grenfell Tower tragedy.

At Curzon Green, we have instructed Michael across a range of areas including personal injury, commercial litigation and education. In each case, he has provided prompt and thorough advice which has been well received, whilst always offering empathy to the client’s individual circumstances. Michael is personable and always happy to discuss the nuances of each case in detail. We would not hesitate to instruct Michael again.”

Michael has a busy PI practice on both the Fast Track and Multi-Track, and acts for both Claimants and Defendants. He is regularly instructed in claims arising out of road traffic accidents, Highways Act claims, and occupiers, public and employers’ liability claims. His PI work involves both representation at trial, and also drafting work, including schedules of loss and counter-schedules.

He further advises in conference, drafts pleadings and acts in proceedings involving allegations of low velocity impact and / or fundamental dishonesty.

Michael has a particular interest in the complex and presently topical context of claims in relation to secondary victims – you can watch Michael’s November 2020 webinar on the topic of secondary victim claims via this link.

Michael also has an interest in travel related claims and issues of jurisdiction. His article considering the judgment in Carmelo Labbadia -v- Alitalia (Societa Aerea Italiana S.p.A) [2019] EWHC 2103 (QB), as published in the Personal Injury Law Journal, can be accessed here.

Michael is developing a practice in this area alongside his busy and established personal injury practice.

Michael is frequently instructed in cases involving allegations of low velocity impact and fundamental dishonesty more broadly. He provides thorough and critical analysis in conference, drafts pleadings, and acts for both Claimants and Defendants at trial.

Michael accepts instructions to represent Claimants or Respondents in the Employment Tribunal. He also provides opinion and advice on proceedings, and he has been instructed to review evidence and draft statements as part of his work for the Government Legal Department.

Michael has a natural insight and empathy for commercial client challenges, following a career in a commercial setting. He has acted in claims arising out of breach of contract, including successfully defending a claim brought in relation to a substantial wedding in the Caribbean.

He has experience of and has appeared in the Commercial Court regarding matters arising out of shareholder disputes including Unfair Prejudice Petitions.

Michael is regularly instructed in proceedings involving claims for Credit Hire. He acts equally for Claimant and Defendant, and consequently has substantial experience of the arguments advanced by both in litigation.

Michael accepts instructions in the SEND (Special Education Needs and Disability) Tribunal for Claimants or Respondent local authority and private schools. He has particular experience and sensitivity in dealing with matters involving autism spectrum disorder. Having served as a School Governor and as a father of 3, Michael brings a wealth of practical experience and empathy.

Michael has a developing practice in this area. He is presently instructed in the Grenfell Tower Public Inquiry.

Michael is experienced in advising and arguing on costs issues arising out of the fixed costs regimes. He is also regularly instructed to attend costs and case management hearings, and has frequent experience of the operation and / or disapplication of QOCS.

Michael is qualified to accept instructions directly from members of the public under the direct access scheme.

He provides advice and representation to individuals and companies in areas including commercial contractual and employment disputes, debt claims and education.

Michael also drafts and / or provides advice upon commercial documents including Shareholder and Share Purchase Agreements, and contracts for the supply of goods and services. He is also able to negotiate on behalf of clients at court or within alternative dispute resolution mechanisms.

If you would like to instruct Michael Dougherty or would like help or advice in doing so, please call and talk to our excellent clerking team, led by Chief Executive/Director of Clerking, Paul Cray. Our phone number is +44 (0)20 7583 9241. Alternatively, please email us at chambers@farrarsbuilding.co.uk

Prior to practice at the Bar, Michael’s commercial career included Board roles in private and public companies.

Michael is married with 3 sons and 1 grand-daughter, and lives in Sevenoaks, Kent.

When not working or travelling back to his native north to see his eldest son and granddaughter his spare time is spent trying – largely unsuccessfully – to maintain parity with his 12 year old’s science knowledge and his 11 year old’s football skills.