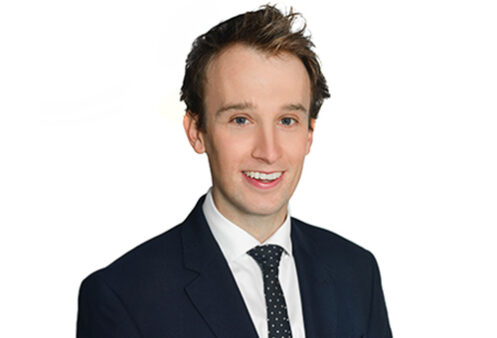 Richard was Called to the Bar in 2018, having been graded ‘Outstanding’ for the BPTC. Due to his examination performance, he was invited by Lincoln’s Inn to give the speech on Call Day.

In April 2022, Richard joined the Undercover Policing Inquiry as Junior Junior Counsel. He has SC Clearance for the purposes of sensitive disclosure exercises.

Prior to pupillage, Richard worked as a County Court Advocate, tutored undergraduates and postgraduates in politics and law, and successfully resolved a number of disputes while volunteering as a mediator. Richard is qualified as both a Civil and Commercial mediator, and as a Workplace mediator.

As a volunteer with the Free Representation Unit, Richard successfully represented a Claimant in the Employment Tribunal. He also volunteered as an Advocate for the Communities Empowerment Network, where he represented children who had been permanently excluded from school.

Richard studied History and Politics at the University of Exeter, graduating with a First Class degree. Owing to his performance in Finals, he was awarded a full postgraduate scholarship from Exeter to read for an MA in Political Theory. He has also been awarded various scholarships and awards for his legal training.

Richard is frequently instructed in small claim and fast track trials on behalf of both Claimants and Defendants. He is happy to accept instructions for interim and case management hearings, as well as Stage 3 disposals. He is also happy to accept paperwork instructions, including advices, schedules and pleadings. Richard regularly provides advice on procedure, tactics and settlement.

Richard is regularly instructed for both Claimants and Defendants in small claims and fast track trials. His recent experience includes:

Richard is keen to develop his practice in this area. He has successfully represented clients in the employment tribunal. He is happy to accept instructions from both Claimants and Defendants in relation to a wide-range of employment law matters.

Richard is keen to develop his practice in this area. Richard gained a broad exposure to clinical negligence work during his 12-month pupillage while under the supervision of a specialist clinical negligence barrister. He worked on advices, pleadings and schedules, and observed numerous JSMs.

Richard is a member of the Attorney General’s Junior Junior Scheme.

During the course of Richard’s 12-month pupillage, Richard assisted Steven Snowden QC with the Infected Blood Inquiry. Richard is keen to develop his practice in relation to public inquiry work.

Richard also gained exposure to inquests during pupillage, including those arising in a prison context, as well as those arising in relation to clinical negligence matters. Richard is keen to develop his practice in this area.

Having studied politics to a postgraduate level, Richard maintains an interest in public law more broadly.

In April 2022, Richard joined the Undercover Policing Inquiry as Junior Junior Counsel. He has SC Clearance for the purposes of sensitive disclosure exercises.

Richard has an interest in all matters relating to regulatory and disciplinary law. He is keen to develop his practice in this area.

Richard is happy to accept instructions from both Claimants and Defendants where issues of fundamental dishonesty or fraud arise, both in RTA claims and personal claims more generally.

Richard is happy to accept instructions in all types of general common law matters. Prior to coming to the Bar, he worked as a County Court Advocate. During this time, he undertook a variety of work, including cases relating to property and insolvency law.

Richard is qualified as both a Civil and Commercial mediator, and as a Workplace mediator. While acting as a volunteer mediator, he successfully resolved a number of disputes. Richard is happy to act as a mediator in a wide range of matters.

If you would like to instruct Richard Ive or would like help or advice in doing so, please call and talk to our excellent clerking team, led by Chief Executive/Director of Clerking, Paul Cray. Our phone number is +44 (0)20 7583 9241. Alternatively, please email us at chambers@farrarsbuilding.co.uk

Away from chambers, Richard’s interests include climbing, mountaineering, sailing, windsurfing, and cycling. He has climbed many of the classic routes, such as the Matterhorn and The Old Man of Hoy, and is qualified as a climbing and sailing instructor.