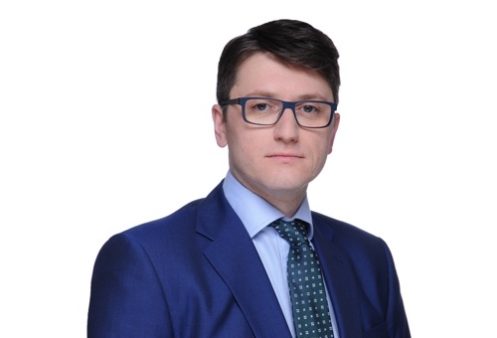 Matthew is a highly experienced common lawyer with a wide range of advocacy experience in both civil and criminal courts. He provides high quality advocacy services to clients and is very experienced in advisory matters and legal drafting in many of the areas in which Chambers specialises.

Whilst Matthew’s broad practice covers predominantly the civil and criminal courts in the UK he frequently advises clients from all over the world. Matthew acts for global companies and organisations, national companies, insurance companies, local authorities, public bodies as well as individual clients.

He continues to expand his international interests and has lectured abroad to international clients including in conjunction with UK Trade and Investment business development missions.

Matthew has some quasi-judicial experience as he sits as an Appellate Tribunal Chairman for a trade body in London.

Matthew is often instructed by corporate entities and insurers to represent defendant companies and/or directors in health and safety, fire safety, food safety and environmental prosecutions, many of which involve complex technical issues and expert evidence. Many of these cases are heard at the Crown Court and at appeal. In addition, he provides advice on corporate governance issues including bribery and corruption. Matthew has been led in multiple cases by Queen’s Counsel. In addition, Matthew is very experienced in representing clients prosecuted by QC’s as well as co-defending with them.

Notable Health and Safety cases include:

HSE v TJ Smith This case involved a health and safety prosecution involving a fatality where abuse of process was argued. The employer used mobile elevated work platforms to raise up members of staff up to 30 metres high to carry out redecoration works. Two workers were in the process of doing this when the vehicle supporting the elevated work platform collapsed. One worker was thrown clear of the accident while the other was crushed to death. Matthew argued at first instance that his client should not be prosecuted on their own as a fault had been identified in the machine that was deemed repaired by an independent specialist and certified as safe to operate. Just three weeks after the certification the incident occurred. The case went to a two week trial at Exeter Crown Court with Patrick Harrington QC leading Matthew. The family of the deceased pursued a civil claim for which Matthew drafted the pleadings. Andrew Peebles, also of Farrar’s Building acted at the Inquest and at the joint settlement meeting. Related article.

HSE v Bespoke Bodies Matthew acted for coach building company after an investigation by the HSE found that it had not properly supervised work at height activity following an accident where an apprentice fell through a roof he was working on and was seriously injured. The HSE also found the company failed to identify the risks associated with working at height and working on fragile surfaces. The company was charged for breaches of Regulation 3 (1) (a) of the Management of Health and Safety at Work Regulations 1999 and Section 2 (1) of the Health and Safety at Work Act 1974.

Redcar and Cleveland BC v Baketime Ltd An international biscuit manufacturer who manufactured own brand biscuits for a number of supermarkets, including Aldi, was prosecuted for food hygiene breaches due to a number of rodents found on the premises.

HSE v M Baker Produce Ltd The Defendant company operated a commercial farm which employed a number of seasonal workers. One of their employees was pulled into a piece of agricultural equipment sustaining injury.

Darlington BC v Aldi Stores Limited and Wilkinson Maintenance Limited Matthew represented a contractor who was contracted by Aldi to carry out building works. During the works, an unsecured smoking shelter was caught by gust of wind injuring an employee. Both Aldi and the contractor were prosecuted for health and safety offences. Matthew co-defended with Richard Matthew QC, who represented Aldi Stores.

HSE v Brims Construction Ltd Fall on a building site through a void in a roof. The complainant survived with serious injuries.

HSE v HIS Energy The Defendant company operated a cavity wall insulation business. One of their employees inadvertently drilled into a chimney flue for a gas boiler. One of the occupants of the premises died as a result of carbon monoxide poisoning.

Matthew is often instructed to represent the interests of insurers, corporate entities, public bodies, care homes, motorists and other interested persons at inquests Matthew is well versed in the practice and procedures of coronial law. In particular, he represents parties who are at risk of facing criminal prosecution and/or civil claims, pending the outcome of an inquest. He is all too aware of the risks faced by individuals and companies alike who find themselves under investigation.

Re: Hapuarchchi (Coroner’s Court) A case involving an Article 2 Inquest involving Lewisham and Greenwich Healthcare NHS Trust and Matthew’s client, CIS Security Limited. The case involved a man who arrived in hospital covered in blood in 2008 in a very agitated state. Security had to be called on numerous occasions and in the end restrained him to such an extent that he was suffocated and suffered cardiac arrest leading to a traumatic brain injury which led to him being hospitalised for 9 years. The Coroner asked if this should be referred to the HSE. In addition, new guidance came into force regarding deprivation of liberty at the time of this case making it especially interesting. The case led to a long-running inquest of over three weeks into the procedures used by the Trust’s Mental Health Unit.

Re: Cuthbertson (Coroner’s Court) Mathew acted for a property owner at an inquest into a house fire in mid-Wales where six members of the same family died. The cause of the fire was never established. This was an extremely high-profile case attracting attention from all over the world. The case was extremely complex involving forensic anthropologists in order to identify the victims.
News articles for this case:
Farrar’s Building
Daily Record
BBC News

Re: GI Construction Ltd (Coroner’s Court) Matthew represented a construction company in relation to the death of an employee. The deceased had worked for the company for only two days when, he took a pneumatic drill to the base of a concrete column which collapsed on him. Proceedings were issued at the criminal court and the HSE reserved its position. The Coroner found that the death was accidental.
Related news article

Re: Hicks (Coroner’s Court) Representing family of deceased; decapitation at work on railways

Matthew regularly advises and defends individuals prosecuted for causing death whilst driving. He has unique experience in this area as he is able to straddle both the criminal and civil court jurisdictions and understands the tactical issues faced by lay clients and their insurers when facing linked criminal and civil prosecutions.

In addition, Matthew has significant prosecution experience over the years, having been a Category 3 prosecutor for the Crown Prosecution Service as well as working for the Serious Fraud Office as Disclosure Counsel. Matthew has been led in multiple cases by Queen’s Counsel. In addition, Matthew is very experienced in representing clients prosecuted by QC’s as well as co-defending with them.

R v Harris Represented an elderly man who was not fit to stand trial due to dementia. The case involved “pedal confusion” whereby it was alleged the defendant drove at speed into a shop killing an occupant.

R v Parsons Successfully defended an ambulance driver who, whilst responding to an emergency, collided with a pedestrian killing him.

R v Howard Successfully defended a mother with her two children who drove into a fatal collision with a motorcyclist riding up a bus lane.

R v Colledge The Defendant suffered with a black out at the wheel due to a neurological condition and caused a fatal collision with an oncoming vehicle. Insane automatism was successfully argued.

R v Smart Matthew represented a defendant charged with causing serious injury by dangerous driving at first instance. He advised on the appeal against sentence which was successfully reduced by the Court of Appeal (represented by Douglas Day QC).

R v Calnan Successfully defended a motorist charged with causing death by careless driving who came into collision with an oncoming motorcyclist.

R v Cleal Causing death by careless driving; death of motorcyclist; under the influence of alcohol; sleeping at the wheel

Matthew regularly acts for defendant insurers in multi-track claims and undertakes work in all areas of the personal injury field, particularly those which involve complex technical issues and expert evidence beyond that of clinicians. He acts for a number of local authorities and public bodies, local and national transport companies, as well as private companies and individuals.

Examples of notable personal injury and damages claims include:

Cavell v Transport for London  Application to resile from admission of liability. Note of Judgment

If you would like to instruct Matthew Kerruish-Jones or would like help or advice in doing so, please call and talk to our excellent clerking team, led by Chief Executive/Director of Clerking, Paul Cray. Our phone number is +44 (0)20 7583 9241. Alternatively, please email us at chambers@farrarsbuilding.co.uk