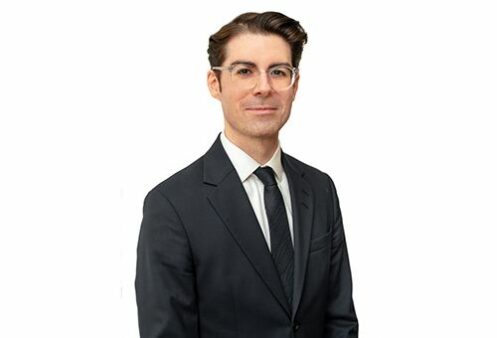 Ryan retains a broad practice, with a particular focus on employment, regulatory, public, personal injury and commercial/insurance-related areas of law.

He has advocacy experience beyond his year of call, having appeared unled in:

Ryan comes to the Bar following an earlier career in academia where he researched and taught on the history of medicine. He was awarded his PhD in 2017 and was the recipient of various awards and scholarships as an undergraduate and postgraduate.

Ryan maintains a broad employment practice, acting for both Claimants and Respondents.

He has recent experience of claims for unfair and constructive dismissal; redundancy; discrimination, harassment and victimisation; unlawful deduction of wages and breach of contract; and detriments arising from health and safety breaches, particularly in the context of Covid-19.

Ryan is regularly instructed at the early stages of proceedings to assist with drafting and providing advice on merits. He has considerable appellant experience relative to his year of call, having appeared twice in the Employment Appeal Tribunal in his first year of tenancy at Farrar’s Building.

Ryan increasingly acts for, or in cases involving, regulated professionals, particularly in the legal and banking sector. His recent/ongoing caseload includes:

Ryan gained a broad exposure to employment law during his 12-month pupillage, which included a high-profile claim for philosophical belief discrimination; advice on the provision of PPE in care homes in the early months of the Covid-19 pandemic; and a claim for health and safety detriment brought against a foreign embassy.

Ryan has an interest in all aspects of regulatory and disciplinary law.

In 2022, he completed a secondment at the Nursing and Midwifery Council, acting for the regulator in numerous IOT and SOR hearings. He continues to be instructed by the NMC, including in multi-day substantive hearings.

Elsewhere, he has acted for clients in various regulatory and disciplinary proceedings. Recent instructions include acting for a family in an inquest and advising a paramedic in a discrimination claim against his regulator.

During his 12-month pupillage, Ryan gained exposure to HSE and disciplinary proceedings, including before the HCPC, GMC and High Court.

Ryan is a member of the Attorney General’s Junior Junior Scheme and he is regularly instructed by GLD to provide drafting assistance, typically in the context of judicial review applications to the Upper Tribunal/High Court.

This experience builds upon Ryan’s 12-month pupillage, where he provided research assistance on:

Ryan maintains an interest in public law more broadly. He was the winner of the Lee Essay Prize in 2019 for an article on parliamentary sovereignty, and in July 2020 wrote for Counsel Magazine on the challenges facing any future inquiry into Covid-19 (see here).

Ryan is frequently instructed in fast-track trials on behalf of both Claimants and Defendants. He has experience of resisting allegations of fundamental dishonesty, and he has provided advice on procedure and tactics in the context of a wide range of personal injury claims, including RTAs and EL/PL claims.

Ryan has a growing practice in commercial and related areas of law.

He has experience of representing clients in claims for breach of contract and debt recovery. Ryan has also acted for creditors in bankruptcy proceedings, and he is currently instructed for a lender in an ongoing dispute about the ownership of a property.

Ryan welcome instructions in this area, particularly in respect of property/environmental disputes.

During his 12-month pupillage, Ryan gained exposure to a group-action nuisance claim against a large industrial manufacturer and advised in his own right on a potential claim for nuisance in a neighbour dispute.

If you would like to instruct Ryan Ross or would like help or advice in doing so, please call and talk to our excellent clerking team, led by Chief Executive/Director of Clerking, Paul Cray. Our phone number is +44 (0)20 7583 9241. Alternatively, please email us at chambers@farrarsbuilding.co.uk