Home Knowledge Base Care Claims, State Support and the Risk of Double Recovery

Care Claims, State Support and the Risk of Double Recovery 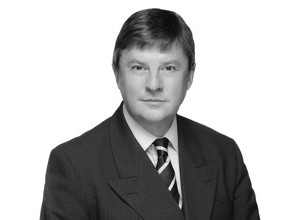 The Claimant is seriously injured, either in an accident, or as a result of medical negligence. He now has significant care needs, which are currently being met by the state.

He includes in his claim the cost of a private care regime (very expensive) which he says he intends to set up as soon as the case is resolved.

Can he recover these costs? Does it make any difference whether or not he has capacity? What is to stop him continuing to claim care costs from the state, and then spending the damages he was awarded for care on greyhounds and whisky?

Despite many years of jurisprudence on this issue, no satisfactory solution has been found to the problem of potential double recovery. Nigel Spencer Ley of Farrar’s Building reviews the position here:

The Claimant was born with severe congenital disabilities as a result of medical negligence. She lacked capacity. At the time of the trial she was living in a residential care home which was funded by her local authority. In her claim for damages she sought the future costs of remaining in the same care home. The Defendant argued that since her care needs were being met in full by the local authority she had suffered no loss. The judge at first instance found for the Claimant. The Defendant appealed. The Court of Appeal held as follows:

“We can see no reason in policy or principle which requires us to hold that a claimant who wishes to opt for self-funding and damages in preference to reliance on the statutory obligations of a public authority should not be entitled to do so as a matter of right. The claimant has suffered loss which has been caused by the wrongdoing of the defendants. She is entitled to have that loss made good, so far as this is possible, by the provision of accommodation and care. …“In our judgment, therefore, provided that there was no real risk of double recovery, the judge was right to hold that there was no reason in principle why the claimant should give up her right to damages to meet her wish to pay for her care needs herself rather than to become dependent on the state.”

The Claimant’s deputy offered to give an undertaking not to seek statutory funding in any circumstances. The trial judge was not prepared to accept such undertaking as there could well be circumstances either where it could not be enforced (e.g. a different deputy being appointed) or where it would be wrong to prevent the deputy from applying for state funding (e.g. where all the damages had been spent)(see also the earlier case of Freeman v. Lockett [2006] PIQR 118 where the Judge refused to impose a requirement not to claim state funding on a Claimant). At the Court of Appeal a different solution was found: the deputy undertook not to apply for statutory without an application (on notice to the Defendant) for permission from the Court of Protection (now referred to as “a Peters undertaking”).

In practice such promises are rarely sought, because of the virtual impossibility of policing them.

The Claimant who lacked capacity had received a large damages award. While a portion of that award was still intact the (new) deputy applied to the local council for state support. The council argued that such a claim only be considered when the damages were exhausted. The Court of Appeal rejected this argument.

Similarly in 2018 when Wokingham Borough Council means-tested an applicant for care costs on the basis that she had recovered £1.3million in a clinical negligence claim, the Ombudsman ruled that they had acted unlawfully. The Council’s application for judicial review was dismissed.

However if it is clear that the Claimant will in fact seek state support, then the private cost should not be awarded in the first place: see Longmore LJ’s judgment at paragraph 26: “If therefore it is clear at trial that a claimant will seek to rely on a local authority’s provision of after-care services, he will not be able to recover the cost of providing such after-care services from the tortfeasor.”

In October this year the issue of potential double recovery returned to trouble HHJ Bird, who was sitting as High Court Judge.

The facts were somewhat unusual. Prior to the injury which was the subject of the claim, the Claimant had been detained in hospital under the Mental Health Act 1983. She had a history of mental health problems and suffered from emotionally unstable personality disorder and paranoid schizophrenia. While in detain in a mental hospital she fractured her left leg. There were a series of errors by the Defendant Trust: a delay of several months before operating, a failed first operation, and a second operation which resulted in septic shock, multiple organ failure and a brain injury. Her left leg was shortened, she had a footdrop and she was left wheelchair-dependent.

She now had very substantial care needs, which were state-funded (under section 117 of the Mental Health Act). There were two sets of care needs: those arising from her mental health problems (for which the Defendant was not responsible) and those arising from her physical injuries caused by the Defendant’s negligence. Her funding under section 117 covered both categories.

It was common ground that her current care regime was inadequate. In the action she sought damages for a privately funded care regime which would adequately meet all her needs, and the cost of purchasing suitable accommodation. While the Claimant had some cognitive problems she was not sufficiently impaired to displace the presumption of capacity. The problem in her case was that she would be entitled to continue to claim support under section 117 both in respect of mental health needs, and in respect of her physical needs. There was no order which the court could make which would prevent her from doing so.

Judge Bird decided to award the full cost of a private care regime to meet her physical care needs despite the risk of double recovery: “I am satisfied that any possibility that Miss Martin might continue to take advantage of section 117 provision for her physical care, whilst it cannot be entirely discounted, is not sufficient for me to make any adjustment to the award.”

So the problem of potential “double recovery” remains and no workable solution has yet been found.

Nigel Spencer Ley is a specialist in clinical negligence with high value cases in this area dominating his work – he has a particular interest in claims concerning cauda equina syndrome and encephalitis. For more information, please contact the Clerks.