Conspiring to redefine conspiracy to defraud

Company directors who design and pursue a lawful transaction designed to remove from the company hefty future obligations do not conspire to defraud those who might be financially affected by their doing so. Furthermore, the High Court will not allow the exceptional procedure for preferring voluntary bills of indictment to be used when a prosecuting […]

Claimant who concealed history of back injuries has claim dismissed

Jackson v Hertfordshire CC (16th, 17th & 29th October 2014) – Oxford CC Peter Freeman successfully defended a Manual Handling claim for damages for back injuries sustained during the course of escorting a child with severe cerebral palsy, who suddenly lifted his feet off the floor causing C to take most, if not all, his […]

Afouzar v First CentreWest Buses (2nd, 3rd & 23rd October 2014) – RCJ C attempted to cross a busy intersection via pedestrian crossings when he was struck by D’s bus, and sustained a severe brain injury; quantum was said to be very considerable but liability was tried as a preliminary issue. The lights for traffic […] 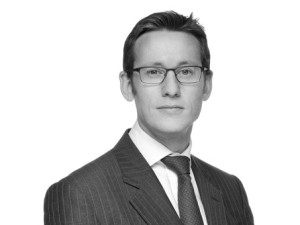 James Pretsell represented Mr H, a teacher, who was accused of sexual misconduct. Mr H is an accomplished sportsman and in 2013 was working as a PE teacher at a Sixth Form College. During the Easter holidays he went to a night club in the town where the College is located to celebrate a friend’s birthday. […]