Georgina Crawford appointed legal chair of appeals ahead of Olympics

Georgina Crawford will determine appeals arising out of selection and anti doping decisions made by the British Equestrian Federation. She is delighted to take up this position which will include applying a new expedited appeal procedure drafted ahead of Rio, to enable appeals to be heard as quickly as possible. Appeals are expected to arise […]

On 3 March in Uxbridge County Court, Georgina Crawford secured a finding of fundamental dishonesty in a fast track RTA on behalf of her lay client and Aviva Insurance. It was held that the case had been ‘started or continued on the dishonest premise of certain evidence which was not just lacking in credibility but […]

Contents: News Knauer v MoJ (24th Feb 2016): It is time to recalculate your schedules of loss in fatal accident claims The Organic Matter: A review of the scope of S.41 of the Highways Act 1980 in light of Rollinson v Dudley MBC ‘But For’, ‘Material Contribution’ and successive events – not as complicated as […] 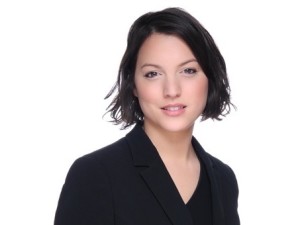 Hannah represented the family of EH (deceased) in a fatal accident clinical negligence claim against Luton and Dunstable Hospital NHS Foundation Trust. EH attended Luton and Dunstable hospital for a laparoscopic nephrectomy in 2012 during which one of her main arteries was severed but this was not noticed. EH required a further emergency operation and […]