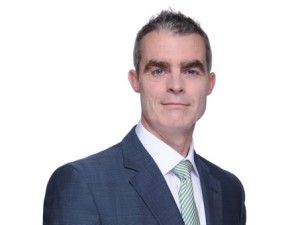 Nick Blake discusses the Rescission of Settlement Agreement in Fraudulent Personal Injury Claims. In recent years the sanctions which the Courts have been willing to visit upon Claimants found to have fraudulently exaggerated the value of their claims have increased dramatically with adverse costs orders, strike out and committal ever more commonplace. So the decision […]

Robert Golin was recently successful in an employment tribunal hearing. Robert acted for the Respondent, a successful rugby club, to resist a claim for unfair dismissal, disability discrimination, sexual discrimination, sexual harassment, unlawful deduction of wages and breach of Working Time Regulations. The claim was heard over a period of 3 days. All claims were […]

Paul Lewis QC successful in murder case for the Crown

Paul Lewis QC recently acted for the Crown in the successful prosecution of a grandfather charged with the murder of his 6-week old grand-daughter. Following a trial lasting six weeks at the Newport Crown Court, the defendant was unanimously convicted by the jury of murder, and was sentenced to life imprisonment, with a minimum term […]

Nick Blake acted for three Claimants who successfully resisted the Defendant’s Mitchell / Denton Appeal where the Claimants had been granted relief from sanction having served their Particulars of Claim three months out of time. Nick is part of the Personal Injury law team. To read more about his practice please click here.

Paul Lewis QC recently acted for the principal defendant in a multi-handed allegation of gang murder tried at Birmingham Crown Court. Following a trial lasting some four months, the defendant was acquitted by the jury of both murder and manslaughter.