Earlier this month, Bonike Erinle was invited to join a Six Nations Disciplinary Panel Committee that had been convened to decide on the merits of a citing complaint against a French No. 4 player who had been accused of making contact with the eye or eye area of an opponent during the match against Ireland […]

Dursan v J Sainsbury Plc (26th, 27th January & 12th February 2015) – RCJ Peter Freeman represented D in a fatal road traffic accident. The driver of a HGV was in stop-start traffic in a busy area in which he was aware of pedestrians crossing from both sides in between vehicles. It was dark and […]

Ranbir Singh Bains v Solicitors Regulation Authority QBD (Holman J) 18/02/2015 The Solicitors Disciplinary Tribunal had been entitled to find that a solicitor had dishonestly utilised client monies for the purposes of other clients in breach of the Solicitors Accounts Rules 1998 r.30. The appellant solicitor appealed against a finding of dishonesty by the Solicitors […]

Aidan O’Brien recently appeared for the Defendant company, which undertook highways inspections and maintenance operations, on behalf of Hertfordshire County Council in a successful highways claim. The Claimant alleged that he had sustained personal injuries following a fall caused by a defect in the highway. His claim was framed in common law negligence and/or public […]

Rhiannon Jones is appointed to the Queen’s Counsel

All the members and staff at Farrar’s Building congratulate Rhiannon Jones on her appointment as Queen’s Counsel. Rhiannon ‘took silk’ today (Monday 16th February 2015) having been involved in a number of high profile personal injury and clinical negligence cases in recent years. Her appointment reflects her skill, knowledge, commitment to her clients and the […]

The High Court has today ordered the SFO to pay the Defendants’ costs of the failed Celtic Energy prosecution. The costs exceed £6 million. They will be assessed by the High Court. The Defendants, a retired consultant solicitor, Eric Evans, his professional partner, Alan Whiteley, and assistant solicitor, Frances Bodman, had set up a complex […]

Howard Cohen recently appeared for Hertfordshire County Council in a trial following a slipping accident that befell the Claimant, a teaching assistant, in a school in Hitchin. The school was situated in a countryside location and was surrounded by many large and leafy trees. Her account was that she had slipped and fallen on wet […] 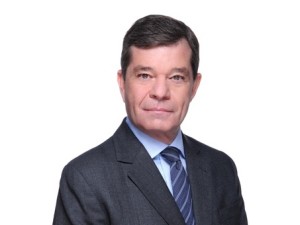 Ian Ridd represented the Defendant in an important case in the Technology and Construction Court this week, which considered and provided valuable guidance to practitioners about incorporation of parties’ standard terms and conditions of business into commercial contracts. In Transformers & Rectifiers Ltd v Needs Ltd, [2015] EWHC 269 (TCC), Edwards-Stuart J analysed the legal […]