Home Knowledge Base Court Hearings via Skype – A Practical Guide 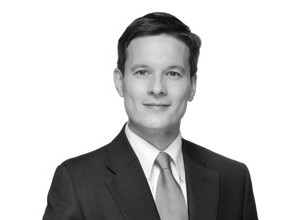 I conducted my first Skype Hearing last Friday, a contested one day listed preliminary hearing in an Employment Tribunal, though shortly before the

Protocol Regarding Remote Hearings came out on 20 March 2020. I am pleased to pass on the good news that it worked, albeit not perfectly. Certainly it is more than just a functional method of dealing with the limitations placed upon us during this current crisis.

I’ve set out briefly the practical steps I took in participating, as well as some personal observations about video hearings.

Once I had downloaded Skype for Business, I clicked ‘join the meeting’.

I was transported to a virtual tribunal room though it was empty at this time. I was permitted to play around with various settings and I was also able to log in from another computer at home and see how I appeared on screen.

I had my client log in as well: she had some preliminary trouble as she had separately downloaded Skype for Business but could not use it because it required a subscription. This was remedied by her uninstalling Skype, and then reinstalling it but utilising the link provided from the tribunal.

We were concerned as to how instructions could be passed to me confidentially  during the hearing.  The solution was for us both to download WhatsApp (other text based messaging services are available) on our desktops and having this sitting next to the Skype window on the computer screen.  It worked brilliantly.  I did get permission from the judge at the hearing however.

When the hearing time came, we all logged in. There were about 8 of us participating.  There were a few glitches: the Judge’s video feed froze and sound broke up occasionally.  It’s not as good as being in person, but it is better than the telephone.

Herewith my top 3 tips for conducting the hearing:

(1) Remember that you are on camera

One of the parties had placed their web camera far to close to their face and it was somewhat disconcerting. Those who were sat back from the camera were not as distracting.

There is no need for all participants to be visible. Parties, witnesses and legal representatives can listen in but can turn off the video feed. We will have to develop a ‘Skype’ etiquette, but I would suggest in ground rules to suggest to the judge that only witnesses giving evidence and counsel be visible (or whoever is doing the advocacy). Everyone else can listen but remain ‘invisible’.

(2) Remember that what is behind you is going to be visible to all participants.

The new protocol makes clear that hearings should be in public:

‘As to the first, remote hearings should, so far as possible, still be public hearings. This can be achieved in a number of ways: (a) one person (whether judge, clerk or official) relaying the audio and (if available) video of the hearing to an open court room; (b) allowing accredited journalists to log in to the remote hearing; and/or (c) live streaming of the hearing over the internet. The principles of open justice remain paramount. ‘

How this will work in practice is uncertain. One thing to think about however is that when we are conducting the hearings at home we are going to be allowing not only fellow lawyers, but parties, witnesses, members of the press and members of the public to have a view into our homes. It is probably worth checking that there is nothing confidential or embarrassing behind you or what may reveal your home address.

These are professional hearings, and this applies both to you and your clients. If your lay client is appearing and doesn’t know what to wear, there is no reason to wear anything different than what you advise them to wear to court i.e smart.

By Huw Davies of Farrar’s Building