Home Knowledge Base Court of Appeal rules equity partner’s demotion was not conduct extending over a period but a one-off act with continuing consequences.

Court of Appeal rules equity partner’s demotion was not conduct extending over a period but a one-off act with continuing consequences. 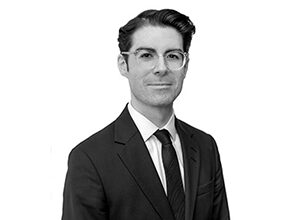 Claimants wishing to bring a discrimination claim under the Equality Act 2010 must do so within 3 months of the discriminatory conduct. Claimants can bring their claim in respect of conduct extending beyond 3 months if the conduct was a sequence of events and the last chain in the event occurred within 3 months of the claim. But when is conduct extending over a period and when is the conduct simply a one-off act with continuing consequences? In Parr v MSR Partners LLP (Formerly Moore Stephens LLP) and Others [2022] EWCA Civ 24, the Court of Appeal held that an equity partner’s demotion to salaried partner was not a continuing act even if he suffered losses many years after the demotion. The demotion was the point at which limitation ran.

By way of the Members’ Agreement, those in the Claimant’s position were to retire upon reaching the age of 60. The Claimant was due to retire on 30 April 2018. Some months prior, he proposed to the First Respondent that he continue to work past the age of 60, albeit only as an ordinary member of the LLP and not as an equity partner. The First Respondent agreed and exercised its discretion to permit the Claimant to work two years beyond his retirement age. An agreement was signed, dated 13 October 2017.

It was the case that in at least three previous instances the First Respondent had exercised its discretion differently so as to allow equity partners to continue beyond their normal retirement age. However, this discretion was not exercised for the Claimant.

The Claimant was unhappy that he was not offered a further period as equity partner. However, his choice was between leaving the company or remaining as an ordinary partner. Upon taking legal advice, the Claimant took the view that it was not worthwhile for him to bring legal proceedings, it being the case that the costs would be considerable in relation to any possible benefit.

From the end of April 2018, the Claimant therefore changed from equity partner to ordinary partner.

On 13 September 2018, the Claimant learned that the First Respondent intended to sell parts of the business and merge the rest with another firm. Equity partners benefitted greatly from the sale and merger. Ordinary partners such as the Claimant did not recoup any substantial benefit. The Claimant estimated that, had he remained as an equity partner, he would have earned almost £3 million. In January 2019, he brought a claim to the Employment Tribunal on grounds of age discrimination.

The ET and EAT.

A preliminary hearing was heard at the Employment Tribunal to determine whether the conduct the Claimant complained of – his demotion from equity to salaried partner in April 2018 – amounted to conduct extending over a period under s 123 of the Equality Act 2010.

The Tribunal held that the conduct was extending over a period. The Judge ruled that the provision of the Members’ Agreement mandating retirement at 60 constituted a continuing act and led to a continuing state of affairs which resulted in less favourable treatment to the Claimant as a result of him reaching the age of 60. The Claimant’s claim was therefore deemed to have been in time.

The Tribunal’s decision was over-turned by the EAT. It distinguished between ongoing discriminatory conduct and one-off conduct which leads to ongoing losses. The EAT held that the Claimant’s losses – those profits he would have enjoyed from the sale of the business – flowed from the agreement, dated 13 October 2017, to demote him from equity to salaried partner. The provision of the Members’ Agreement relating to mandatory retirement did not have any affect after the Claimant’s demotion. The demotion was a one-off act, albeit one with ongoing losses.

The Court of Appeal.

The Court of Appeal (Bean, Lewis and Elisabeth Laing LJJs) agreed with the EAT.

Giving the majority opinion, Bean LJ observed the ‘critical distinction’ between a one-off decision and a continuing act or state of affairs. He held that the mandatory retirement provision of the Members’ Agreement could only apply once to an individual.

The conduct the Claimant complained of was his demotion from equity to salaried partner. Bean LJ commented that, had the Claimant simply been dismissed instead of demoted, even if the dismissal was discriminatory limitation would run from the date of dismissal. There was no reason, the Court held, why a demotion should be treated any differently. Though both a dismissal and demotion would carry ongoing losses, this was by-the-by for determining when limitation began to run.

One cannot help feeling sympathy towards the Claimant in this case: with the benefit of legal advice, he took the view that his demotion was simply not economical to fight about. This was no doubt the sensible thing to do. It would only be upon realising that the business would be sold that he re-evaluated the size of his losses and decided to revisit his legal options.

Having said that, the Court has clearly taken the correct approach. It cannot be right that the Claimant’s situation amounts to conduct extending over a period. To accept that everything that followed from the Claimant’s demotion to salaried partner amounted to a continuing act would mean that limitation was never-ending. The Claimant could bring his claim potentially years after his demotion.

This scenario was something the Court of Appeal was very much alive to. For were the Claimant successful in his appeal, Bean LJ noted, the result would be to encourage greater ruthlessness by partnerships and LLPs in retiring partners rather than allowing them to continue in a demoted role. The latter would leave the partnership at risk of litigation for as long as a contractual relationship continued between the partnership and the retiring partner. Such a position would clearly run contrary to the otherwise strict approach Tribunals take to the timely lodging of proceedings.

Ryan Ross is a barrister at Farrar’s Building with a broad experience of employment law matters, including claims under the Equality Act. He is increasingly instructed in the overlap between employment and commercial law, including partnership/shareholder disputes.