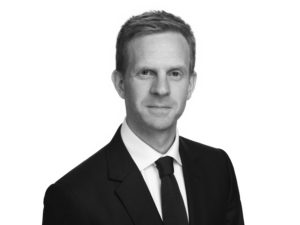 In a recent success for defendants faced with claims which have been dropped from the MOJ Portal, DAC Beachcroft obtained an order that the Claimant be limited to fixed Portal costs, despite the matter continuing by way of Part 7 proceedings. The court also found that the Claimant had acted unreasonably in dropping the matter from the Portal and ordered the Claimant to pay the Defendant’s costs of the application in the sum of £3,800 on the basis that the Claimant’s behaviour amounted to exceptional circumstances.

The facts of the matter were that a CNF had been submitted by the Claimant’s solicitors following which the Defendant’s insurer admitted liability. The insurer offered to provide physiotherapy and there was a dispute as to the level of information required in advance of the Claimant accepting that offer. The Claimant in fact went on to obtain physiotherapy without recourse to the Defendant. The Claimant thereafter submitted a request via the Portal for an interim payment. The Defendant paid the mandatory £1,000 in respect of general damages, but stated that the other requests for pecuniary losses totalling approximately £570 (including physiotherapy, a taxi fare and postage charges) would be paid at the conclusion of the claim.

The Claimant elected to drop the matter from the Portal, stating her reason to be dissatisfaction with the interim payment. She treated the pecuniary losses as agreed, despite there being nothing to suggest that they had been agreed. Rather, the Defendant had stated that they would not be paid until the conclusion of the claim and continued to raise the dispute regarding physiotherapy.

The Defendant considered the Claimant to have acted unreasonably in removing the matter from the Portal over a dispute which amounted to little more than £500. It was the Defendant’s view that the type and amount of the dispute was precisely that which is dealt with by way of Stage 2 negotiations or ultimately by way of Stage 3 adjudication. Upon filing its Defence the Defendant made an application to limit the Claimant to fixed Portal costs.

The applications were joined and at the hearing it was argued on behalf of the Defendant that the Claimant had interpreted the Portal rules incorrectly and that in any event a decision to remove the matter from the Portal had to be taken in view of the overriding objective. Paragraph 7.29 of the rules was there to permit removal from the portal where there was a genuine and substantial dispute over interim payments, not as a route to exit from the Portal improperly, which would inevitably increase costs and use of court time. Further, the Claimant cannot have had a genuine need or desire for the interim payment, given the dilatory and retrospective application.

The court was in agreement with the Defendant and was critical of the Claimant’s conduct. It was held that the dispute over the interim payment was precisely that which was capable of resolution within the Portal, or at a Stage 3 hearing. It was the kind of dispute that the Portal was there to address. The court noted that the Claimant’s request for an interim payment in respect of pecuniary losses was exactly of the kind that is made day in day out. While there was no black and white line to be drawn, the court found that when the rules were drawn the expectation was not that a £500 dispute would lead to part 7 proceedings. Accordingly, it was held that the Claimant had exited the portal unreasonably.

In the context of what had become a highly contentious dispute, this was an illuminating judgment which will be of comfort to defendant practitioners dealing with similar attempts to remove matters from the Portal prematurely and improperly. It is a timely warning to Claimant practitioners that great care should be taken when considering removing a Claim from the Portal due to alleged dissatisfaction with an interim payment request.

Martin Ferguson was instructed by Rhys Pousette of DAC Beachcroft. Martin is regularly instructed on all tracks and enjoys a balance of Claimant and Defendant instruction. He manages a busy paperwork practice and is noted for his efficiency and clear advice. Please contact our Clerking Team for further information.