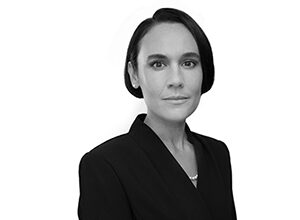 The Claimant slipped and fell as she walked across a shop forecourt. A claim was brought under section 2 of the Occupiers’ Liability Act 1957 and section 41 of the Highways Act 1980, against the First and Second Defendants respectively. Liability was denied.

At trial, the Claimant changed her account of where she fell, having previously maintained consistency with regards to the location of the fall. Her Honour Judge Crane found the Claimant to be entirely honest. However, on the facts she preferred the Claimant’s original account, made prior to the day of trial, of where she fell. The Claim was dismissed.

The Claimant slipped and fell as she walked across a shop forecourt on 30/03/2017. The First Defendant was the owner/occupier of the shop forecourt. The Second Defendant was the highway authority for Springfield Boulevard, which ran adjacent to the shop forecourt (“the pavement”). The Claimant brought a claim under section 2 of the Occupiers’ Liability Act 1957 against the First Defendant and under section 41 of the Highways Act 1980 against the Second Defendant. Both defendants denied liability.  The trial took place over 18 and 19 October 2021.

Liability was dependant on establishing the precise location of the fall. The judge referred to

Prior to trial the Claimant’s case had been entirely consistent: she had stumbled as she placed her foot in a depression on the surface of the forecourt/pavement.[2] This account had been given in the Claimant’s statements of case (particulars of claim and reply to the defence), her witness statement and as identified on various photographs.[3]

However, at trial the Claimant changed her account of where she fell. Instead, the Claimant stated that she had:

“tripped, catching her left foot, on uneven or broken paving just near the letter ‘G’ of the painted word ‘parking’….. This caused her to stumble, and as she put her other foot down, that was in the depression, so she continued to stumble and then fell.”[4]

The Claimant accepted it was hard to know precisely what had happened due to the time that had elapsed since the accident. No explanation could be provided for why this new version of events had not been stated in her witness statement.[5]

The judge dismissed the claim and made the following findings: there was a depression but it had not been significant; despite the presence of the depression since at least 2012, no other falls had been recorded; it was unrealistic to expect either defendant to maintain the forecourt or pavement in a perfect condition; the condition of the forecourt was reasonable to see that the Claimant was kept reasonably safe; and the pavement was not dangerous.[7]

This case provides a reminder for those entering into litigation of the importance of accuracy with regards evidence. Claimants should be mindful of presenting a case at trial that differs from what has been pled previously. Failure to clarify evidence and introducing conflicting facts may lead to ambiguity, undermine the Claimant’s case and ultimately run the risk of failure at trial.

Case review by Lucie Danti, a Pupil at Farrar’s Building.