Home Knowledge Base Recollection versus Medical Records in Clinical Negligence 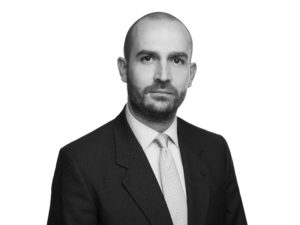 The recent case of HTR v Nottingham University Hospitals NHS Trust [2021] EWHC 3228 (QB) is an interesting Judgment dealing with an issue familiar to clinical negligence practitioners. John Brown reviews the decision which considers how a court is likely to approach a factual dispute between a witness’ recollection and a note made in a contemporaneous medical record.

The Claimant, proceeding by his mother and Litigation Friend, LRJ, was born by emergency Caesarean section on 10 October 2004 and suffered permanent damage from chronic partial hypoxia resulting in asymmetric quadriplegic cerebral palsy. Four days earlier LJR had attended the Defendant Trust’s ante-natal clinic, following a referral by her community midwife, due to a concern that the Claimant was in breech position.

The Defendant’s case was that:

Dr Salman had no independent recollection of the appointment with LJR on 6 October 2004, which was unsurprising as no claim had been intimated until 8 years after the events in question and the trial was taking place some 17 years after.

It was not in issue between the parties that if LJR had raised a concern as to reduced fetal movement then Dr Salman was negligent in failing to act upon it.

The trial was heard by Mr Justice Cotter and related to the issue of breach of duty only,

At trial LJR gave evidence maintaining her factual case. Her evidence was consistent with her witness statement and, importantly, also with her statement made much earlier in 2012.

Dr Salman gave evidence and was cross-examined on the following significant extract from her witness statement:

“to be absolutely clear, whatever the state of my training in October 2004, I was never trained to perform ultrasound scans, I never scanned, I still don’t scan”

This assertion was not in fact correct and Dr Salman accepted that she had received informal training and undertaken scans on the labour ward to confirm presentation, albeit infrequently, over a period of two to three years.

“It is very difficult to understand how Dr Salman came to prepare and verify a statement, the sole purpose of which was to address one issue (being a Part 18 request; “Has Dr Salman ever carried out ultrasound scans? If so, during which period of her career”) which was so fundamentally incorrect a fortiori when expressly setting out that she was making matters “absolutely clear”… I received no satisfactory explanation for this very seriously misleading assertion which provoked an expression of some incredulity from Dr Brocklesbury in his responsive statement dated 1 October 2021. It resulted in the balance of her evidence, when not corroborated by records or other witnesses, having to be treated with considerable caution”

Further, Dr Salman stated in evidence that she had never seen doctors undertaking presentation scans in the ante-natal clinic, yet there was evidence from other doctors working at the trust that such a practice was “quite common” and which, in the judge’s view, wholly undermined Dr Salman’s assertion.

Before making any particular findings of fact the judge first made some general observations about the accuracy of recollection and medical records, making reference initially to the case of Gestmin[1] and the comments of Leggatt J at [75] to [78], which are worth reading for those unfamiliar with them.

“[12]      … [I]t is too obvious to need stating that simply because a document is apparently contemporary does not absolve the court of deciding whether it is a reliable record and what weight can be given to it. Some documents are by their nature likely to be reliable, and medical records ordinarily fall into that category. Other documents may be less obviously reliable, as when written by a person with imperfect understanding of the issues under discussion, or with an axe to grind.”

80. In those circumstances, Tomlinson LJ “commend[ed] the approach of His Honour Judge Collender QC, sitting as a judge of the High Court, in EW v Johnson [2015] EWHC 276 (QB) where he said, at paragraph 71 of his judgment”:

“I turn to the evidence of Dr Johnson. He did not purport to have a clear recollection of the consultation but depended heavily upon his clinical note of the consultation, and his standard practice. As a contemporaneous record that Dr Johnson was duty bound to make, that record is obviously worthy of careful consideration. However, that record must be judged alongside the other evidence in the action. The circumstances in which it was created do not of themselves prevent it being established by other evidence that that record is in fact inaccurate.”

81. Tomlinson LJ noted at [15] that while there was general force in the submissions made by Counsel that clinical notes are inherently likely to be reliable,

“here [those submissions] are less persuasive because there is so much uncertainty concerning the circumstances in which the critical note was made”.

“In my judgment a court can and often will taking a starting point, but no more than a starting point, that a contemporaneous entry made by a medical professional is likely to be a correct and accurate record of what was said and done at a consultation/examination.” [Emphasis added]

83. As for the approach to evaluation of the evidence of a witness I set out my view in Pomphrey v Secretary of State for Health & North Bristol NHS Trust [2019] EWHC QBD [2019] Med LR Plus 25:

[31]   I start with some very general and basic propositions. When evaluating the evidence of a witness whose testimony has been challenged it should be broken down into its component parts. If one element is incorrect it may, but does not necessarily mean, that the rest of the evidence is unreliable. There are a number of reasons why an incorrect element has crept in. Apart from the obvious loss of recollection due to the passage of time, there may be a process of conscious or subconscious reconstruction or exposure to the recollection of another which has corrupted or created the recollection of an event or part of an event.

[32]   The court must also have regard to the fact that there can be bias, conscious or subconscious within the recollection process. When asked to recall an event that took place some time ago within the context of criticism people often take an initial stance that they cannot have been at fault; all the more so if the act in question was in terms of their ordinary lives; unmemorable. There is a tendency to fall back on usual practice with the tell-tale statement being “I would have” rather than “I remember that I did”.

[33]   To approach the exercise of fact finding in a complex case (when faced with stark conflicts in witness evidence) as necessarily requiring all the pieces of the jigsaw to be fitted together is often both flawed and an exercise in the impossible. This is because individual pieces of the jigsaw may be wrong, distorted to a greater or lesser degree or absent. Indeed, it is not possible to make findings if the state of the evidence or other matters mean that it is not proper to do so (see generally Rhesa Shipping Co SA v Edmunds (The Popi (M) [1985] 1 WLR 948). However, often a sufficient number of pieces may be fitted together to allow the full picture to be seen.

The Findings of Fact

The judge noted that the trial was taking place 17 years after the events in issue. LJR had first prepared a statement 8 years later and had no doubt discussed with others what had taken place on many occasions. Dr Salman was first asked to cast her mind back to October 2004 in 2018, 14 years of practice as a doctor having intervened during which time the focus on reduced fetal movements had increased. As a result the judge stated that he had considered the reliability of the recollections of the principal witnesses with great care.

As to the critical medical record, the judge noted that whilst it recorded active fetal movement this did not preclude concern having been expressed by LJR that there had been reduced (as opposed to no) movement recently. He also stated that whilst Dr Salman’s evidence was that if such concern had been expressed she would have recorded it, and that therefore as she had not made such a record it could not have been raised, his belief was that her recollection had been affected by the intervening years of practice and the greater emphasis amongst practitioners on reduced fetal movement.

Through a very thorough and careful analysis of all of the evidence the judge ultimately made the following findings:

Accordingly, the judge found for the Claimant in respect of breach of duty.

Whilst perhaps initially surprising that the judge found for the Claimant on the basis of the recollection of witnesses provided some 17 years after the event, rather than relying on the contemporaneous medical records, there were clearly particular matters that led to the judge preferring the Claimant’s evidence.

The judge noted, for example, that LJR had prepared her initial statement in 2012 without reference to the medical records (i.e. she was solely reliant on her recollection) and she had been proved right on certain issues.

However, of obvious concern to the judge was clearly the demonstrably incorrect and misleading assertion from Dr Salman that her, and indeed other doctors, had never undertaken presentation ultrasound scans. This clearly significantly undermined the reliability of Dr Salman’s evidence in the court’s eyes and led to it being treated with “particular caution”.