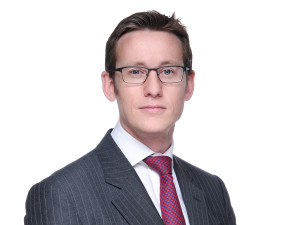 James Pretsell successfully represents Defendants against substantial claim for damages. James was instructed by the Defendant insurer to defend a claim involving a Claimant who had been working as a self-employed gardener when in December 2009 the First Defendant – insured by the Second Defendant – had negligently run over his left foot when mounting the pavement in the course of doing a U-turn.

The Claimant’s case was that he had been rendered permanently unfit to undertake basic activities involved in the gardening business. In particular, he alleged that the pain in his foot meant that he was unable to use either a telescopic ladder or a step-ladder. He argued that, but for the accident, he would have continued in his employment generating a net annual income of £38,000 for at least another five years. As to general damages, he alleged that his injuries fell within the “severe” category and sought an award of around £40,000. The Claimant sought a total award of damages in excess of £600,000.

The Defendants admitted liability for the Claimant’s losses up to August 2010, namely when he had returned to work, but argued that after that date the effect of the injuries resulting from the accident had ended. They relied on surveillance footage of the Claimant which showed him using a telescopic ladder and step-ladder after the accident. They also relied on a GP record and an old version of the Claimant’s CV which both indicated that the Claimant suffered from arthritis in his hands which had previously caused him to have to give up his gardening business.

The Court held that the surveillance footage demonstrated that the Claimant had been able to use a ladder in a conventional manner despite telling the experts something different. Further, it was clear from the GP record and his own CV that he had had a significant problem with his hands before the accident. In the context of assessing the extent to which the accident had affected his earning capacity, in particular his ability to undertake year-on-year work, having regard to the surveillance evidence, GP record and CV, his reliability as a witness of fact was clearly in doubt. In the light of that material, it was not possible to accept his evidence regarding the pain suffered and the effect it had had on his physical capacity.

Constitutional abnormalities had had an impact on the Claimant’s physical capacity. The Claimant’s expert had been unable under cross examination to explain the mechanism by which the Claimant’s trauma could cause his ongoing disability. The evidence of the Defendants’ orthopaedic expert was preferred as being more coherent, consistent and reasoned.

The Defendants’ methodology and approach to loss of earnings was also preferable. It was impossible to accept the Claimant’s assertion that he had been completely free from any injury before the accident which would have impinged on his ability to carry out his gardening business. There was no basis for the assumption advanced by him that his business would have continued week-on-week for at least another five years. His period of initial recovery until August 2010 was reasonable, and upon his return to work he had substantially recovered from the effects of the injury.

James is part of the Personal Injury team.