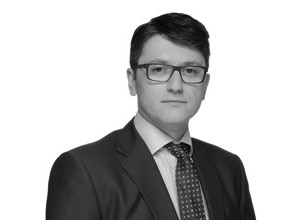 Matthew Kerruish-Jones was instructed to defend WYDL, a residential development company, and its director, for numerous alleged breaches of section 34 of the Environmental Protection Act 1990 at Aylesbury Crown Court.

The defendant company carried out renovation and refurbishment works on residential properties for its clients. It engaged the services of subcontractors and independent contractors to carry out contract works, including waste disposal.

On this particular occasion, WYDL had entered into a large works contract with a client to develop a property into residential flats. It was the responsibility of WYDL to ensure all waste was appropriately disposed of.

WYDL’s site foreman contracted an independent contractor, who had been used previously without any issue, to remove building waste from the site but failed to check that the contractor was an “authorised person” under the Act who was registered to remove waste or obtain a waste transfer notice from him.

On two occasions, waste from the site was deposited illegally, said to have been done so by the contractor and not the defendants, instigating a criminal investigation by Buckinghamshire Council.

Council investigators spoke to unidentified contractors on site who, apparently did not understand English. Thereafter, the company director of WYDL was invited to a PACE interview where she was unrepresented and was asked questions in relation to alleged breaches by the company and in her capacity as director.

At all stages, WYDL provided details to the prosecution of the offending waste contractor to assist the investigation.

It was alleged by the prosecution that the director had made admissions which amounted to confessions as to her individual culpability during a Police and Criminal Evidence Act interview.

The matter was transferred to the Crown Court. At the PTPH hearing, WYDL admitted breaches of the Act, but the director sought to strenuously deny them, and a trial was listed for late 2021.

The defence team, which by now was led by Jeremy Dein QC, made written applications to exclude the evidence obtained during the PACE interview pursuant to sections 76 and 78 of the Police and Criminal Evidence Act 1984 on the basis that the interview questioning was “confused, convoluted, equivocal and ambiguous and rendered any confession said to be attributed to the director, unreliable” (s.76). Alternatively, it was argued that the court should have regard to all the circumstances, including the circumstances in which the evidence was obtained (s.78).

In addition, the defence highlighted guidance taken from the Health and Safety Executive’s enforcement guidance which provides that when directors and companies are under investigation, separate interviews should be undertaken to prevent the exact situation that occurred in the index case.

Ultimately, upon reviewing the written applications prepared by the Jeremy and Matthew the prosecution offered no evidence against the director and the matter proceeded to sentence against the company alone, representing an extremely pleasing outcome for the director.

In his sentencing remarks, the Recorder of Aylesbury praised the effectiveness of the defence team’s written submissions and presentation of the case generally on behalf of the lay clients.

Significantly, the written submissions were said to have prompted a change in enforcement policy at Buckinghamshire Council in relation to investigations of breaches of the Environmental Protection Act 1990 underscoring the importance of challenging the propriety of such investigations.

The company received an extremely low fine and ordered to pay only half the prosecution costs at the sentencing hearing.