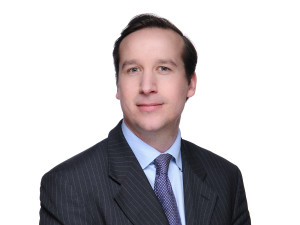 Tom Bourne-Arton was recently successful in having a case directed to the Attorney-General to consider whether to commence contempt of court proceedings pursuant to CPR 81 – following a successful application for permission to enforce costs following the Claimant’s discontinuance on the basis that the claim was fundamentally dishonest.

The case involved a road traffic accident. Claims Notifications Forms (CNFs) were sent for multiple Claimants, including the Claimant taxi driver, his wife, his son and a second woman. CCTV footage from the Defendant’s bus showed that there was no child and no women in the taxi, which was corroborated by the bus driver who examined the Claimant’s car when the vehicles had pulled over.

The Claimant brought a claim for personal injury and special damages – including repairs to his taxi.

The Defendant invited the other named CNF Claimants to add themselves to proceedings, and when they did not take up the invitation the Defendant brought additional claims against the son, wife and second woman seeking declarations from the court that they were not in the Claimant’s car at the time of the accident.

The Claimant’s solicitors then came off the record and shortly thereafter the Claimant discontinued his claim.

At the Defendant’s application for costs to be enforced on the grounds that the claim was fundamentally dishonest the judge accepted that:

He had no hesitation in finding that the claim was fundamentally dishonest and that the costs should be enforced.

The judge then acceded to Tom’s request for the case to referred to the Attorney-General to consider if contempt of court proceedings should be commenced on the grounds that the Claimant personally signed the particulars of claim and schedule of loss whilst knowing that doing so was to assist in an occupancy fraud.

Tom Bourne-Arton is part of the Personal Injury Team.