Home Knowledge Base Out and about: Travel Law in a Post-Brexit Landscape

Out and about: Travel Law in a Post-Brexit Landscape 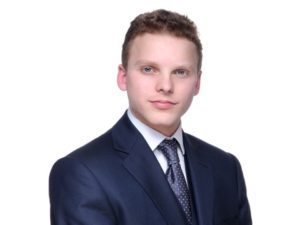 On 16th March 2017 the Queen gave the European Union (Notification of Withdrawal) Act 2017 Royal Assent following overwhelming support for the bill in the House of Commons. As most readers will be aware this Act gave the Prime Minister the power to notify the EU of the UK’s intention to leave the union under Article 50 of the Treaty of Lisbon, which she did on Wednesday 29th March 2017. The negotiations that will follow Article 50 being triggered will be some of the most complex that have ever been undertaken between nation states.

We are assured by the current administration that the “Great Repeal Bill” which will be introduced following exit from the EU will retain all the current rights that UK citizens enjoy (at least before a filtering process can be undertaken to remove the less desirable laws and re-bend our bananas) and simply remove the primacy of EU law currently enshrined under the European Communities Act 1972. This guarantee is all very well but what of those EU regulations/treaties which are not part of domestic legislation or only operate by the doctrine of direct effect?

Unfortunately for those who undertake cross jurisdictional litigation the answer to this question has produced a great deal of uncertainty. Much of the law governing jurisdiction, applicable law and enforcement is derived directly from treaties which the UK is only a signatory to by virtue of their membership of the EU. This article provides a whistle stop guide to the potential ways in which these issues may be resolved and the likely impact on those advising or acting in disputes involving non-contractual liabilities overseas. The article will also consider the implications of the outcomes should no deal be reached during negotiations.

As of 10th January 2015 whether a court will have jurisdiction over a civil dispute between residents of member states is decided by analysis of the Recast Brussels Regulations (Regulation (EU) No 1215/2012) aka. Brussels II. This provides a relatively straightforward framework by which the decision can be made. The treaty is signed by the EU on the UK’s behalf. Once Brexit occurs Brussels II will cease to be effective for UK courts, and will not be binding on EU member states where the only other party is a UK resident.

Obviously prior to Brussels II it was still possible for the courts of England and Wales to accept jurisdiction in civil claims between residents of member states but one has to go back some way to find the last treaty dealing with the issue which was signed by the UK in its own right. The 2001 Brussels Regulations (aka Brussels I), Brussels II, Lugano and the 2005 Hague Convention were all signed by the EU on the UK’s behalf. It is therefore likely that the Brussels Convention 1968 would apply by default, the provisions of this convention have been almost entirely superseded by the other treaties mentioned above (although by a bizarre quirk of international politics the 1968 convention is still applied in Aruba, Mayotte and the French Overseas Territories). By virtue of section 2(1) of the Civil Jurisdiction and Judgments Act 1982 the Brussels Conventions (being the 1968 convention and 1971 protocol) were given the force of law and they are therefore enshrined in domestic legislation.

Many of the provisions of the 1968 convention will be familiar to lawyers practicing in this field.  The general rule would remain that the court where the defendant is domiciled would have jurisdiction, and in tort cases the matter could also be brought in the country where the wrongful act occurred. However, there are crucial differences between the 1968 convention and the current Brussels II. These include; the further provisions on suing insurers that operate under Brussels II (particularly notable is the fact that beneficiaries can sue in their own country rather than suing the insurer in the country where they are domiciled and that there is no provision for agreement as to jurisdiction), further hurdles for enforcement that operate under the convention under the doctrine of exequatur, and the fact that the convention only applies to 15 of the 27 member states which would make suing in England and Wales for accidents occurring in ex-eastern bloc countries significantly more challenging. In any event, it is arguable that by the wholesale adoption of the Brussels II regime (save among the overseas territories mentioned above), the treaty has actually been displaced as between its signatories (by virtue of the Vienna Convention on the Law of Treaties) and would not even apply if any attempt was made to rely upon it. In this worst case scenario jurisdiction could only be decided under common law principles and any judgments could prove exceptionally hard to enforce.

So what options does the UK government have in terms of negotiation?

Of the options, 2) would appear to be the most likely (although it is noted that for complete coverage the Bar Council has recommended that options 2), 3) and 4) are taken in tandem), given the length of time which negotiations are likely to take it is possible that 1) will apply for a transitional period after the 2 year period for negotiation under article 50 elapses, although this would be far from ideal.

The certainty, particularly in cross border commercial disputes, which is provided by the Brussels regime will not be something easily given up. Governments from both sides of the negotiation are likely to have a degree of pressure exerted by businesses to maintain the status quo.

So what could this mean in practice? Inevitably with negotiations not yet in full swing it is not entirely clear what the final landscape will look like. Practitioners in this field will have to be aware, particularly if they have a long running dispute (e.g. a catastrophic injury case), that there is a risk of changes in the way that jurisdiction is decided and the way that judgment can be enforced. Given the potential effect on commerce and commercial contracts it is anticipated (and hoped!) that a scheme similar to that currently enjoyed will be negotiated for the benefit of all parties.

Choice of law in cases of non-contractual liability (save defamation) are currently decided (as of 11th January 2009) by analysis of a treaty known as Rome II (Regulation (EC) No 864/2007). Given the theme of this article readers will be unsurprised to find out that this treaty is unlikely to automatically apply post Brexit.

Unlike the decision as to jurisdiction, lawyers practicing in personal injury litigation will not simply be able to rely on the desire of the UK and the EU to protect the certainty of large scale commercial agreements. These are currently governed by Rome I and could be automatically replaced by the similarly worded Rome Convention which has the force of law in the UK under section 2 of the Contracts (Applicable Law) Act 1990 (although even this represents something of a step backwards).

If Rome II ceases to apply then English and Welsh law will default to that contained within the Private International Law (Miscellaneous Provisions) Act 1995. In respect of those cases with a UK national as a party and where jurisdiction is accepted by a member state Rome II will continue to apply. Under the 1995 Act the general rule will once again remain the same. The relevant law by which an action is to be assessed will be based on the law of the country where the tort occurred, or in the cases of personal injury in the country where the injury was sustained, but the devil is in the detail.

The primary differences between the regimes that personal injury practitioners may need to be aware of are:

Unlike the treaties dealing with jurisdiction there is nothing preventing the UK from adopting the provisions of Rome II as they do not require reciprocity. It is therefore most likely that the regulations will be adopted under the provisions of the Great Repeal Bill. If this does not occur then it will be necessary to be aware of the differences outlined above.

By virtue of Brussels II there is no current requirement for an application for a declaration of enforceability to be made so as to allow a foreign judgment from another contracting state to be enforceable (Art. 39). This was not the case with the Brussels or Lugano Conventions. It is therefore likely that, without signing up as an individual state signatory to Brussels II or forming a separate bi-lateral/multi-lateral agreement, lawyers requiring judgments to be enforced overseas would find this a more involved, difficult and time consuming process. If the Hague Convention 2005 is the only treaty entered into there are significant hurdles to cross-jurisdictional enforcement that practitioners will need to be aware of.

Travel law practitioners will be pleased to hear that it is unlikely that other provisions which they will be used to applying will be effected by Brexit.

While the Package Tour Regulations implement Council Directive 90/314/EEC they are unlikely to disappear from the statute books, particularly given the statements made by David Davis with regards to continuing protection for consumers. The only likely difference will be that construction of the regulations will no longer be influenced by decisions of the European Court of Justice.

The broad rights created by Regulation (EC) No 392/2009 on the Liability of Carriers of Passengers by Sea in the Event of Accidents are also likely to be preserved. This is by virtue of the Athens Convention relating to the Carriage of Passengers and their Luggage by Sea, 1974 and the 2002 Protocol to which the UK is a signatory in their own right. The force of the convention is enshrined in domestic legislation by section 183 of the Merchant Shipping Act 1995.

Likewise the Montreal Convention dealing with carriage by air is signed by the UK as an individual signatory.

There is no doubt that the spectre of Brexit creates a number of potential problems for those undertaking cross-jurisdictional litigation. While I would conclude that it is most likely that little will significantly change, practitioners should be alive to the possibility. This is particularly true if no agreement can be reached between the EU and the UK in relation to these issues within the 2 year time limit imposed by Article 50 of TEU. In this unhappy scenario the default provisions would have significant effects on the way that such disputes are brought, decided and enforced.

Frederick Lyon is part of the Personal Injury  and Travel Law teams.