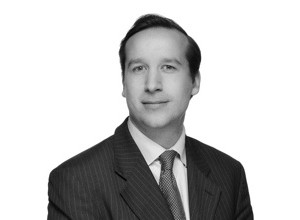 The claim involved a fatal accident when the deceased fell from a low sash window of his second floor hotel bedroom. Following an investigation the hotel pleaded guilty to offences contrary to s.3 Health and Safety at Work Act 1974.

At first instances HHJ Cotter QC found the hotel in breach of s.2 OLA 1957 and that the deceased contributed to his accident to the extent of 60% through his own negligence.

The main basis of the appeal to the Court of Appeal was summarised as being “the judge, having found the deceased had chosen to sit on the window sill, part out of the window, and had recognised and accepted the risk of falling from the window due to leaning too far out or losing his balance, erred in law in failing to apply the principle that a person of full age and capacity who chooses to run an obvious risk cannot found an action against a defendant on the basis that the latter has either permitted him to do so, or not prevented him from so doing.”

In relation to OLA 1957 the following provisions were highlighted by Davies LJ:

(1) The rules enacted by the two next following sections shall have effect, in place of the rules of the common law, to regulate the duty which an occupier of premises owes to his visitors in respect of dangers due to the state of the premises or to things done or omitted to be done on them.

(1) An occupier of premises owes the same duty, the ‘common duty of care’, to all his visitors, except in so far as he is free to and does extend, restrict, modify or exclude his duty to any visitor or visitors by agreement or otherwise.

(2) The common duty of care is a duty to take such care as in all the circumstances of the case is reasonable to see that the visitor will be reasonably safe in using the premises for the purposes for which he is invited or permitted by the occupier to be there.

(3) The circumstances relevant for the present purpose include the degree of care, and of want of care, which would ordinarily be looked for in such a visitor, so that (for example) in proper cases—

(a) an occupier must be prepared for children to be less careful than adults; and

(b) an occupier may expect that a person, in the exercise of his calling, will appreciate and guard against any special risks ordinarily incident to it, so far as the occupier leaves him free to do so.

(4) In determining whether the occupier of premises has discharged the common duty of care to a visitor, regard is to be had to all the circumstances, so that (for example)—

(a) where damage is caused to a visitor by a danger of which he had been warned by the occupier, the warning is not to be treated without more as absolving the occupier from liability, unless in all the circumstances it was enough to enable the visitor to be reasonably safe; and

(b)where damage is caused to a visitor by a danger due to the faulty execution of any work of construction, maintenance or repair by an independent contractor employed by the occupier, the occupier is not to be treated without more as answerable for the danger if in all the circumstances he had acted reasonably in entrusting the work to an independent contractor and had taken such steps (if any) as he reasonably ought in order to satisfy himself that the contractor was competent and that the work had been properly done.

(5) The common duty of care does not impose on an occupier any obligation to a visitor in respect of risks willingly accepted as his by the visitor (the question whether a risk was so accepted to be decided on the same principles as in other cases in which one person owes a duty of care to another).

Davies LJ then held as follows:

S.1(1) OLA 1957 replaces the common law rules and regulates the duty which an occupier of premises owes to visitors in respect of dangers due to the state of premises or to things done or omitted to be done to them.

b) A bed was placed across some two-thirds of the width of the window.

c) The lower part of the sash window would not remain in the open position but would fall under gravity.

d) The deceased was able to open the lower sash of the window and kept it open by sitting on the still in a slightly, but not very, awkward position.

e) His balance altered and he fell.

f) At the time there was an identified risk which arose from the state of the premises, namely the ability to fully open the lower sash of a window with a low sill which gave rise to the risk of a person falling out of it.

g) The window was not safe for all normal activities as, if opened, which is the very purpose of sash windows, it presented the risk of a fall as it was so low relative to the centre of gravity of many adults.

h) The cost of restrictors for the sash window was £7 or £8.

4. There is no absolute principle that a visitor of full age and capacity who chooses to run an obvious risk cannot found an action against an occupier on the basis that the latter has either permitted him so to do, or not prevented him from so doing. In reaching this determination Davies LJ considered previous cases, including Tomlinson, Cook, and Edwards.

a) In relation to Tomlinson she made the point that reference to s.2 OLA 1957 cannot be said to be the ratio of the case (being a case brought under OLA 1984) and that Lord Hoffman appeared to be placing the principle relating to a claimant’s acceptance of the obviousness of a danger as one element in the balancing exercise going to the reasonableness assessment pursuant to s.2(2) OLA 1957. Lord Hoffman balances the obviousness of the danger against the social and financial cost of precautions.

b) In Cook Hamblen LJ treated the obviousness of the danger as going to the issue of reasonableness for the purposes of s.2(2) OLA 1957.

c) In Edwards the obviousness of the danger did not operate as an absolute defence, but as one element of the balancing exercise (which included the character of the bridge being significantly altered by side barriers).

Having considered these case Davies LJ held: “What a claimant knew, and should reasonably have appreciated, about any risk he was running is relevant to that analysis and, in cases such as Edwards and Tomlinson, may be decisive. In other cases, a conscious decision by a claimant to run an obvious risk may, nevertheless, not outweigh other factors: the lack of social utility of the particular state of the premises from which the risk arises (the ability to open the lower sash window); the low cost of remedial measures to eliminate the risk (£7 or £8 per window); and the real, even if relatively low, risk of an accident recognised by the guilty plea.”

5. The defence of volenti non fit injuria is expressly preserved in s.2(5) OLA 1957. It presupposes a tortious act by the defendant and the test is a high one – “Knowledge of the risk is not enough. Nor is a willingness to take the risk of injury. Nothing will suffice short of an agreement to waive any claim for negligence. The [claimant] must agree, expressly or impliedly, to waive any claim for any injury that may befall him due to the lack of reasonable care by the defendant.” (as per Lord Denning in Nettleship v Weston [1971] 2 QB 691 at 701). If the defence is to succeed it must be shown that the deceased was fully aware of the relevant danger and consequent risk. To make a finding that the deceased, a visitor, should possess greater knowledge than the occupiers of the premises is a considerable step to take. The deceased’s actions went to contributory negligence and not volenti non fit injuria.

6. The Judge did err in holding that, as a matter of law, an occupier who was in breach of his statutory duty under section 3910 of the 1975 Act was ipso facto in breach of his duty to a visitor under OLA 1957.