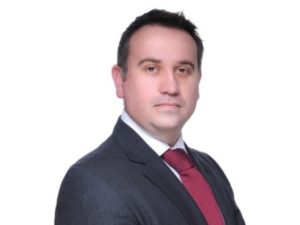 Carwyn Cox takes a look at the the Judgment of Mr Justice Dingemans in the case of Walsh v The Council of the Borough of Kirklees [2019] EWHC 492 (QB) which is a timely reminder of the burden and standard of proof that rests on the Claimant in cases brought under section 41 Highways Act 1980 and the need to ensure that photographic evidence is available to establish the size of the defect complained of.

The Claimant appealed against the dismissal of the claim at first instance. The relevant facts are that the Claimant was injured when cycling. She followed her partner onto a roundabout and struck a pothole, which caused her to lose control and to suffer injury.

Whilst the Judge at first instance accepted that the Claimant had fallen as a result of hitting the pothole, the claim was dismissed on the basis that there was insufficient evidence to say that it presented a “real source of danger” (the requirement set out in Mills v Barnsley Metropolitan Borough Council [1992] PIQR p.291).

At first instance the Judge did have photographs available that had been taken by the Claimant’s partner following the accident, as well as photographs taken by an employee of the Council as part of the investigation into the claim. The photographs taken by the employee of the Council were “almost entirely useless” in the view of the trial judge. The photographs provided by the Claimant’s partner were of limited assistance due to the fact that they failed to consider the effect of material within the pothole that impacted on the ability to accurately assess its dimensions.

It was common ground at the appeal hearing that the Claimant bore the burden of proving that:

(a) The highway was in such a condition that it was dangerous to traffic or pedestrians.
(b) The dangerous condition was created by the failure to maintain or repair the highway; and
(c) The injury or damage resulted from such a failure.

This is, of course, a repeat of the test set out in Mills v Barnsley Metropolitan Borough Council [1992] PIQR p.291.

The appeal was dismissed on the basis that the trial judge was right to find that:

‘there was not enough reliable evidence of the dimensions or condition of the pothole to say it was more likely than not that it presented a real source of danger’. This is because it is not possible to determine what effect the road material underneath the tape measure, together with the road material in that part of the relevant area nearest to the roundabout, had on the measurements of the pothole, either using the photographs at page 151 and 152 of the trial bundle, or the enlarged copies of the same photographs at pages 303 and 304 of the trial bundle. ‘

It is apparent that the judge took careful note of all the relevant evidence and placed considerable reliance on the evidence of the inspectors when making the finding of fact that Ms Walsh had not proved that the pothole presented a relevant danger. All of this was a question of fact for the judge. There was, in my judgment, no justiciable error of approach which would permit me to set aside the finding that was made by the judge.” [paragraphs 26 and 27 of the Judgment].

The Judgment is available on BAILII.

Carwyn regularly acts for local authorities in claims brought under the Highways Act.