Home Knowledge Base Resiling from an Admission – A Case Review

Resiling from an Admission – A Case Review 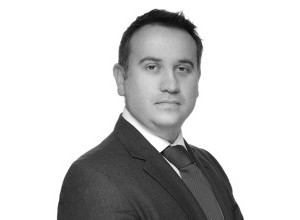 Counsel Carwyn Cox, instructed by Kennedys Solicitors,  successfully acted for a local authority in their application to resile from an admission of liability in a case heard in Medway County Court on 25th February 2020, arising from a tripping accident that took place on 4th June 2016.

The case began life on the Portal with a statement of value of up to £10,000.  An admission was sent admitting breach of duty, not raising contributory negligence, but only leaving quantum as an outstanding issue in July 2017.

On disclosure of the medical evidence in support of the claim, and after the medical records were obtained, doubts were raised as to the accident circumstances.  Furthermore the value and complexity of the claim had increased, with the Claimant likely to obtain experts from several disciplines.

Whilst it was arguable that the admission still left causation open, the decision was taken to resile from the admission.  The Claimant refused to consent and issued proceedings increasing the value of the claim so that it would be allocated to the Multi-Track.  The Defendant made a formal application to resile when filing the defence on 8th December 2019.

At the hearing of the application Carwyn took the Court through the matters set out above and highlighted that new evidence had come to light, that the Defendant would suffer prejudice if not able to resile given the increase in value,  that the claim was in its infancy, that the Defendant had real prospects of successfully challenging causation and that it was in the interests of the administration of justice to grant the application.  Carwyn highlighted the factors at paragraph 7.2 of the Practice Direction to Part 14 and took the Court to the cases of Woodland v Stopford, Maxwell and the Swimming Teachers Association [2011] EWCA Civ 266 and Wood v Days Healthcare UK Ltd and others [2017] EWCA Civ 2097.

The Claimant argued that they were prejudiced by not being able to obtain a witness that may have seen the accident and that they had been put to expense by the Defendant who had delayed in making the application.

Having considered all of the matters set out above, the Judge decided that there was new evidence that was not available at the time that the admission was made, that the prejudice to the Defendant would outweigh the prejudice to the Claimant, that there were real prospects of defending the case and that it would be in the interests of the administration of justice to grant the application.

Carwyn Cox, a member of Farrar’s Building, accepts instructions from both Claimants and Defendants. He frequently delivers training seminars and workshops upon request. Any such request should be made to the Farrar’s Building Clerking Team.