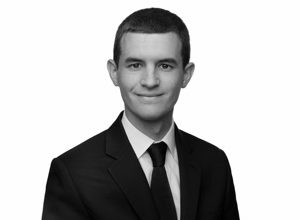 In fact, Ms Meadows was a carrier of the gene. She gave birth to a boy who suffered from haemophilia and also from autism, the latter condition being unrelated to the Defendant’s negligence. Had she been advised that she was a carrier of the gene, Ms Meadows would have terminated the pregnancy and her son would not have been born. She brought a claim for the costs of looking after her child.

The question before the Court was whether the Defendant was liable for the costs of bringing up the disabled child who has both conditions or only for those costs which are associated with the hereditary disease.

Similar questions of the scope of a tortfeasor’s duty of care have arisen in different professional negligence contexts. In 1997 the House of Lords in South Australia Asset Management Corpn v York Montague Ltd [1997] AC 191 held that, “a defendant is not liable in damages in respect of losses of a kind which fall outside the scope of his duty of care”. This has come to be known as “the SAAMCO principle.”

The matter under consideration was whether these principles applied to the clinical negligence cases, and if so how they should be applied.

In the High Court, Yip J had awarded damages largely on the basis that the Defendant was liable for the additional sums associated with the son’s autism. She relied on two wrongful birth cases that went to the Court of Appeal, each of which upheld damages associated with conditions unrelated to the negligence of the medical practitioners (Parkinson v St James and Seacroft University Hospital NHS Trust and Groom v Selby).

The Supreme Court upheld the Court of Appeal’s decision and set out six questions to be applied:

(1) Is the harm (loss, injury and damage) which is the subject matter of the claim actionable in negligence? (the actionability question)

(2) What are the risks of harm to the claimant against which the law imposes on the defendant a duty to take care? (the scope of duty question)

(3) Did the defendant breach his or her duty by his or her act or omission? (the breach question)

(4) Is the loss for which the claimant seeks damages the consequence of the defendant’s act or omission? (the factual causation question)

(5) Is there a sufficient nexus between a particular element of the harm for which the claimant seeks damages and the subject matter of the defendant’s duty of care as analysed at stage 2 above? (the duty nexus question)

(6) Is a particular element of the harm for which the claimant seeks damages irrecoverable because it is too remote, or because there is a different effective cause (including novus actus interveniens) in relation to it or because the claimant has mitigated his or her loss or has failed to avoid loss which he or she could reasonably have been expected to avoid? (the legal responsibility question)

Application of this analysis gives the value of the claimant’s claim for damages in accordance with the principle that the law in awarding damages seeks, so far as money can, to place the claimant in the position he or she would have been in absent the defendant’s negligence.

Applying these questions to the clinicial negligence context, the Supreme Court held that,

The Court held that in certain cases, the operation of the “SAAMCO counterfactual” would be an appropriate analytical tool to consider which losses fall within the scope of the duty. This asks,

what would the claimant’s loss have been if the information which the defendant in fact gave had been correct?

In many cases, the analysis will be straightforward and there will be no need to ask the counterfactual question. A surgeon who negligently performs an operation will be liable for physical injury and consequent economic loss to the patient. However other cases merit consideration as to whether which consequences of the negligent advice fall within the scope of the duty.

The wrongful birth cases cited in the High Court’s judgment (Groom and Parkinson) were distinguished on the basis that in those cases the object of the service undertaken was to prevent the birth of any child. Consequently the added economic costs of caring for a child with disability was within the scope of the defendant’s duty.

On the facts of Ms Meadows’ case, (in answer to the scope of duty question) the purpose of the services provided were stated as follows:

“The purpose of the consultation was to put [Ms Meadows] in a position to enable her to make an informed decision in respect of any child which she conceived who was subsequently discovered to be carrying the haemophilia gene.”

Answering the duty nexus question: the law did not impose on Dr Khan any duty in relation to unrelated risks which might arise in any pregnancy. It follows that Dr Khan is liable only for the costs associated with the care of Ms Meadow’s son insofar as they are caused by his haemophilia.

Khan v Meadows sets out the analysis that must be followed when determining the extent of a Claimant’s losses for which a defendant medical professional is liable. A simple application of the “but for” test or the principle that damages are to put the claimant in the position she was in before the tort will not provide a satisfactory answer to every case.

The relevance of the scope of duty question, and proper consideration of the purposes of the services being provided by the medical professional cannot now be disputed or ignored. In many clinical negligence cases, the damages being claimed will straightforwardly fall within the scope of the Defendant’s duty. However, all advisors should have Khan v Meadows well in mind when dealing with clinical negligence disputes going forward and it is likely that many existing cases will need to be reviewed.

As for wrongful birth cases, a distinction was drawn between previous cases in the Court of Appeal, where the medical services were designed to prevent the birth of any child, and this case, where the services were designed to provide proper information about a particular risk associated with child birth. Tom Emslie-Smith comments that careful consideration will need to be given to these cases in future as there may well be fine distinctions to be drawn according to the kind of care or advice with which the case is concerned.