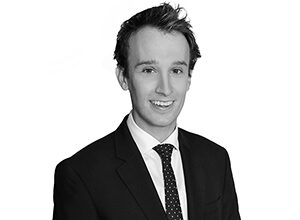 It is common for arguments relating to contributory negligence to be raised in relation to road traffic accidents. It is worth noting that, in the past few weeks, the Court of Appeal has handed down two judgments concerning this particular issue.

Gul – the facts and apportionment

Gul related to a road traffic accident that occurred on 17 October 2015. The Claimant, a boy aged 13, was hit – and seriously injured – by the Defendant’s motor vehicle while crossing a road. The Defendant had been travelling at 40mph in a 20mph zone. His Honour Judge Mark Gargan, sitting as a Deputy High Court Judge, ordered that the Claimant could recover 90% of the damages that he was awarded. The Judge found the Claimant to have been 10% contributory negligent. The Court of Appeal upheld that finding.

Campbell – the facts and apportionment

Campbell related to a road traffic accident that occurred on 9 August 2016. On the evening of the accident, the Claimant had been out drinking with friends. He drunk so much that he was ejected from a nightclub. He was then put in a car by his friends. At first, he was put in the front passenger seat. An hour later, just prior to the car being driven off, he was then moved to the back of the car. However, critically, it was found that he was not unconscious when he was moved to the back of the car. Had he been unconscious, he would not have been able to consent to being driven by the driver.  The driver, who had been drinking heavily, subsequently caused a collision with a lorry. As a result of the collision, the Claimant suffered catastrophic injuries. The trial judge found the Claimant to have been 20% contributory negligent. The Court of Appeal refused to interfere with that finding, merely stating that that apportionment was not wrong.

In both cases, the Court of Appeal considered the law in relation to contributory negligence. The starting point is the Law Reform (Contributory Negligence) Act 1945 (‘the 1945 Act’). This states as follows:

“Where any person suffers damage as the result partly of his own fault and partly of the fault of any other person or persons, a claim in respect of damage shall not be defeated by reason of the fault of the person suffering the damage, but the damages recoverable in respect thereof shall be reduced to such extent as the court thinks just and equitable having regard to the claimant’s share in the responsibility for the damage.”

The wording of that section gives rise to three questions [see Gul at 29]:

In respect of the first question, the Court of Appeal clarified that ‘fault’ does not mean a breach of a legal duty owed to someone else. Nugee LJ observed that it simply means the Claimant failed to take reasonable care as he should have done for his own safety or property  [see Gul at 31]. The Court of Appeal, in Campbell, commented that this was an objective – and not a subjective – question [see Campbell at 49]. The Court, in Campbell further commented that it is necessary to take into account at least some characteristics of the individual Claimant – age, for instance [see Campbell at 49].

In respect of the second question, the Court stated that it is sufficient if the Claimant’s fault is one of the causes of the damage [see Gul at 32]. In respect of the third question, the Court of Appeal observed that, by the express terms of s.1(1) of the 1945 Act, the Court is required to have regard to the Claimant’s share in the damage [see Gul at 33]. The Court of Appeal further observed that it would be inappropriate to constrain the open-ended discretion conferred by the 1945 Act.

In Gul, the Court of Appeal accepted that a 13 year old Claimant was old enough to be found contributory negligent, with the Court stating that there is a body of caselaw establishing that teenagers can be found contributory negligent. The Court held that the trial judge had been entitled to conclude that the Claimant’s fault was one of the causes of the damage. The trial judge found that, had the Claimant (i) waited for the Defendant’s vehicle to pass or (ii) kept his eye on the vehicle as he crossed, the collision would have been avoided. The Court held that a reasonable 13 year old would have kept the Defendant’s car under observation, and could have sped up his crossing of the road in order to avoid being hit by the car.

In Campbell, the Court of Appeal ruled that the Claimant, who was seeking damages for injuries sustained in a car crash, “will not avoid a finding of contributory negligence” where they should have appreciated that the driver of a car was too drunk to drive safely. The Court of Appeal held that the drunkenness of the Claimant did not discharge them from a finding of contributory negligence.

Gul provides a reminder that teenagers (as young as 13) may, when bringing claims, have findings of contributory negligence made against them. Indeed, in Gul, the Court of Appeal observed that ‘there is no hard and fast rule as to the age at which a child may be held to have been guilty of contributory negligence’ [see Gul at 11]. The Court of Appeal went on to note that ‘counsel could find no reported cases in which a finding has been made against a child under the age of 8’ [see again Gul at 11].

Campbell confirms the settled position that intoxicated Claimants may have findings of contributory negligence made against them unless it can be proved that they were so drunk as to have been unconscious. Therefore, a Claimant will not be able to rely on his own drunkenness and consequential lack of insight.

Review by Richard Ive, a Third-Six pupil at Farrar’s Building.