Home Knowledge Base A judge has discretion to grant relief from sanctions without a formal application or any application at all, Court of Appeal reaffirms

A judge has discretion to grant relief from sanctions without a formal application or any application at all, Court of Appeal reaffirms 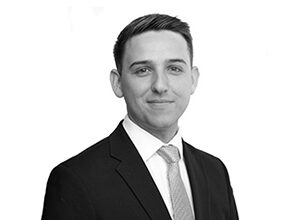 In Park v Hadi and Another [2022] EWCA Civ 581, the Court of Appeal (Holroyde, Stuart-Smith and Warby LJJ), reaffirmed the principle that a judge may, of her own discretion, grant relief from sanctions without formal notice or without any application at all. The Court went on to issue guidance as to how this judicial discretion ought to be exercised, observing that a judge should always act in accordance with the overriding objective and will likely only exercise her discretion to grant relief sparingly.

The Facts and Procedural History.

On 5 July 2019, the Respondent obtained a without notice injunction to restrain the Appellants’ activities. This was discharged by consent on 12 July, and the Respondent was ordered to pay costs to the Second Appellant and serve his Particulars of Claim. The costs were never paid.

Particulars were served, and the Appellants filed a Defence and Counterclaim. No Defence to the Counterclaim was served, and the Appellants applied for strike out and/or summary judgment. The matter came before Lavender J. The Respondent was unrepresented but received assistance from a McKenzie friend. Lavender J warned the Respondent that there would be no further toleration of non-compliance with court orders. An unless order was made requiring the Respondent to, by 4pm on 18 June 2020, amend his claim form, file witness statements and serve a Reply and Defence to Counterclaim.

At 3.55pm on 18 June 2020, the Respondent sent his documentation to the court via email. Regrettably, one of his documents could not be opened in the court office. By the time this was resolved, the documents were then received by the Appellants’ solicitors at 4.33pm on 22 June.

The matter came before Freedman J. The Appellants complained that service had not been effected and that the sanction contained in the unless order should bite. There was no formal application for relief from sanctions from Mr Park. However, Freedman J granted relief on the basis of an oral application made by Mr Park’s McKenzie friend. Freedman J concluded that he had the power to grant relief absent a formal application pursuant to CPR 3.9.24. He then went on to consider the three limbs of Denton and to grant the Respondent relief.

The Court of Appeal’s Decision.

The Appellants appealed to the Court of Appeal on the basis that Freedman J was wrong to grant relief and that he should have ordered the Respondent to satisfy previous costs orders as a condition of him continuing his claim.

The Respondent was represented before the Court of Appeal by Ryan Ross, acting pro bono via Advocate.

The appeal was dismissed. Holroyde, Stuart-Smith and Warby LJJ held that:

The Court went on to find that Freedman J did not act outside of these principles. Neither did he act outside of his discretion in refusing to order the Respondent to satisfy previous costs orders as a condition of continuing with his claim.

Accordingly, the Court dismissed the appeal and made a pro bono costs order in respect of the legal representation received by the Respondent.

There has been a line of decisions from the Court of Appeal to the effect that relief can be granted absent an application, albeit there has been little guidance as to how judicial discretion ought to be exercised. Practitioners will undoubtedly welcome that some guidance has now been provided.

It would follow from the Court’s decision that the granting of relief absent a formal application will be rare, and perhaps only likely to occur in situations where the parties are agreed.

Indeed, it is of note that the Court held that the factors relevant to considering whether to grant relief absent a formal application will likely also be relevant to the three limbs of Denton. The logical conclusion is that minor or trivial breaches are most likely to benefit from informal applications for relief. It is certainly hard to see how the Court’s judgment robs from or otherwise undermines the importance of CPR 3.9 or of Denton.

For the Court of Appeal’s determination, please see here.

Lewis Scott is a Pupil Barrister at Farrar’s Building. Ryan Ross acted for the successful Respondent.